One of the biggest lies told by our corrupt and rotting DC Media is the one that states that the children of politicians are off-limits. Unwritten or unspoken, there is no such rule. There is, of course, a strictly-enforced DC media rule about the children of Democrat politicians being off-limits. The children of Republican politicians, however, have always been fair game — and I’m not talking about in the left-wing fever swamps, but in mainstream outlets such as the Washington Post, CNN, NBC News, The Atlantic, The Daily Beast, and Salon.

An excellent example of this double standard occurred almost exactly a year ago when Elizabeth Lauten, a no-name Capitol Hill staffer, took to Facebook to criticize the behavior of President Obama’s two lovely teenage daughters during the President’s annual turkey pardon ceremony.

As documented by the Washington Free Beacon, the DC Media lost its ever-loving mind over this. Network news vans camped outside of the home of Lauten’s parents, the Washington Post  “assigned one of its foreign affairs correspondents to comb through an archive of columns Lauten wrote for her college newspaper in 2006 and 2007. …  Both ABC’s Good Morning America and NBC’s Today show devoted segments to the controversy on Sunday and Monday[.]”

Lauten apologized but still lost her job as a Communications Director for a Republican Congressman. And I am in no way defending her. Children of politicians should be off-limits. They are civilians, bystanders, innocents who should be allowed to live their own lives, enjoy their own opinions, and make their own mistakes without being dragged onto the national stage and used as a billy club against their parents.

It is just a fact that the DC Media do not see Republicans as humans. We are worse than Nazis to them, we are “things” that must be annihilated, grinded into dust, and poured into an active volcano. Make no mistake, these people despise us, and the ongoing attacks against our children are part of a rather ingenious and coordinated DC Media plot to intimidate.

The idea is to make things so nasty and so ugly, no decent Republican will enter politics. Moreover, as you’ll see below, the DC Media is desperate to destroy Republican families that might be appealing to voters. Granted, sometimes it’s just venomous hate, but there is a bigger agenda at work here, and no doubt a coordinated one.

Below  are some recent examples. Again, keep in mind that this is not “Saturday Night Live,” or a comedian, or a partisan talk show host, or some website no one has heard of. These examples represent  mainstream outlets widely accepted as such within the mainstream DC media.

The Washington Post not only published this cartoon, Republican Senator Ted Cruz was attacked by the Post for using his own young daughters as “props.” A Post staffer has declared the daughters “fair game.” 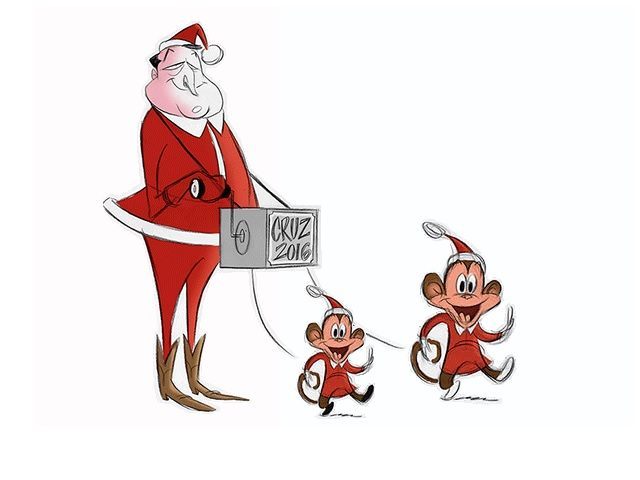 Cruz’s daughters, Catherine and Caroline are 4 and 7 years-old!

Keep in mind, as I mentioned above, that this is the same Washington Post that “assigned one of its foreign affairs correspondents to comb through an archive of columns Lauten wrote for her college newspaper in 2006 and 2007,” after this no-name staffer criticized President Obama’s daughters in a personal Facebook post last year.

In the DC Media, Republican children are fair game, but God help you if you criticize the children of Democrats, even in a personal Facebook post.

Plenty of WaPo staffers okayed the cartoon, and as of now all of them, including the cartoonist, still have jobs.

CNN obtained audio of Governor Sarah Palin’s daughter Bristol reporting an alleged physical assault to the police. If you are anything close to a human being, the recording is objectively harrowing, a frightened young mother describing a brutal physical and verbal assault to authorities.

Before playing the audio, a delighted CNN told its audience to “sit back and enjoy” the audio, and added   that the recording is “quite possibly the best minute and a half of audio we’ve ever come across, come across in a long time anyway.”

We’re talking about CNN here, so obviously there were no consequences. Because the orders to mock Bristol Palin probably came from CNN chief Jeff Zucker, the anchor is still on the air. The network never apologized.

You can hear panelist Pia Glenn singing the lyrics to the “Sesame Street” song, “One of these things doesn’t belong here.” After finishing the ditty, Glenn says, “And that little baby, front and center, would be the one.”

Dean Obeidallah then attacks the child as token, “”I think this picture is great. It really sums up the diversity of the Republican party, the RNC. At the convention, they find the one black person.”

Melissa Harris-Perry still has her own show and Dean Obeidallah’s career took off as a result. He is now a regular contributor at the Daily Beast and an on-air contributor at — where else? — CNN.

Throughout the 2008 presidential campaign, in order to freak-show Sarah Palin’s attractive, everyday family, The Atlantic launched a vicious and relentless smear campaign that claimed Palin’s daughter Bristol was the mother of Trig Palin.

None. In fact, while pretending to debunk it, the DC Media gave the conspiracy a ton of play.

After describing Governor Palin as a “GILF” (Governor I’d Like to F***), in 2008, The Daily Beast went on to mock the names of the Palin children before singling out Bristol:

I was eager to see whether Bristol would follow in her parents’ creative-naming footsteps or pick the kind of mass-marketed name favored by other teenage moms: Kayden, say, or Ashton. Tripp is, well, kind of trippy, and certainly unfortunate in view of his paternal grandma’s recent drug arrest. But it’s a more creative choice than those made by other famous young moms: Jamie Lynn Spears’ Maddie Briann, for example, or Charlotte Church’s Ruby Megan.

Its only real problem may be that it seems less like the independent choice of the baby’s young parents and more like the continuation of an established family dynasty.

Nobody ever faces consequences at The Daily Beast for anything.

The 2001 headline, sub-headline, and photo say it all:

President Bush downplayed his own drinking problem and hid a DUI. Now his daughters are making news for underage drinking. Is there a connection? 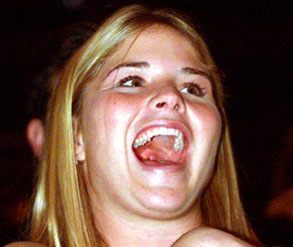 Joan Walsh, the author of the attack, is a regular fixture on cable news.

The Media Research Center’s Tim Graham was good enough to remind me of this.

If there was a button the DC Media could press that would destroy Republicans and their children, the only fight would be over who gets to press it.