In fact, nationally and in New Hampshire, things are actually worse for Hillary than they were in 2008: 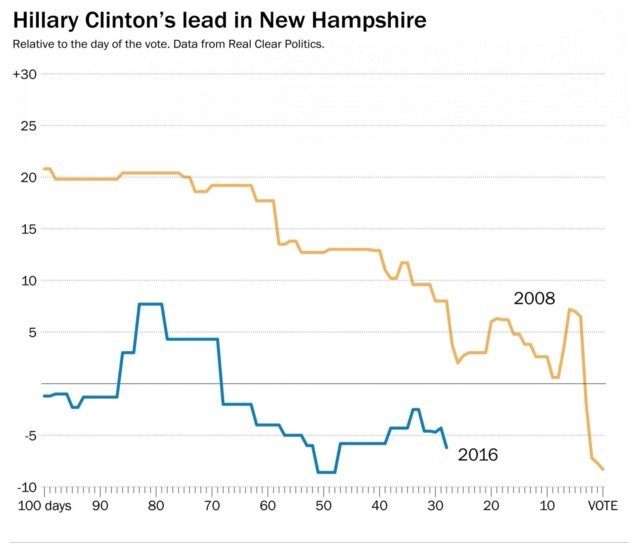 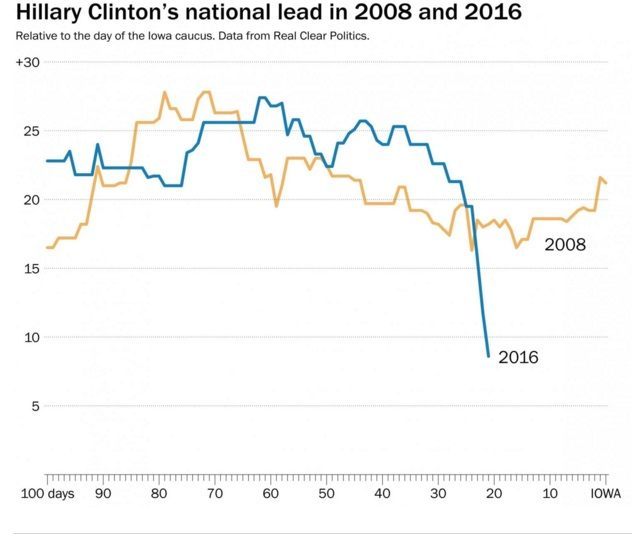 The left-wing Washington Post reveals that Democrats are worried:

Some leading Democrats are increasingly anxious about Hillary Clinton’s prospects for winning the party’s presidential nomination, warning that Sen. Bernie Sanders’s growing strength in early battleground states and strong fundraising point to a campaign that could last well into the spring.

What seemed recently to be a race largely controlled by Clinton has turned into a neck-and-neck contest with voting set to begin in less than three weeks. …

One Clinton ally on Capitol Hill said some in the party are starting to seriously consider what it would mean for Democrats nationally if Sanders were to win. …

The central fight among Democrats could come down to how voters will perceive Sanders, the wispy-haired 74-year-old former mayor of Burlington, Vt.,and whether they think his ideology could be a help or a hindrance.

“I’m deeply concerned that in November swing voters are not going to vote for a socialist,” said Israel, who is retiring.

Less than three weeks out and all the momentum is with Bernie Sanders, and all the Benghazi Bungler has in response is to use her own daughter to spread lies.