Long lines formed outside the school ahead of the 5 p.m. start time, and many of the hundreds of Nevadans in attendance told Breitbart News that they had never participated in a caucus before. 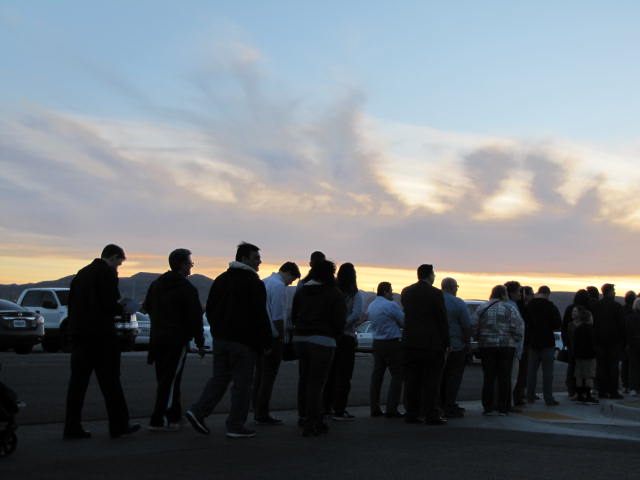 Voters registered by precinct and received a paper ballot, then headed to a designated table or classroom to deliberate, debate and hear from surrogates representing each of the presidential candidates, who were allowed just two minutes to plead their candidates’ cases.

Texas Lt. Gov. Dan Patrick spoke for Cruz, urging caucus-goers to be wary of frontrunner Donald Trump. Patrick cautioned that Cruz was the “only conservative” in the race.

TX Lt. Gov @DanPatrick speaks for Cruz at #NevadaCaucus: He’s the “only conservative” in the race. pic.twitter.com/bNuDOizG7b

Of course, others disagreed.

“On the economy side, it’s very clear that Donald Trump will help us out,” one attendee, who described himself as a small-business owner, told Breitbart News. “I just get this strong feeling that he’s done it before. He may be a little rough around the edges, but I think he can get things done.”

Many families brought young children to the event, even though they couldn’t vote. “We just want him to learn about the process,” Don, 52, said of his son, before telling Breitbart News he had voted for Trump. 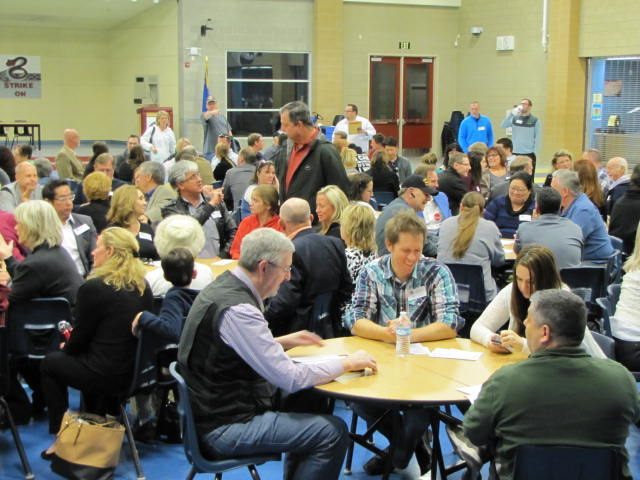 Adrian said he’d driven from Phoenix, Arizona to Las Vegas to help get out the vote for John Kasich. “We’re not expecting a top-two finish here,” he conceded, but theorized that the Ohio governor could siphon enough votes from Sen. Marco Rubio in Nevada and the SEC primary states on March 1 to keep the race competitive until March 15, when Ohio holds its primary.

Elsewhere in the state, Donald Trump joined caucus-goers at Palo Verde High School in Summerlin, where a high turnout reportedly led to chaos at the registration tables.

TX Lt. Gov @DanPatrick speaks for Cruz at #NevadaCaucus: He’s the “only conservative” in the race. pic.twitter.com/bNuDOizG7b

Caucus-goers at the site took to social media to report about identification issues, confusion surrounding where to vote and an insufficient amount of paper ballots.

Two voters at Palo Verde HS caucus site tell me ballots handed to them w/out checking IDs to see if voters are reg’d & eligible.

Results from the Nevada caucus were expected to begin streaming in at around 8 p.m. PT.

Michelle Moons contributed to this report.