HOUSTON, Texas — GOP presidential candidate and Texas Ted Cruz spoke to a packed house at the Harris County Lincoln-Reagan dinner. There were more than 1,200 Republicans gathered to hear their fellow Houstonian.

Harris County Republican Party Chairman Paul Simpson said the event “was even bigger than last year.” He said he was pleased to have such a large group at the time of the GOP debates. Simpson added, “This is an exciting time to be a Republican.”

Many of the issues that the Texas senator talked about during his speech echoed that which he said during his talk earlier in the day to Texans gathered at a rally. Breitbart Texas was at the event and reported what the senator said to the crowd of hundreds of enthusiastic supporters who were there to greet him.

Cruz was in Houston to speak at the event, and to take part in the GOP presidential debates at the University of Houston on Thursday night.

Cruz was introduced by his former boss, Texas Governor Greg Abbott. Cruz worked for the governor when he was attorney general. The senator served in Abbott’s administration as solicitor general. 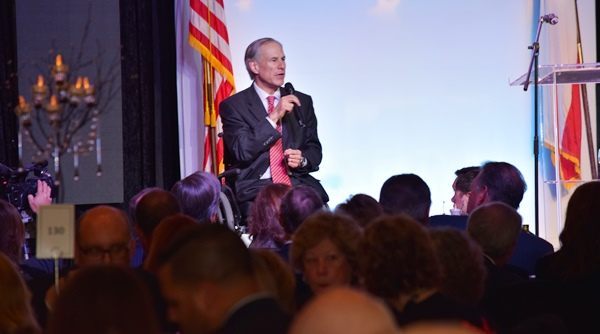 Cruz was greeted by Abbott at the rally earlier in the day and Abbott enthusiastically endorsed the presidential candidate. His ringing endorsement was reported by Breitbart Texas. Many of the things he said about his former solicitor general were also said during the rally. Cruz called Governor Abbott a “friend and mentor.”

Abbott echoed the urgency and the fragile state of freedom. Like he told supporters at the rally earlier in the day, Abbott said the country was at a crossroads. He said the nation needs a president that can lead the nation down the right path. Both Cruz and Abbott referenced, as did Ronald Reagan, that Americans were just one generation away from losing their freedom.

Cruz told the over thousand Republicans gathered that he has fought for them and would continue to do so. He said, “What the media wants is for us to just give up.” He said they want us to believe that “There is nothing to be done.” 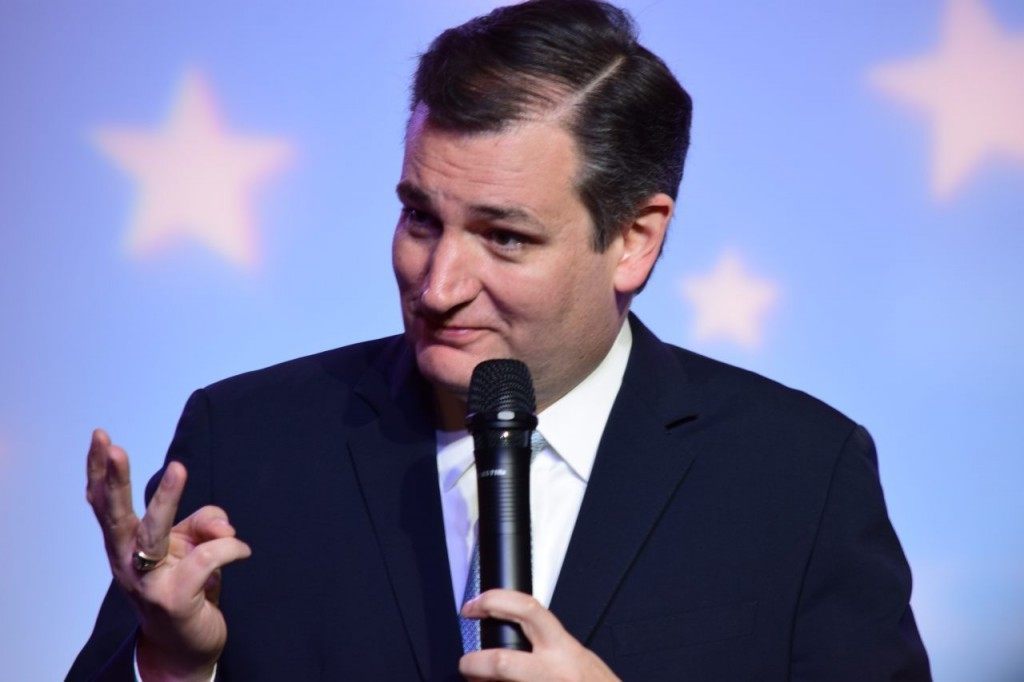 Cruz went through the cases he defended for the state as Texas’ solicitor general. He said he fought for “One Nation Under God” and for the Second Amendment right to keep and bear arms. He said he has fought against amnesty, and stood for pro-life issues, for traditional marriage and religious liberty.

On his first day as president, Cruz promised to rescind “every illegal and unconstitutional executive action” taken by President Obama. He also said he would direct the Department of Justice to investigate and prosecute “any and all criminal violations” of Planned Parenthood. He would also instruct the DOJ and the IRS to cease the persecution of religious liberties. Cruz promised to “shred” the “catastrophic Iranian deal.”

The Texas senator said he would also nominate a principled justice to the U.S. Supreme Court to replace Justice Antonin Scalia. He warned that the country was “one justice away” from a “radical 5 justice majority.”

The presidential hopeful said we need someone who will defend our Constitution “for our children, and our children’s children.”

He promised to repeal “every word of Obamacare,” and tell the U.S. Department of Education to do away with Common Core. He said he would “fundamentally transform the V.A.” and let every veteran choose their own doctor. He would also protect their right to bear arms.

As it relates to national security, Cruz said his administration “would defeat radical Islamic terrorists” and would “literally and completely destroy ISIS.” He said he would not be a president who would refuse to utter the words “Islamic terrorist.”

In the days after his first day of president, Cruz said he would reign in the power of the “alphabet soup” of federal agencies. 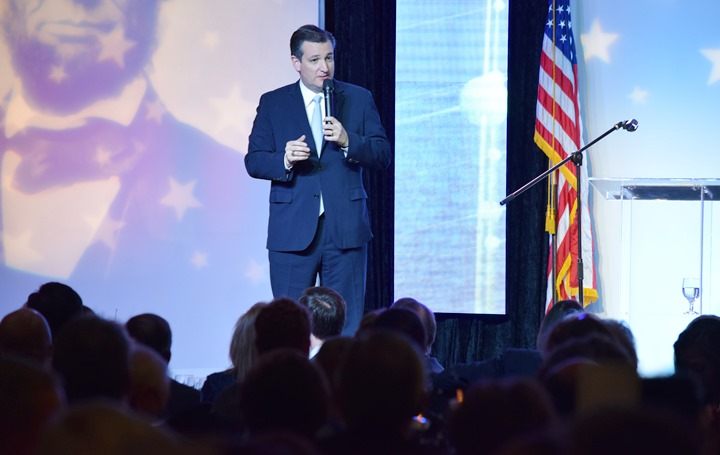 The Texas senator said he is for a simple flat tax and he wants to abolish the IRS.

Cruz urged that “at this moment, we are a nation that hangs in the balance” and warned of a Hillary Clinton administration.

He urged the Republicans there to get out and vote and said, “We can do this together.” He said that the next six days before Super Tuesday was very important and would be about reaching out “neighbor to neighbor.”

As he did during the rally, Cruz told his supporters that the stakes were high and again took a gab at his presidential opponent. He said Texans will not be fooled by “blustery rhetoric” and referred to P.T. Barnum and added, “The time for the clowns and the acrobats and dancing bears has passed.”