The number of green cards the Obama administration granted to migrants from the Middle East increased dramatically over a single year, according to a new analysis of recently published government data.

In a chart slated for release later today, the Senate Subcommittee on Immigration and the National Interest highlight a 32 percent increase in the number of migrants from Middle Eastern countries granted Legal Permanent Resident status from Fiscal Year 2013 to FY 2014. 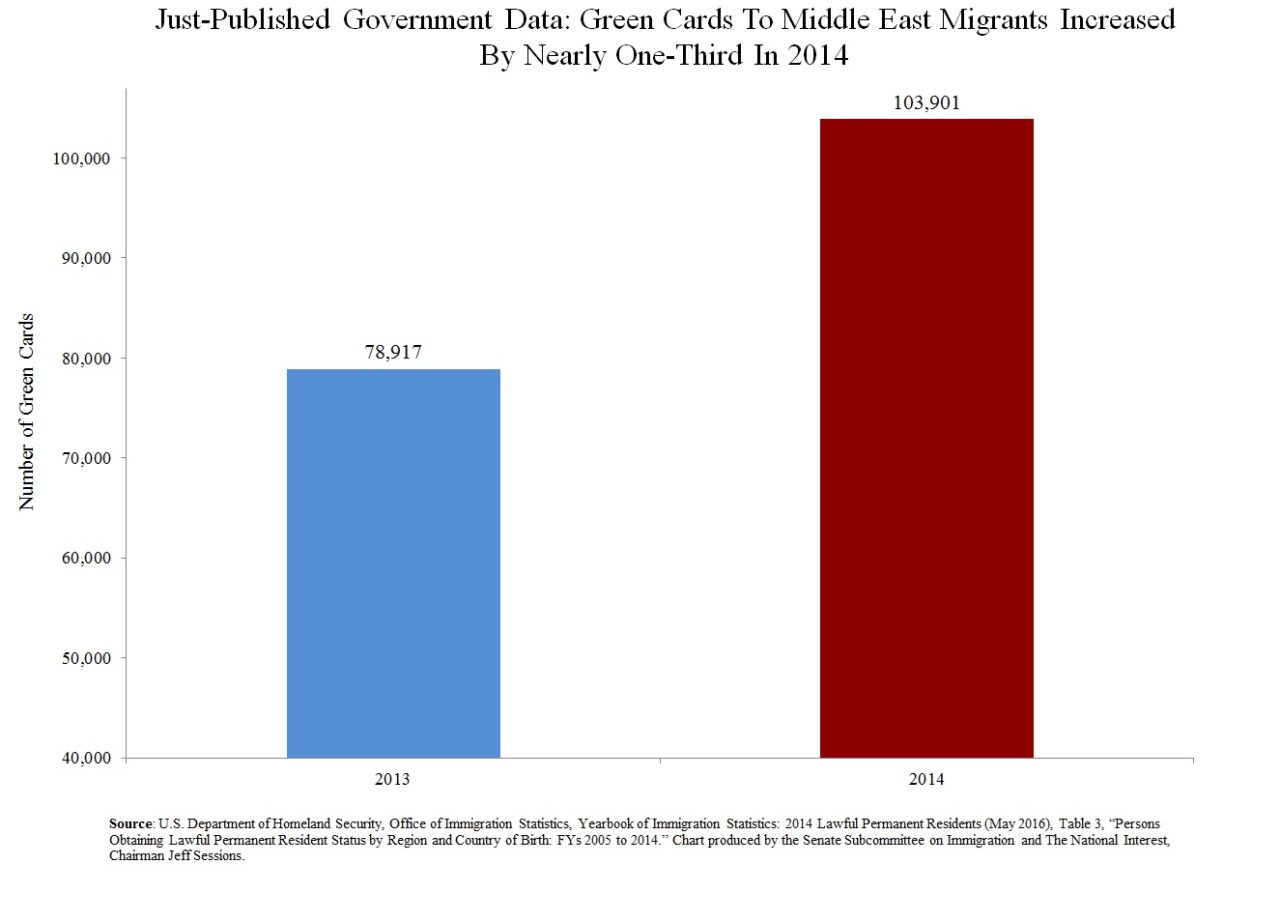 As the Subcommittee noted in its analysis, green cards enable the beneficiary to access lifetime residency, work authorization, federal benefits, and eventually citizenship in the U.S.

“Among those receiving green cards are individuals admitted to the U.S. as refugees, who must apply for adjustment to Lawful Permanent Resident (green card) status one year after admission. Refugees have immediate access to Federal welfare benefits, such as Temporary Assistance to Needy Families (TANF), the Supplemental Nutrition Assistance Program (SNAP, or food stamps), and Medicaid,” the Subcommittee writes in its analysis.

Notably, as the subcommittee points out, welfare use by refugees from the Middle East is high with “with 39 percent using TANF, 76 percent using Medicaid or RMA, and nearly 90 percent using food stamps.”