A new poll from Morning Consult Intelligence has revealed that U.S. Republican candidate Donald Trump has closed the gap between him and Democrat hopeful Hillary Clinton, being just 3 points behind in data released on Sunday morning.

According to the intelligence and campaigns firm, 43 per cent of registered voters say they will vote for Mrs. Clinton, while 40 per cent claim they’ll opt for Mr. Trump.

“The matchup hasn’t been this close since late July, when Morning Consult’s poll showed a 3-point Clinton lead over Trump, 43 percent to 40 percent.” 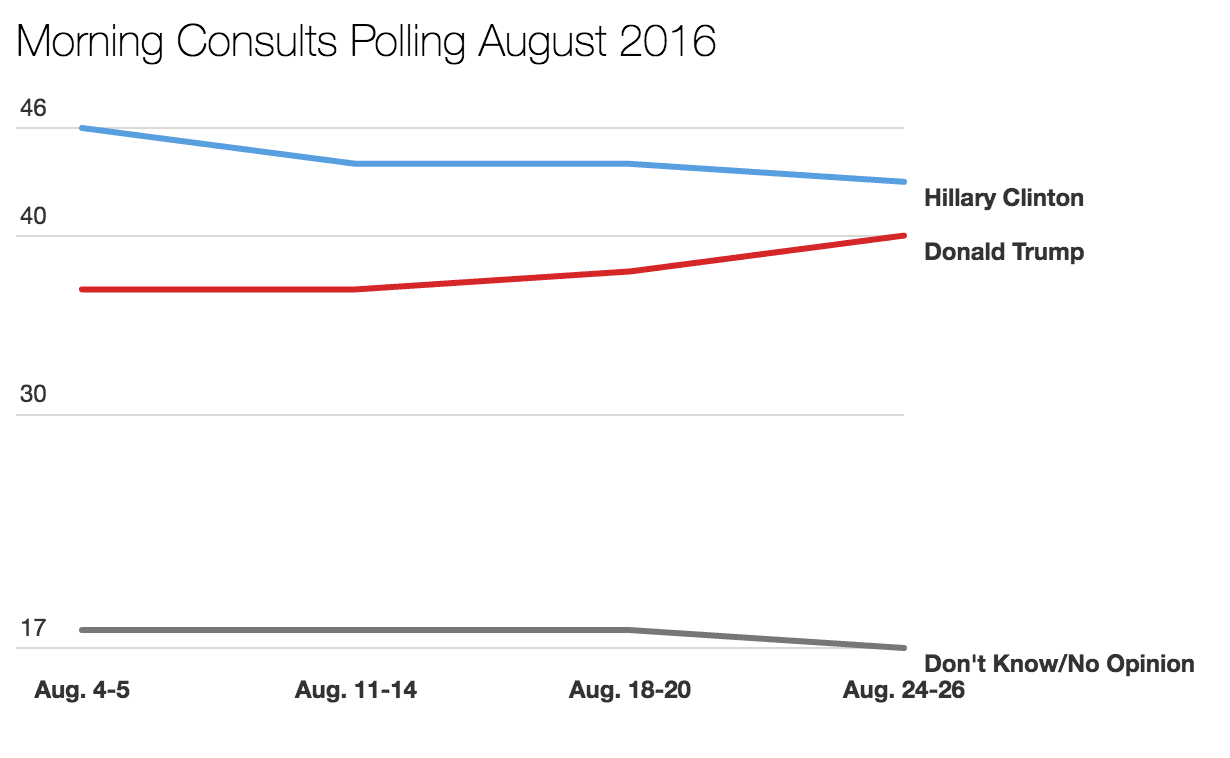 Both presidential candidates are still highly unpopular, with 58 percent of voters saying they have an unfavorable view of Trump and 57 percent saying the same about Clinton.

The poll results come after Clinton gave her most direct speech thus far attacking Trump on his racial rhetoric, while the GOP nominee continued his bid to woo black and Hispanic voters.

Trump’s campaign also floated new ideas about allowing immigrants who are illegally residing in the United States to stay in the country, an attempt to soften the real estate mogul’s harsh immigration rhetoric. But the mixed signals from the Trump campaign aren’t winning over immigration advocates.

Clinton has also faced questions about her ties to the Clinton Foundation while she was secretary of state.

Trump also significantly trails Clinton among women voters — 44 percent to 35 percent — with 21 percent saying they don’t know or have no opinion.

Trump’s gains on Clinton tighten to within the margin of error when accounting for other presidential candidates. In that matchup, Clinton leads Trump by just 2 points, 39 percent to 37 percent.

The margin of error in the 2,007 registered voter poll is +/- 2 per cent, and it also shows Libertarian candidate Gary Johnson and Green candidate Jill Stein failing to reach double digits.

Mr. Johnson is at 8 percent while Ms. Stein is low on 3 per cent.