Movie theaters around the country are screening a glamorous new movie about a struggling-yet-handsome Indian H-1B contract-worker in the United States — but viewers aren’t told that the movie was funded by lobbyists to help import more foreign workers for the moviegoers’ own white-collar jobs.

The movie, “For Here Or To Go?” offers a very flattering image of the almost 1 million H-1B middle-skill contract-workers holding white-collar jobs throughout the United States. The Indian-directed movie follows the efforts by H-1B contract workers to get green cards and dates. It features a Bollywood-style song-and-dance number, but it sidelines the wishes and worries of many off-screen young Americans whose salaries and careers are being undercut by the flood of cheap H-1B contract workers.

The movie’s basic message is that foreigners are entitled to live in the United States if they want to do so, regardless of American law or Americans’ wishes. “You can build your life where you choose to. The question is and always will be this: Where do you think you belong? Where is home?” says one supporting character to the lead character.

“I have actively supported this movie realizing its importance as an advocacy tool [and] many renowned venture capitalists, founders, entrepreneurs, academics have also been supporting it,” said an online statement from Tahmina Watson, an immigration lawyer serving Indian and Chinese customers in Seattle, Wash.

“Some [supporters’] names include Brad Feld, renowned [venture capitalist], [H-1B booster] Vivek Wadhwa- academic and think tank, the Instagram founder [Mike Krieger] and many many more,” she wrote March 31. Investor “Brad Feld donated $25,000 to the movie! … my dear friend and [immigration lawyer] member Joel Paget who donated a huge sum to the movie,” she wrote. 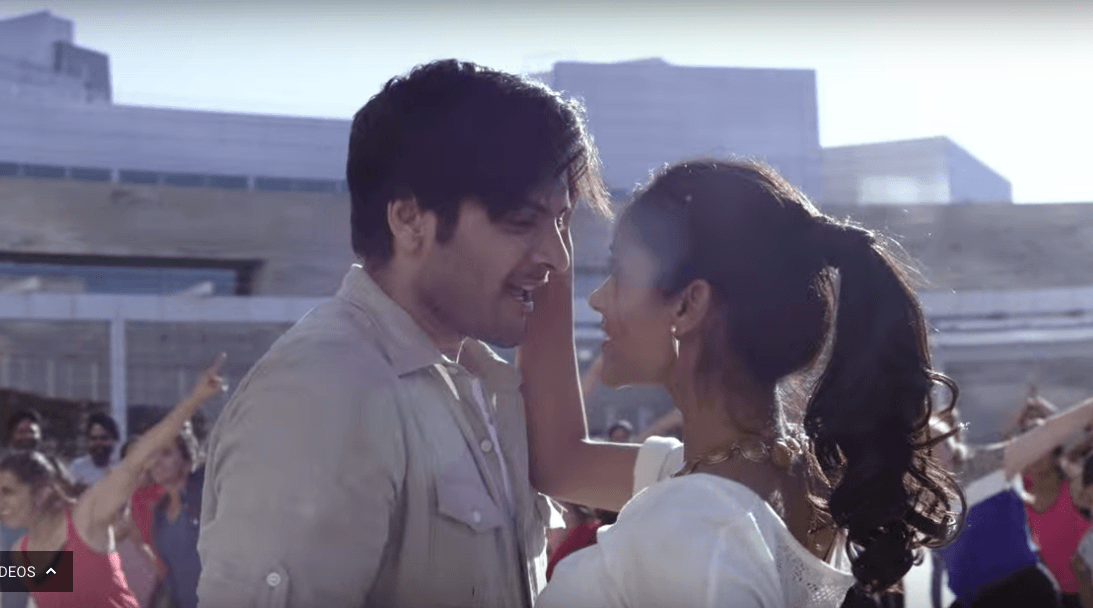 In 2016, presidential candidate Donald Trump promised to revamp the program so that it doesn’t hurt Americans workers. “These are temporary foreign workers, imported from abroad, for the explicit purpose of substituting for American workers at lower pay,” said a March 2016 statement from the campaign. “I remain totally committed to eliminating rampant, widespread H-1B abuse.” That promise was a winning argument for many university educated voters who were being pressured by peers and employers to pull the lever for Hillary Clinton.

However, many brand-name companies favor the salary-cutting program, so it remains largely unchanged since Trump took office. Immigration lawyers expect the administration to start issuing another 85,000 H-1B visas starting April.

For example, SGOP Sen. Orrin Hatch said in a March 30 op-ed that “we’ve had a process for bringing high-skilled workers from other countries to the United States to fill jobs for which there is a shortage of American labor … But the system is out-of-date. Our immigration laws cap the number of high-skilled worker visas—also called H-1B visas—that employers may obtain each year at a number that is far below demand.”

Also, both Hatch and North Carolina’s GOP Thomas Tillis want to provide a path to citizenship to any foreigner who pays for a graduate degree at an American university.

“Our laws also lack a straightforward path for companies to hire foreign students at American universities on a permanent basis after graduation … This makes no sense,” said Hatch. “We should have a policy that basically staples a green card on the back of their diploma, with the agreement that they will work and contribute to the American economy,” Tillis said mid-March.

But that “staple” policy would create an unlimited supply of Indian, Chinese, South Americans, European and African professionals eager to underbid salaries sought by young and middle-aged American professionals.

In Washington, the new movie is being touted by Democratic Sen. Tim Kaine and by the CATO Institute, which favors an easy flow of labor across national borders. It is also being supported by Facebook billionaire Mark Zuckerberg’s cheap-labor lobby, FWD.us, via its head, Todd Schulte.

The movie is also being touted by Jose Andrews, an immigration proponent who hires cheap labor for his D.C. restaurants. It is “the movie that you want to watch —it is an amazing story of immigrants in America.” “We’re trying to tell a new story here… and I’m fully supportive of it,” said Ash Kalra, an Indian-American city councilor in San Jose, California, “This is really where the best and brightest of the Indian community have come to contribute.” 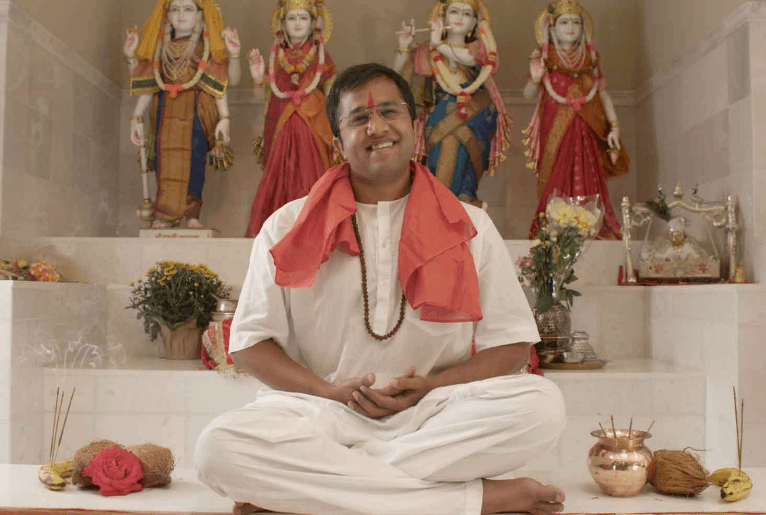 Last September, the movie was shown to staffers in Congress, said Watson.

September 2nd 2016 was a very special day.  It was the day that the movie For Here or To Go? had a special private screening at the Rayburn House Building- one of the Buildings where Congressmen have their offices.

Fresh off the heels of the announcement of International Entrepreneur Rules, this movie screening was so timely. The private screening was attended by staffers, lawyers, lobbyists and other influencers. We were especially grateful that the White House Assistant Director of Entrepreneurship Doug Rand attended in person. We were also delighted that Senator Tim Kaine’s office was represented.  While Sen. Kaine is now candidate for Vice President, he was one of the original co-sponsors of the Startup Visa.

A huge thank you goes to my very own Congressman Adam Smith (WA-09) who co-operated in holding the event.  The Congressman’s office went above and beyond in helping with the event, for which we are so grateful. We were also able to partner with Unshackled Ventures, an organization that recognizes the invaluable contributions of international entrepreneurs and has been at the forefront of the issue. And lastly, we wouldn’t have had refreshments without the generous support of FWD.us and it’s president Todd Schulte. In addition, two of my colleagues Joel Paget, immigration lawyer in Seattle and Sonal Verma in Washington DC both gave incredible support and encouragement in holding the event.

… Rishi and I had the privilege of attending a reception at the CATO institute where we had the distinct pleasure of meeting immigration policy extraordinaire Alex Nowrasteh!

The movie is opening at 29 theater screens, including four screens in the D.C. area, three in Texas and six screens in California.

The annual inflow of roughly 110,000 H-1B contract-workers takes jobs for below-market rates at U.S.-based companies, universities, and non-profits. That makes sense for the foreign workers because many hope to get the hugely valuable deferred-compensation prize of citizenship from the U.S. government after perhaps ten years of work. The citizenship bonus can also be duplicated for their parents, siblings, children ad grandchildren.

The deal is also rational for U.S. employers because they pay below-market rates and also don’t have to pay the citizenship bonus to the H-1B workers. That good for many U.S. companies because it means they can get subcontracting work done for cheaper and because it also lowers the marketplace salaries for all U.S. professionals.

H-1Bs are hired by many name-brand companies, displacing Americans who want jobs with Microsoft or Facebook, Caterpillar or Harley-Davidson, Goldman Sachs or McDonald’s. At least 100,000 H-1Bs are also employed in universities, hospitals, non-profits, and government research centers as professors, scientists, doctors, and therapists.

But critics — and much evidence — say the H-1B program is rife with corruption, including fake resumes, fraudulent visa applications, under-the-table payments, workplace and hiring discrimination against Americans, as well as false claims by lobbyists and corporates that too few Americans want to work at companies such as Goldman Sachs or Facebook.

But it also reduces the salaries of other American professionals – designers, journalists, business school graduates and even movie-critics — by increasing the nation’s supply of skilled, flexible white-collar experts who can perform a variety of skilled jobs.

A 2016 report by the National Academies of Science showed that cheap-labor immigration annually transfers roughly $500 billion from American employees over to investors and employers.