If there’s any doubt Twitter is giving Planned Parenthood an assist, pro-life group Live Action says it has the proof.

While Planned Parenthood is allowed to advertise on Twitter, the social media company has suppressed Live Action’s ads, calling our pro-life messages offensive and inflammatory. What exactly is Twitter calling so offensive and inflammatory? Tweeting a picture of a child developing in the womb and saying that we believe in the right to life. Or tweeting ultrasound images, like the ones that most expectant moms hang on their refrigerator doors.

It's outright Orwellian that @Twitter says we must delete tweets that, effectively, criticize @PPact or show ultrasounds to advertise. 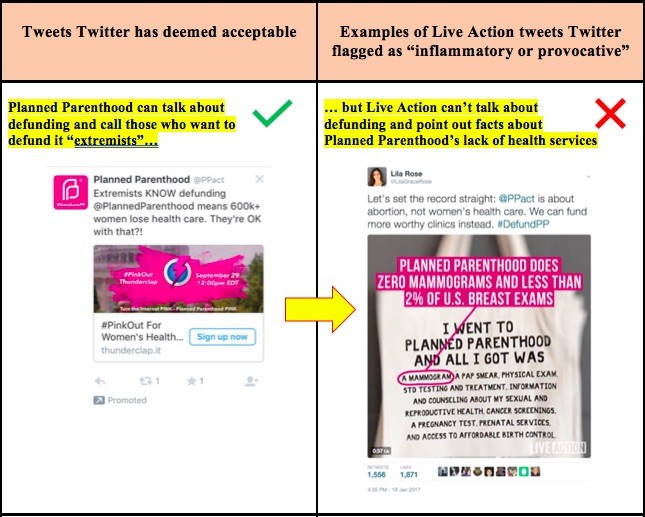 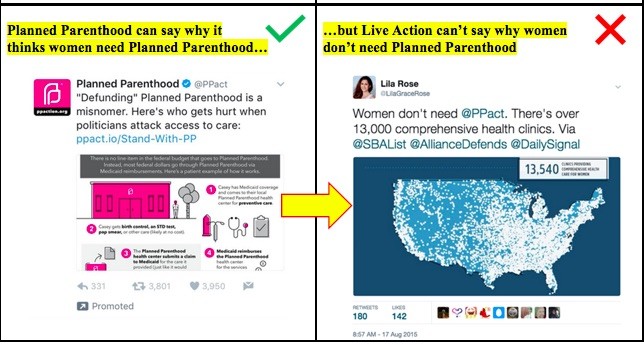 Although Twitter does not censor individual tweets by Live Action or its president, Lila Rose, the social media platform has reportedly prohibited the pro-life group’s ability to advertise its content until all tweets found to be “offensive” are deleted.

Planned Parenthood’s allies at @Twitter are BLOCKING ads about why @PPact should be defunded. Media shouldn’t suppress facts. #DefundPP pic.twitter.com/bNGYmvJbJ2 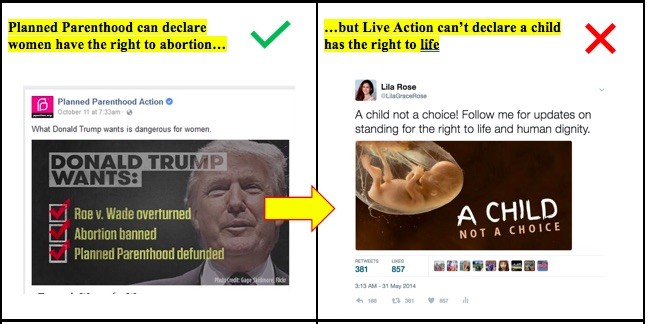 .@Twitter is suppressing pro-life speech by blocking ultrasound images and fact-checks of @PPact. I discuss with @TuckerCarlson. pic.twitter.com/JTrUSq3ZTy

What products or services are subject to this policy?

“This is a platform, of course, that is a public company,” Rose told Carlson. “So, this is not something they’re telling their shareholders or telling their users, that they’re actually going to be blocking the advertisement of pro-life speech. This is something they’ve been keeping a secret.”

Rose said when she was finally able to speak directly to a Twitter official, she was told Live Action would have to delete nearly all of its tweets, delete its website, and then create a new one, in order to advertise on Twitter.