If you want to know what’s really going on with global warming watch this video by Tony Heller.

It’s called The Ministry of Climate Truth – Erasing The Satellite Data and tells a story so shameful that if the mainstream media ever did their job, none of the shysters involved would ever be able to show their heads in public again.

Essentially, it’s about how the alarmist science community – the Climate Mafia, if you will – bullied a science data gatekeeper into tampering with the evidence in order to suit their criminal agenda.

One day, the data showed mild warming. The next – hey presto! – it showed dramatically increased warming.

Here is the before:

Here is the after… 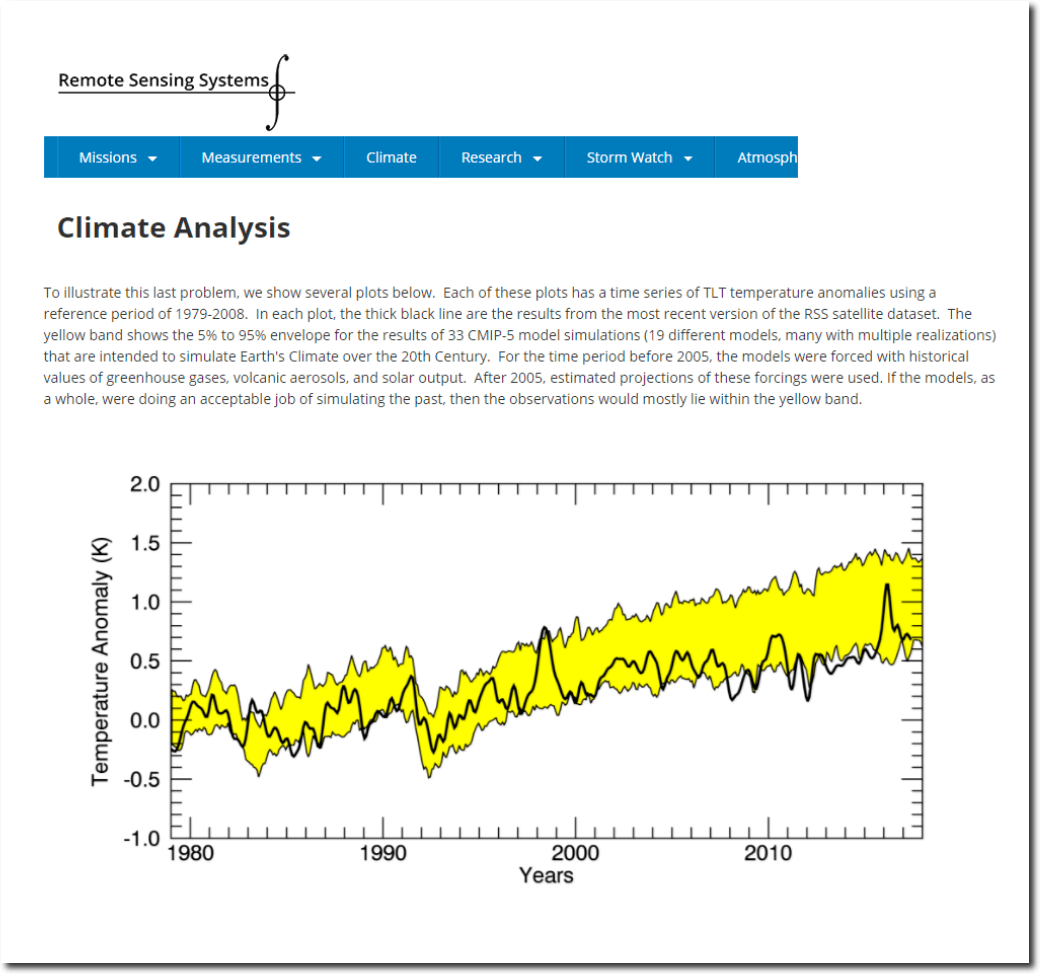 This is #fakenews on stilts. Most fake news generators content themselves with making up stories that just aren’t true. But the Climate Mafia doesn’t mess around with mere lies: it actually goes a step further by tampering with the nature of reality itself…

Here’s how the Climate Mafia are boasting about their victory in one of their online propaganda journals.

Researchers from Remote Sensing Systems (RSS), based in California, have released a substantially revised version of their lower tropospheric temperature record.

After correcting for problems caused by the decaying orbit of satellites, as well as other factors, they have produced a new record showing 36% faster warming since 1979 and nearly 140% faster (i.e. 2.4 times larger) warming since 1998. This is in comparison to the previous version 3 of the lower tropospheric temperature (TLT) data published in 2009.

This story would definitely be huge if true because the satellite temperature datasets are one of the main pieces of evidence used by climate skeptics to support their argument that the whole global warming scare has been overdone. Because satellites show much less global warming than the surface temperature datasets it supports the skeptics’ longstanding contentions that

b) dramatic warming isn’t actually happening. It has just been made to look that way by people with a vested interest in promoting the AGW scam.

So what reason do we have to doubt the word of the expert responsible for these adjustments, a guy by the name of Carl Mears at Remote Sensing Systems (RSS)? After all, it’s not like he didn’t provide a plausible-looking scientific justification for it all.

“Correcting for problems caused by the decaying of satellites.” Yup. We’ve all been there haven’t we? One minute you’re heading innocently down Highway One to look at the cute sea otters, the next you’ve somehow strayed over the Niagara Falls. Your stupid satnav failed to take those pesky “problems caused by the decaying of satellites” into account. And until now, no scientist was clever enough to notice…

Well it is a possibility, I suppose.

But as Tony Heller points out there are several good reasons why there’s a distinctive rat-like smell about the whole enterprise.

One is that this exactly what Heller predicted two years ago would happen:

Look for the satellite data to be adjusted to bring it into compliance with the fully fraudulent surface temperatures. The Guardian is now working to discredit UAH, so it seems likely that RSS will soon be making big changes – to match the needs of the climate mafia. Bookmark this post.

UAH, by the way, refers to University of Alabama, Huntsville – which is the only other satellite temperature gatekeeper (and, as of this week, the only credible one) in the world run by two skeptics John Christy and Roy Spencer. The reason they are skeptics is because the data they maintain gives them good reason to be skeptical: viz, while the (heavily-adjusted) surface temperature data sets show dramatic warming, their (more reliable) satellite data does not.

Marvel for yourself at the divergence:

Now do you understand why the Climate Mafia were so keen to nobble those pesky satellites? They weren’t telling the right lies.

OK. So we’ve established a motive. But that still doesn’t necessarily prove that a crime has been committed. How do we know for certain that the surface temperature datasets aren’t a more accurate gauge of global warming and that – therefore – Carl Mears’s adjustments aren’t a fair representation of reality?

Here is the December 2016 global climate record according to NOAA based on their surface “measurements”.

Note how one of the places showing unusual warming – “record warmest” no less – is in Central Africa.

Yet, by spooky coincidence, this is also one of the places where there are ZERO thermometer readings.

Can you imagine a more brazen piece of fabrication than that? NOAA – and NASA which uses the same data – are quite literally making up their own climate evidence.

But there’s one more major giveaway which gives us cause to doubt RSS’s sudden shift on climate change: the fact that before making these apparently necessary adjustments, Carl Mears didn’t get his paper peer-reviewed by the two people in the world most qualified to assess it: John Christy and Roy Spencer.

What we have here, in other words, is #fakenews on stilts. Most fake news generators content themselves with making up stories that just aren’t true. But the Climate Mafia doesn’t mess around with mere lies: it actually goes a step further by tampering with the nature of reality itself…

Why did Mears cave? Because that’s the nature of Groupthink. If you don’t pay lip service to the Green Goddess, you are ostracised as a heretic – so it’s much easier to play along for a quiet life.

Why don’t more people know about the scale of the fraud going on in climate science right now?

Probably because it’s so epic and brazen it seems just too implausible to be credible.

The good news is that one of the people who does know what it is go on – I don’t know who is briefing him but whoever it is is so on point he could be me – is Donald Trump.

And his administration isn’t going to take any prisoners…