Study what General Pershing of the United States did to terrorists when caught. There was no more Radical Islamic Terror for 35 years!

They think it shows the president to be an historically illiterate and gullible fool because – or so they claim – he is repeating a debunked myth that General Pershing used bullets dipped in pig blood when fighting Muslim terrorists in the Philippines. 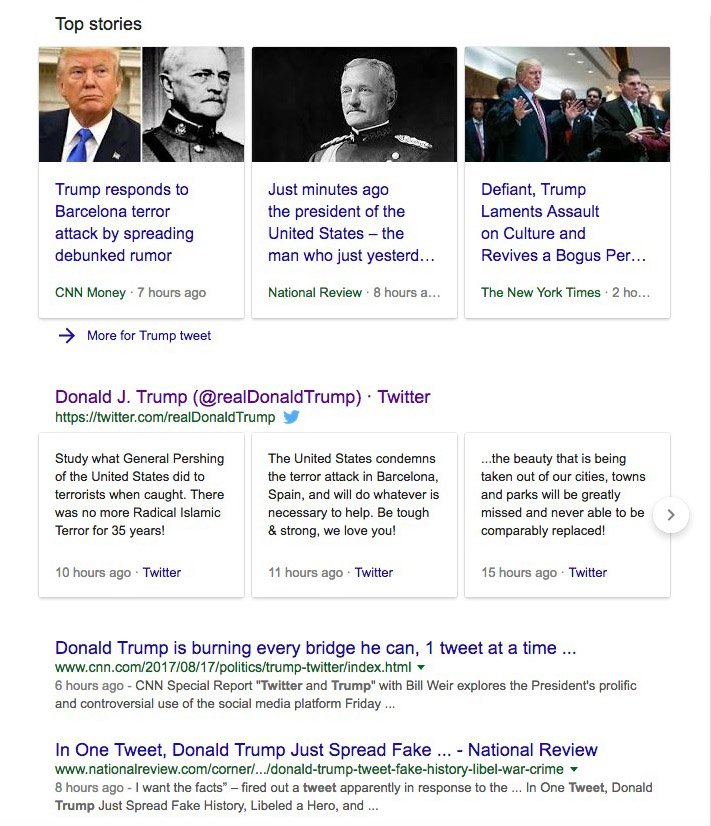 Also, for CNN and its fellow travellers, it’s the perfect opportunity to do what the liberal-left media always does in the aftermath of Muslim terrorist atrocities: distract, distract, distract from the bloody carnage of the massacre itself by implying that the real culprits aren’t innocent members of the Religion of Peace (TM) but in fact hateful conservatives like President Trump.

But to understand what Trump was really doing with that tweet, a good place to start – as so often – is with the ingenious Twitter feed of Thomas Wictor. For the full story follow this thread.

As Wictor notes, it’s really beside the point whether or not General Pershing used these methods on Muslim terrorists.

The important take-home message about Pershing is that he was a highly effective commander who defeated the Moros in the Philippines with a mix of ruthlessness and sound strategy. Pershing took care to learn the Moros’ customs and language, co-opted their sultans and made it clear that his war was not with Islam.

But when he needed to be, he could be tough. And yes, actually, there is historical evidence that something involving pigs did take place. Even Politifact was forced grudgingly to admit this:

In a footnote, the editor of the 2013 edition [of Pershing’s My Life Before The War], John T. Greenwood, cited a letter about the incident from Maj. Gen. J. Franklin Bell, the commander of the Philippines Division, to Pershing: “Of course there is nothing to be done, but I understand it has long been a custom to bury (insurgents) with pigs when they kill Americans. I think this a good plan, for if anything will discourage the (insurgents) it is the prospect of going to hell instead of to heaven. You can rely on me to stand by you in maintaining this custom. It is the only possible thing we can do to discourage crazy fanatics.”

In turn, this form of psychological warfare echoes that used by Vlad III – the 15th century Romanian prince better known as Vlad the Impaler because of his penchant for impaling his Ottoman enemies on spikes greased with pig fat.

But Trump wasn’t delivering a history lesson this time – any more than he was the first time he invoked Pershing on the campaign trail in Charleston, S. Carolina, last year.

Trump was telling it as a “story” to illustrate an important point about the psychology of war. When your enemy fights dirty, you don’t cower and apologize and ask what we have done to deserve such punishment. You give as good as you get.

CNN and its fellow Social Justice Warriors don’t get this. But then, they were never Trump’s target audience.

First, it trolled the enemy – confirming them in their fatal delusion that Trump is merely a blustering buffoon whose days are soon to be numbered.

Second, it spoke to the base: I’ve got your back, I feel your pain, I’m as angry about this as you are. And no I’m not going to light candles, sing Kumbaya and then roll over till the next atrocity.

No wonder the rest of the Western political elite find Trump so excruciatingly embarrassing. Every day he reminds them just how weak, despicable and cowardly they are in comparison.