When I reported earlier this year on the 58 scientific papers published in 2017 that say global warming is a myth the greenies’ heads exploded.

Since then, that figure has risen to 400 scientific papers.

Can you imagine the misery and consternation and horror this is going to cause in the corrupt, rancid, rent-seeking world of the Climate Industrial Complex?

Just to be clear, so the greenies can’t bleat about being misrepresented, here is what these various papers say:

Modern temperatures, sea levels, and extreme weather events are neither unusual nor unprecedented.  Many regions of the Earth are cooler now than they have been for most of the last 10,000 years.

Natural factors such as the Sun (106 papers), multi-decadal oceanic-atmospheric oscillations such as the NAO, AMO/PDO, ENSO (37 papers), decadal-scale cloud cover variations, and internal variability in general have exerted a significant influence on weather and climate changes during both the past and present.  Detecting a clear anthropogenic forcing signal amidst the noise of unforced natural variability may therefore be difficult.

And current emissions-mitigation policies, especially related to the advocacy for renewables, are often costly, ineffective, and perhaps even harmful to the environment.  On the other hand, elevated CO2 and a warmer climate provide unheralded benefits to the biosphere (i.e., a greener planet and enhanced crop yields).

What they are saying in their different ways is that “global warming” – as in the big scare story that the planet is heating up at a catastrophic unprecedented rate because of man-made CO2 emissions – is bunk; or that the methods being used to combat the problem are bunk.

Here – courtesy of Kenneth Richard, who has waded through them all – are some examples of what they say. 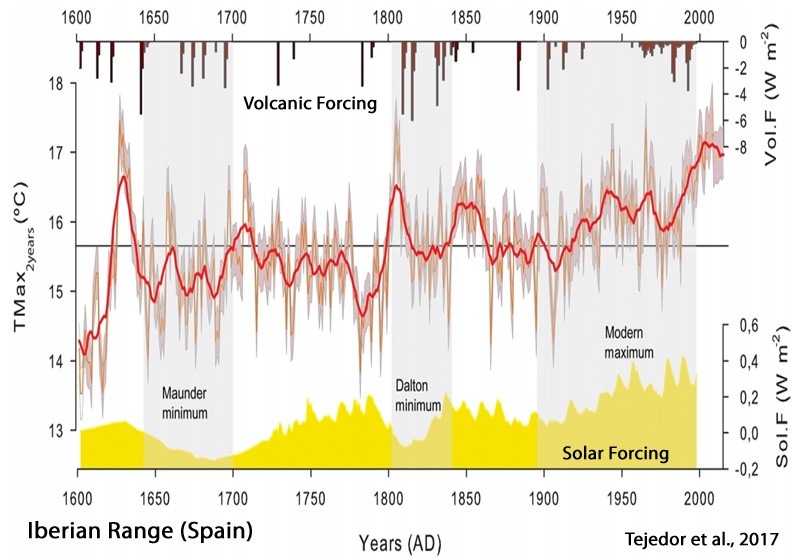 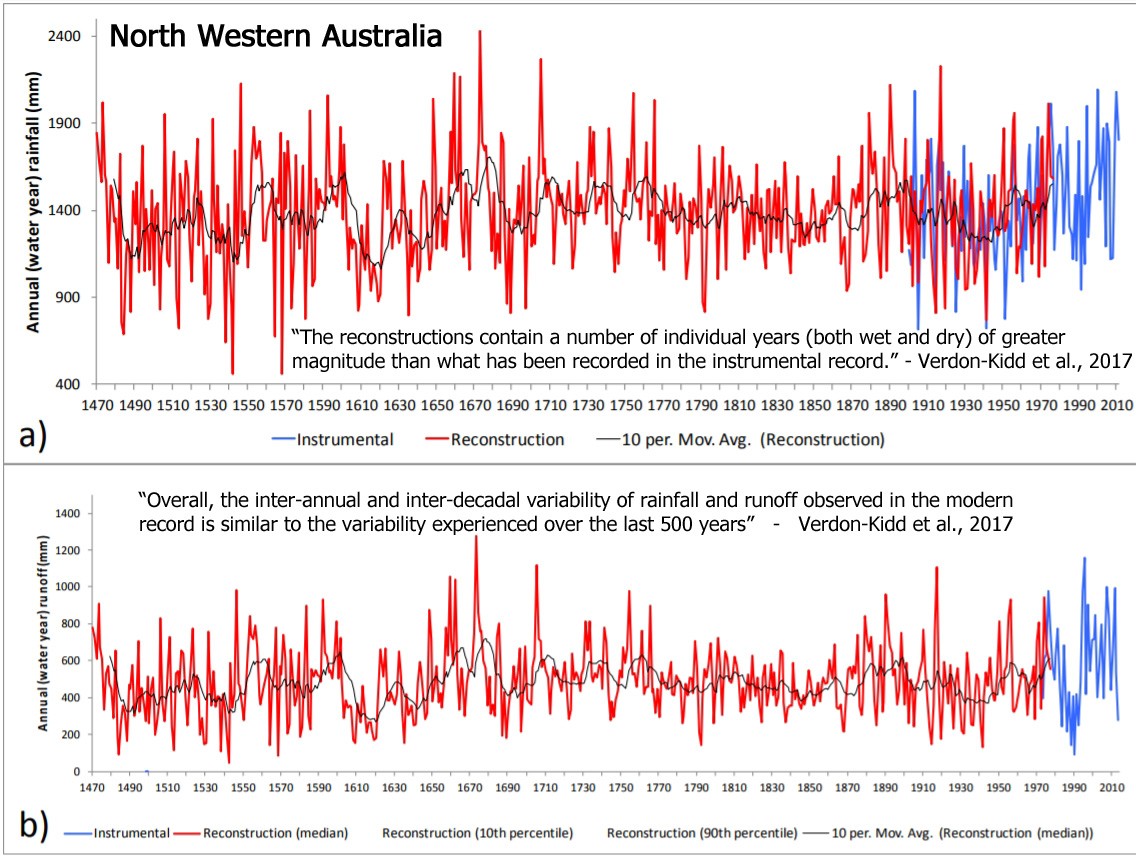 This yields a coefficient of determination of .662, indicating that HGFA [high geothermal flux area] seismicity accounts for roughly two-thirds of the variation in global temperatures since 1979.

[M]ore than half of the agricultural crises in the study region can be associated with cooling caused by volcanism.

Greenhouse Effect Not the Main Driver of Climate

…No evidence is found that changes in atmospheric CO2 are related to fossil fuel emissions at an annual time scale.

We conclude that climate bias-induced uncertainties must be decreased to make accurate coupled atmosphere-carbon cycle projections.

Despite the ongoing increase in atmospheric greenhouse gases, the global mean surface temperature (GMST) has remained rather steady and has even decreased in the central and eastern Pacific since 1998. This cooling trend is referred to as the global “warming hiatus”

[A] preindustrial climate may remain a policy goal, but it is unachievable in reality

While many modelled scenarios have been published claiming to show that a 100% renewable electricity system is achievable, there is no empirical or historical evidence that demonstrates that such systems are in fact feasible.

The total social costs of ethanol blends are higher than that of gasoline, due in part to higher life-cycle emissions of non-GHG pollutants and higher health and mortality costs per unit.

BEVs [Battery Electric Vehicles] are designed to obtain more environmental benefits, but the energy consumption and GHG emissions of BEV production are much larger than those of ICEV [Internal Combustion Engine Vehicles] production in China.

Our resultssuggest that wind energy development may pose a substantial threat to migratory bats in North America.

The research indicates that there will be 43 million tonnes of blade waste worldwide by 2050 with China possessing 40% of the waste, Europe 25%, the United States 16% and the rest of the world 19%.

[…] Even under the most optimistic scenario whereby authorized proposals will not collectively exceed the national target for wind harnessing in the study area (960 MW), cumulative collision mortality would still be high (17% of current population) and likely lead to population extinction.

Together with these 400 new papers, that makes 900 science papers in the last two years casting doubt on global warming.