The nation’s population of 280 million native-born Americans and 32 million legal immigrants must open their home to illegal immigrants, including so-called “dreamers,” according to two pro-amnesty videos by Alaska GOP Sen. Lisa Murkowski.

In one video, which was Tweeted December 11 by a Democratic leader, Sen. Richard Durbin, Murkowski said:

Alaska has a long tradition of welcoming immigrants, from the Filipino communiy whose roots in Alaska go back to the late 1800s, to refugees from communities like Rwanda, Somalia, the Congo, and Sudan who have found peace and an opportunity to grow in our great land. To dreamers, who were brought or sent to Alaska for a better life. Alaska is their home, and they could not imagine living anywhere else …

America is a land of immigrants — it is who we are, and from our farms to our hospitals to our laboratories, immigrants are helping to move our country forward. They are lifting up our communities, they are creating American jobs, they are paying billions in taxes, they are Americans building America, pursuing the American dreams and making our communities better places to live, and that is why I have consistently supported humane and comprehensive immigration law reform, and it is why I am a proud co-sponsor of the DREAM Act …

Among my Christmas wishes is that Congress provide permanent relief for the dreamers, the opportunity to enjoy Christmas without the fear of a life-changing knock on the door.

Bipartisan consensus is growing for Congress to pass the #DreamAct this year. It is my friend @lisamurkowski’s holiday wish. Retweet if you agree https://t.co/gRjqoBeFcK

The DREAM Act supported by Murkowski and Durbin would provide a no-strings amnesty to roughly 3 million illegals, and allow them to import millions of additional chain-migration relatives, regardless of education and skills, attitudes, ideology or willingness to integrate into Americans’ society. The DREAM Act would also put the 3 million illegals on a fast-track to the ballot box so they can vote in the 2022 and 2024 elections.

Murkowski’s office declined to answer questions from Breitbart News, including questions about whether she wants Americans to gain benefits from an amnesty, or if she supports President Donald Trump’s pro-American immigration principles. The principles would help raise Americans’ wages and security by ending the visa lottery and chain migration.

Because of voting record, Murkowski has a grade of D+ from NumbersUSA, a pro-American immigration reform group.

Murkowski “did spout the usual platitudes about illegal immigrants, but clearly what she is suggesting is that anyone who can get to the United States is someone we have to accept,” said Ira Mehlman, a spokesman at the Federation for American Immigration Reform. “We Americans don’t get to choose [immigrants], we just have to accept people who show up.” He continued:

She loses sight of why we have immigration laws in the first place. Nobody disputes the fact that immigration benefits immigrants — the question is ‘What impact does it have on everyone else? On people’s jobs? Their children’s education?’

The director of the Center for Immigration Studies, Mark Krikorian, scoffed at Murkowski’s comments, noting that:

“America is a land of immigrants — it is who we are”: This is [President Barack] Obama-ite nonsense — politicians don’t tell us “who we are.” We just hire [politicians] to look after our interests. If you take Murkowski’s ramblings seriously, she seems to think Americans are pathetic losers who need immigrants to function. This kind of silly blather is so cliched it might as well have have been generated by a computer program.

On Friday, Murkowski posted a pro-amnesty Facebook video, in which she said two Alaska-based illegals deserve to live in the America because of the “beauty in the spirit that our people bring”:

I was thinking about how it is so important and so special that in Alaska we show respect and pride in our native cultures … I was also reminded, as I was reflecting about that, about an extraordinary meeting I had just yesterday with two young Alaskans, Alaskans who call this place home, yet they were not born there. They were born in Mexico. They are dreamers. They are among the many that are caught up in a very emotional, a very personal plight right now as their fate is uncertain. And I listened to their stories, I listened to their concerns, I listened to their dreams and it reminded me that whether your family has been in Alaska for thousands of years or whether you have just come here, that the beauty in the spirit that our people bring is so important to recognize. To those dreamers who are working so hard, who want to stay in the place that they have truly adopted, my hope, my prayer, is that we here in Congress will be able to find that path forward, so that your dreams can be recognized.

Donning my Kuspuk today on Kuskpuk Friday, thinking about how important and special in Alaska we show respect and pride of our Native cultures. I’m also reflecting about an extraordinary meeting I had yesterday with two young Alaskans who call this place home yet they weren’t born here. These Dreamers are among the many caught up in a very emotional and personal plight as their fate is uncertain. My hope is that we are able to find that path forward so that their dreams can come true too.

Instead of distinguishing between Americans, immigrants and illegal aliens, said Mehlman, the Senator:

lumped everybody together, starting with people who came in the nineteenth century as if those people have much relevance for the twenty-first century. If it was any other policy arena, and Senators told us to continue nineteenth-century policies, they’d be a laughing stock … They were giving away land in the West in the 1800s — that doesn’t mean I can go claim my 40 acres today.

What struck me was “who want to stay in the place that they have truly adopted” — but adoption is a two-way street. They may have decided to “adopt” America, but Americans get a say in whether they choose to adopt them.

The malarkey about “beauty in the spirit” and “working so hard” is juvenile nonsense. Should those who grew up here but are ugly in spirit (whatever that might mean, other than criminality) not be allowed to stay? How about those who, while not welfare mooches, are nonetheless kind of lazy — do we deport them because of that?

In 2014, President Barack Obama voiced a similar claim, telling his audience that Americans do not have the right to exclude migrants:

And that, sometimes, has been a bottleneck to how we think about immigration.  If you look at the history of immigration in this country, each successive wave, there have been periods where the folks who were already here suddenly say, well, I don’t want those folks.  Even though the only people who have the right to say that are some Native Americans.

Murkowski’s statements align her with the New American Economy pressure group, which was founded by two billionaires, Mike Bloomberg and Rupert Murdoch. Both executives stand to gain from an accelerated inflow of cheap-workers and welfare-aided consumers. In her Tweeted video, she describes herself as a supporter of the NAE’s “iMarch” campaign for amnesty.

"America is a land of immigrants. It's who we are." -Senator @lisamurkowski. #iMarch pic.twitter.com/G1B2yYnURw

The NAE group and the Democrats are cooperating to block Sen. Chuck Grassley’s voter-friendly SECURE Act, which includes many of Trump’s immigration priorities.

The 3 million ‘dreamer’ illegal immigrants touted by Murkowski are adults who were brought to the United States as children, but who now choose to remain in the United States illegally. One a few percent have college degrees, and many do not even speak English, ensuring that most would rely on federal and state aid to top up their low wages if they are allowed to stay.

Americans will be impacted by an amnesty because any increase in the number of workers will tend to depress wages. For example, employers in Alaska have long complained that the wages are too high in the state because too few Americans choose to live there. 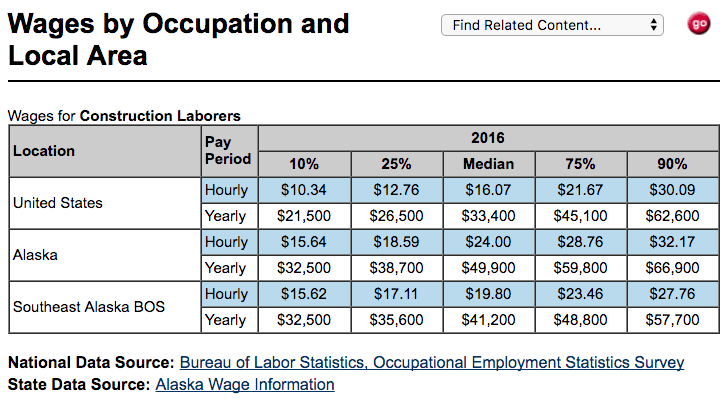 One political goal of the Alaska Chamber of Commerce is “Support workforce development to increase the number of qualified employees needed to fill positions in resource industries.”

Business groups and Democrats embrace the misleading, industry-funded “nation of immigrants” polls which pressure Americans to say they welcome migrants. The alternative “fairness” polls show that voters put a much higher priority on helping their families, neighbors, and fellow nationals get decent jobs in a high-tech, high-immigration, low-wage economy.

The political power of the voters’ fairness priorities was made clear during the GOP primaries and again in November 2016. This year, groups such as FAIR and Americans for Legal Immigration PAC have deterred many business-first GOP politicians from openly supporting an amnesty.

Multiple polls show the public is strongly opposed to the Democrats’  threat to shut down the government if they do not get their DREAM Act amnesty by Christmas for 3 million illegals.