Leftist activists decided to use a more creative form of protest after they failed to generate sufficient numbers to form a crowd of protesters at CPAC this year. Left-wing activists set up in the Residence Inn by Marriott opposite the Gaylord National Resort and Convention Center where  CPAC is being held. The activists used a large projector to display a message across the front of the Gaylord building which read, “Dreamers Deserve Protection.”

Images of the Gaylord can be seen below: 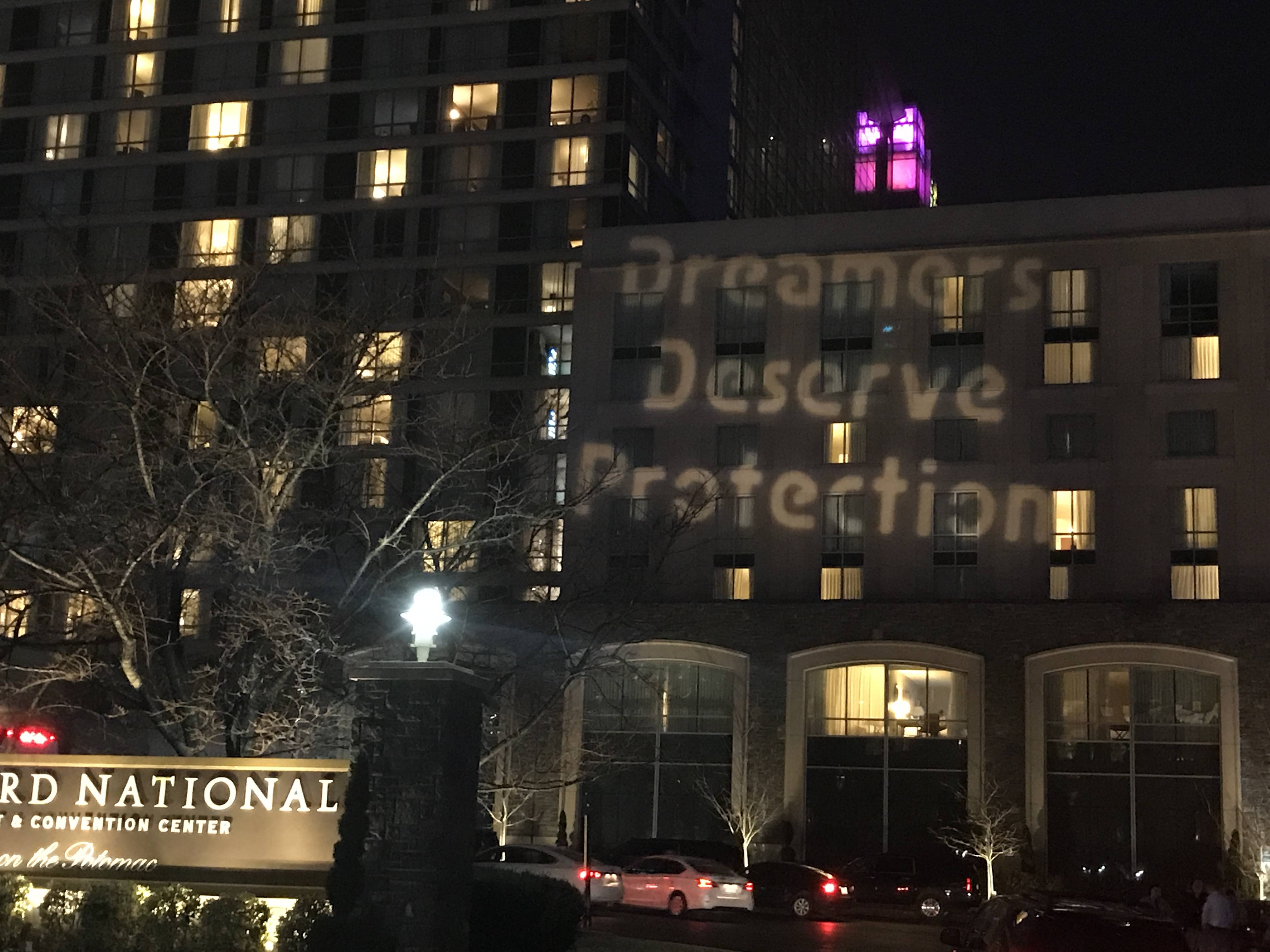 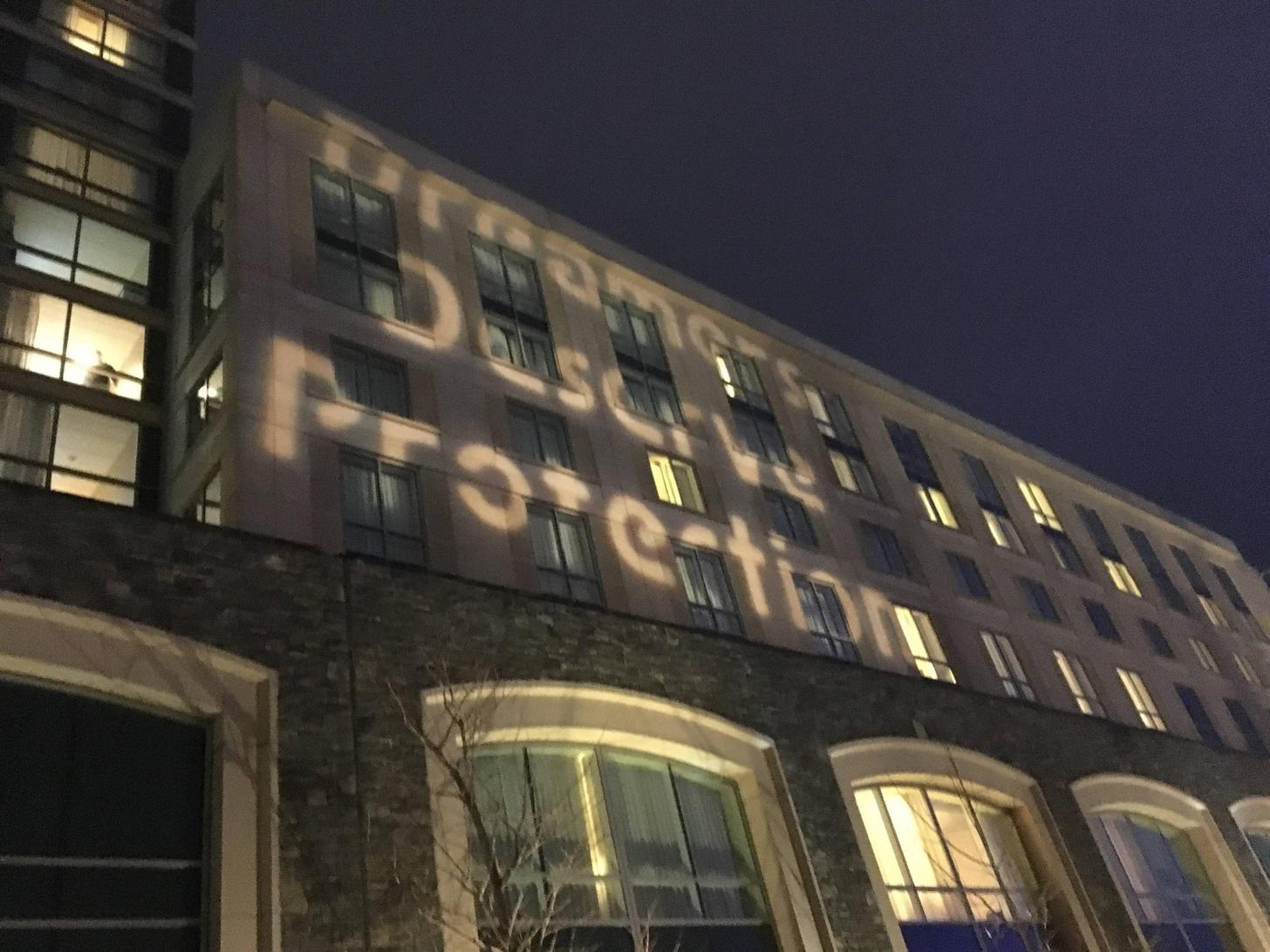 At the time of this story being written, 8:40 p.m. on February 23rd, police have entered the Residence Inn and have begun searching the fourth floor of the building in an attempt to track down the leftist activists. Police sirens have been heard in the streets surrounding the hotel, but it is unknown whether or not they are related to the projection.

Breitbart News will update this story as further information is made available.