Tim Phillips, president of the Koch Brothers-backed Americans for Prosperity, noted that Trump narrowly won in Iowa and Wisconsin, two heavily rural states that could suffer if countries put in retaliatory tariffs on American agricultural goods.

Likewise, the Koch brothers have been ardent opponents of Trump’s popular pro-American immigration agenda, which has secured history-making wage growth for American workers in the construction industry, the garment industry, for workers employed at small businesses, and for black Americans.

Trump’s effort to reduce legal immigration, wildly popular with GOP voters and black Americans, is also opposed by the Koch brothers, who prefer the Washington, D.C.-imposed cheap labor economic model of importing more than one million legal immigrants a year to provide a never-ending flow of inexpensive workers to businesses while also keeping U.S. wages down.

“We just need to know there’s going to be no reduction to legal immigration,” president of the Koch-backed LIBRE Initiative, Daniel Garza, previously said.

Spokesperson for the Koch brothers says its crucial to continue inflow of admitting more than one million mostly low-skilled legal immigrants every year: "We just need to know there’s going to be no reduction to legal immigration." https://t.co/411hsTDvUk

At the core of the argument against Trump’s tariffs is the claim that American consumers will be hit with skyrocketing product prices.

Trade expert and White House adviser Peter Navarro, though, has debunked the claims coming from the free trade absolutism wing of the Republican Party, calling it a “bunch of horse-puckey,” in an interview with Breitbart News Saturday.

“There’s virtually no downstream effects, despite what the pundits might be saying on TV, and it’s all good for the aluminum industry,” he said.

“I think the record is clear on these free trade agreements. They always are done with promises for significant jobs for Americans and significant access to markets, and we always lose dramatically once the ink is signed,” he said. 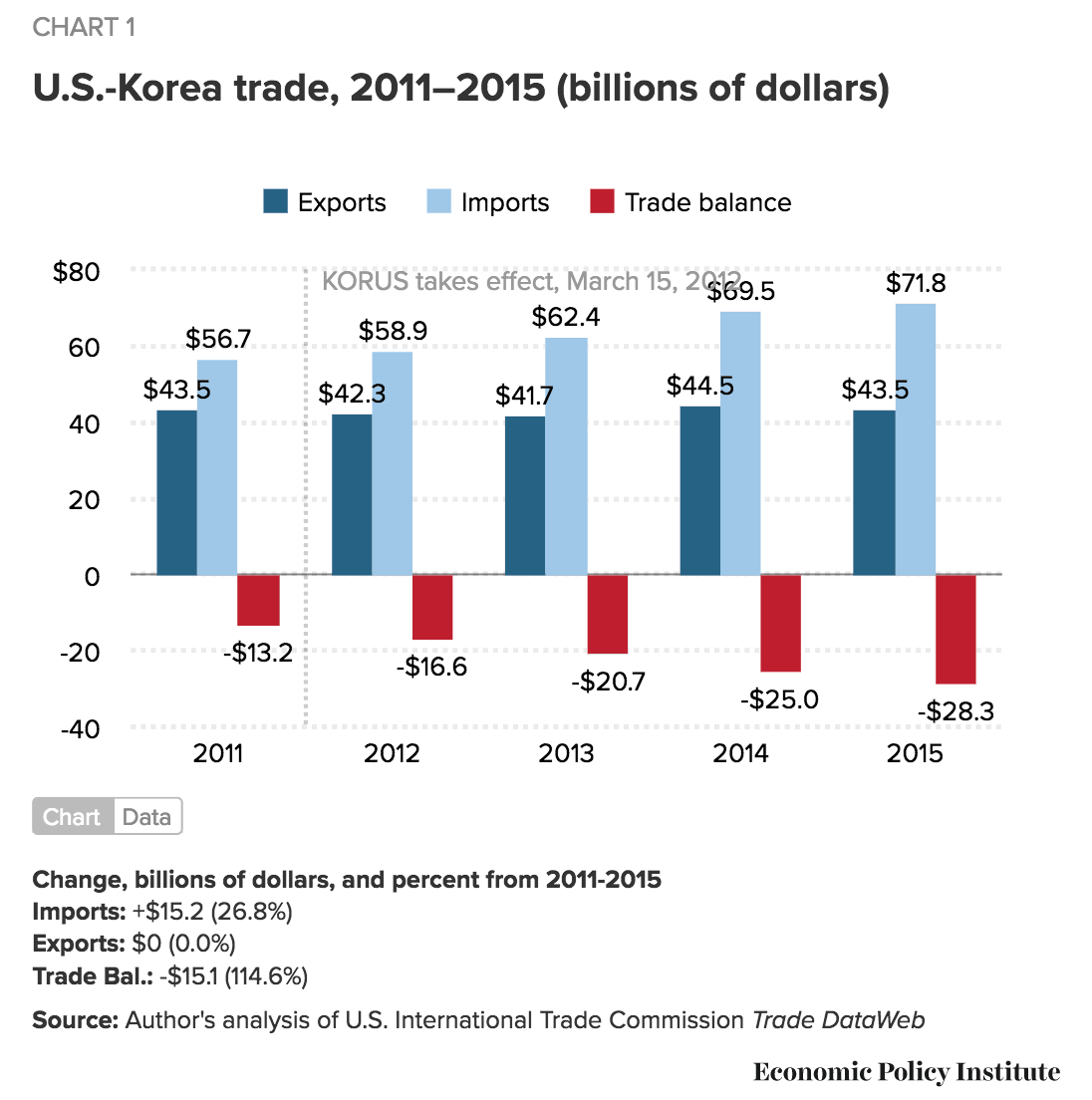 Meanwhile, since the North American Free Trade Agreement (NAFTA) took effect in the 1990s, at least one million net U.S. jobs have been lost because of the free trade deal. Between 2000 and 2014, there have been about five million manufacturing jobs lost across the country as trade deficits continue soaring.

The Trans-Pacific Partnership (TPP) free trade agreement, which Trump ultimately killed, was supported by both the Democrat and Republican apparatus, but was expected to wipe out potentially one out of every four American jobs in the future had the agreement been signed.

TPP would have gutted American workers’ wages, with all workers having to undergo pay cuts except for the top ten percent of workers.

One former steel town in West Virginia lost 94 percent of its steel jobs because of NAFTA, with nearly 10,000 workers in the town being displaced from the steel industry. Since China entered the World Trade Organization (WTO) in 2001, there have been 3.2 million American jobs lost with 2.4 million of those jobs coming from the U.S. manufacturing sector.