Short — who formerly ran the failed “Never Trump” effort inside the Koch brothers’ network of organizations — told the media at the White House on Friday that not only is Trump “open” to discussions about amnesty for the hundreds of thousands of illegal aliens shielded from deportation by the President Obama-created Deferred Action for Childhood Arrivals (DACA) program, but he’s also “anxious” to cut a deal on the issue.

REPORTER: With DACA, is there room for a smaller deal? Are you working a smaller deal now, one that does not have all four pillars, but that might be part of the omnibus?

MARC SHORT: As we said, the president has been very open to continuing negotiations on this. He’s anxious to get a deal. He believes that it’s important to secure our border, but he also believes passionately that these are people who have been in our country, who are working productively, and in order to get a DACA permit, have been obeying the law. So he wants to protect them. We’re anxious to find a way to get a deal. [Emphasis added]

The White House, however,  this week denied to Breitbart News on two occasions that Trump is interested in a plan similar to the one being pushed by pro-open borders Sen. Jeff Flake (R-AZ) in which amnesty would be given to potentially millions of DACA-enrolled and DACA-eligible illegal aliens in exchange for three years of funding for a wall along the U.S.-Mexico border.

“The White House opposes a so-called three for three deal,” Shah said. “In fact, as a result of the caps deal, the routine appropriations process should yield wall funding in the Omnibus. Securing the border is one of the most vital functions of government and is a core part of any routine funding bill. Separately, we have never stopped working to negotiate an immigration reform package that addresses DACA, stops illegal immigration and secures and modernizes our legal immigration system.” [Emphasis added]

Then, separately, when Breitbart News asked Deputy White House Press Secretary Hogan Gidley if Trump was eyeing a DACA amnesty to be slipped into the upcoming funding bill, the official said: “Just talked to the team. FALSE.”

Such a plan to slip a DACA amnesty into the funding bill for merely short-term border wall funding would betray Trump’s previous commitment that in order to allow only DACA-enrolled illegal aliens to stay in the country, a slew of immigration reforms would have to be put in place, including:

Trump’s biggest effort — not mentioned by Short — has been to get the Republican-controlled Congress to end the process known as “chain migration,” whereby newly naturalized citizens can bring an unlimited number of foreign relatives to the U.S.

In an explosive report, Breitbart News revealed that chain migration, if not ended, is expected to add between seven and eight million new foreign-born voters to the U.S. electorate—a scheme that favors Democrats, as immigrants – specifically Hispanics and Asians – vote 2-to-1 for Democrats over Republicans.

Since 2005, chain migration has imported more than nine million foreign nationals to the U.S., making it the largest driver of immigration—more than 70 percent of all legal immigration. As Breitbart News reported, five years of chain migration to the U.S. adds more people to the country than one year of American births.

Additionally, should current legal immigration policy remain the same for the next 50 years, 100 million foreign-born people will be added to the U.S. population, Breitbart News reported. 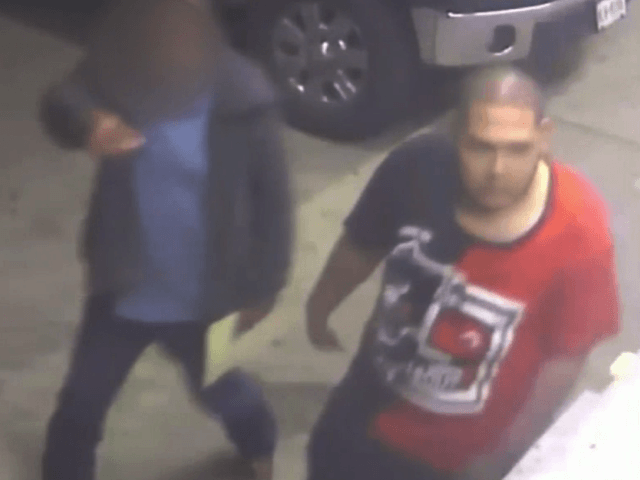 Also, most recently, a DACA illegal alien was accused of threatening to shoot up an upstate New York high school, writing on social media: “I’m coming tomorrow morning and I’m going to shoot all of ya bitches.”

Short’s former bosses, the pro-mass immigration Koch brothers, have released an ad campaign in which they call DACA illegal aliens “patriots” and demand an immediate amnesty for the illegal population, Breitbart News reported.

Under a DACA amnesty, American taxpayers would be left with a $26 billion bill. About one in five DACA illegal aliens, after an amnesty, would end up on food stamps, while at least one in seven would go on Medicaid. Since DACA’s inception under Obama, more than 2,100 illegal aliens have been kicked off the program after it was revealed that they were either criminals or gang members.

Also, as Breitbart News reported, only four percent of DACA illegal aliens have completed a college education, making the DACA population far less likely than the native American population to finish college with a degree.

Another 25 percent of DACA illegal aliens, Breitbart News reported, are “functionally illiterate” in the English language, despite being touted by the open borders lobby as being highly-educated and highly-skilled.