The following post is sponsored by Free Our Internet.

While these information gatekeepers dodge any sort of neutrality responsibility on their platforms, they publicly preach the importance of so-called net neutrality for all internet users. Here are some of their own words about so-called “net neutrality”: 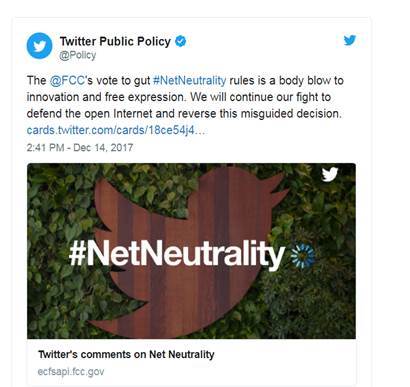 2. Facebook CEO Mark Zuckerberg supports an “open platform for everyone.” 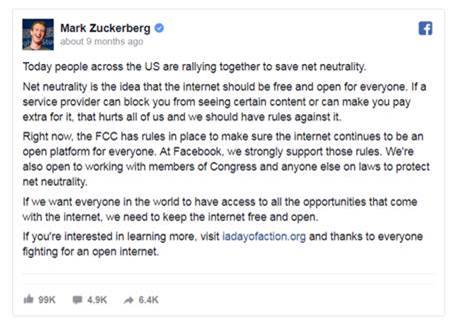 “Thanks in part to net neutrality, the open internet has grown to become an unrivaled source of choice, competition, innovation, free expression, and opportunity. And it should stay that way.

Today’s open internet ensures that both new and established services, whether offered by an established internet company like Google, a broadband provider, or a small start-up, have the same ability to reach users on an equal playing field.”

If you thought that these companies abide by the spirit of net neutrality as outlined in their public positions—think again. Their hypocrisy is real, which is why Obama’s “net neutrality,” which the Democrats are trying to bring back by use of the CRA, is FAKE net neutrality. Any form of real net neutrality would also apply to companies like Google, Twitter and Facebook – the very companies blocking content.

Former Google Chairman Eric Schmidt made his feelings perfectly clear in an interview with Fox Business in March of last year, stating, “We’re not arguing for censorship, we’re arguing for just take it off the page… right… Put it somewhere else. Make it harder to find.”

So much for a “free and open internet.”

Below are some examples of how Silicon Valley companies like Google, Facebook, and Twitter have violated the principles they purport to support with so-called net neutrality. To see more examples — dating back years — visit “Report the Bans” on FreeOurInternet.org.

To learn more about the fake net neutrality being considered by Congress, go to www.FreeOurInternet.org.