Earlier this week, we reported on accusations that Google is in cahoots with the Clinton campaign. Now, an explosive video from SourceFed claims that the company – which holds a virtual monopoly on search – is actively altering search recommendations in favour of the presumptive Democratic nominee.

Did Google manipulate search for Hillary?

Did Google manipulate search for Hillary? This is perhaps the biggest story we've ever reported. 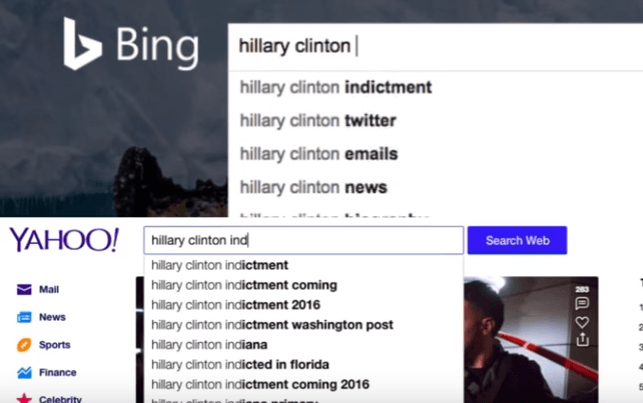 “The intention is clear” says SourceFed’s Matt Lieberman. “Google is burying potential searches for terms that could have hurt Hillary Clinton in the primary elections over the past several months by manipulating recommendations on their site.”

The video goes on to draw attention to Google CEO Eric Schmidt’s ties to the Clinton campaign, as well as the current Democratic administration — something Breitbart Tech also highlighted in our article earlier this week.

Like Breitbart, SourceFed notes that Schmidt is the founder of campaigning organization “The Groundwork,” the sole purpose of which is to put Hillary Clinton in the White House, by putting Silicon Valley’s technological prowess at the campaign’s disposal.

Schmidt is also an active adviser to the current administration, serving as the head of the Defence Innovation Advisory Board, which provides tech advice to the Pentagon.

Stephanie Hannon, the Chief Technology Officer of the Clinton campaign, is also a former Google employee.

The remarkable extent of Google’s links to Obama administration are well-documented. Close to 250 people have moved from employment in the White House to employment at Google, or vice-versa. Google’s head of public policy, Johanna Shelton, has made more than 125 visits to the White House.

Anyone — or any company.

UPDATE — A Google spokesperson provided Breitbart with the following quote, denying that it manipulated search results to favor Clinton.

Google Autocomplete does not favour any candidate or cause.  Claims to the contrary simply misunderstand how Autocomplete works. Our Autocomplete algorithm will not show a predicted query that is offensive or disparaging when displayed in conjunction with a person’s name. More generally, our autocomplete predictions are produced based on a number of factors including the popularity of search terms.