The two leaders met and shook hands at the island resort Capella Singapore and exchanged a few words with their interpreters before entering the hotel for their one-on-one conversation. 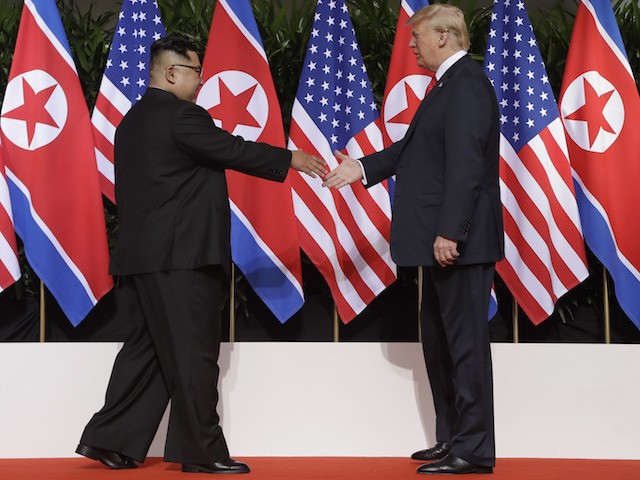 “I feel really great. We’ll have a great discussion,” Trump said to the press as the two leaders sat briefly. “This will be tremendously successful. It’s my honor. We will have a terrific relationship.”

Kim commented that the pair overcame obstacles to be at the summit.

“It wasn’t easy for us to come here,” he said. “There was a past that grabbed our ankles and wrong prejudices and practices that at times covered our eyes and ears. We overcame all that and we are here now.” 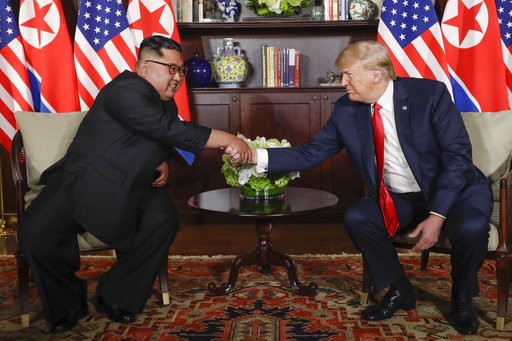 After shaking Kim’s hand, Trump flashed a thumbs up signal to the cameras.

The president and Kim met for about 40 minutes before walking over to the second meeting with members of their staff. The two leaders waved at the press as Trump said they were going to have a “very, very good, excellent relationship.” 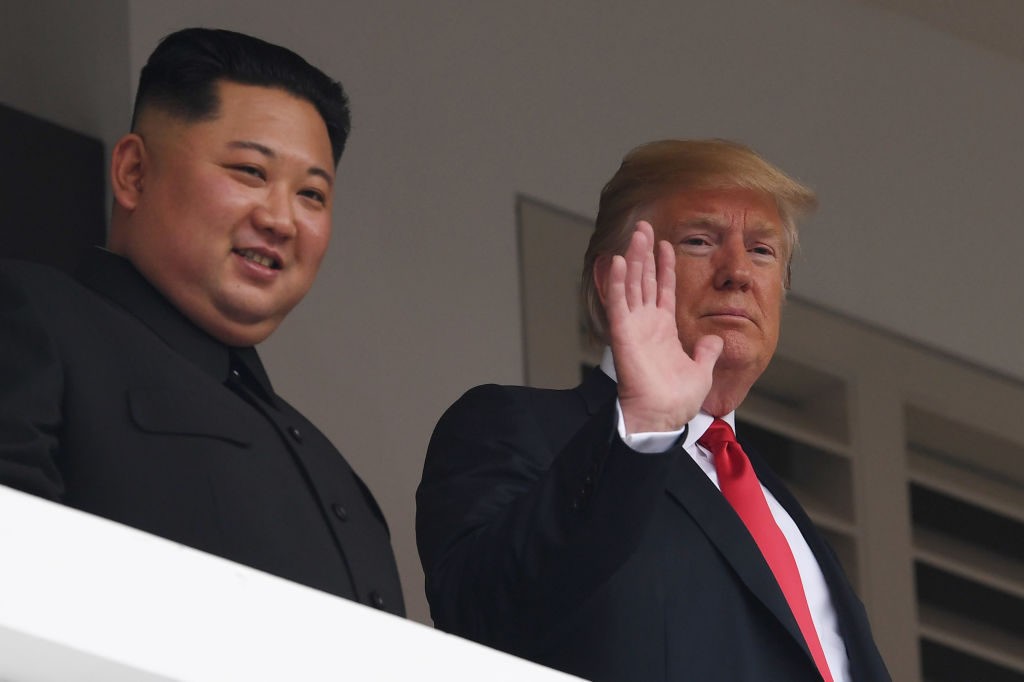 US President Donald Trump (R) waves as he and North Korea’s leader Kim Jong Un look on from a veranda during their historic US-North Korea summit. (SAUL LOEB/AFP/Getty Images)

Reporters reviewing audio from the walk-by said that Kim’s translator said, “Many people in the world will think of this as a … form of fantasy…from a science fiction movie,” an interpretation of what Kim said to Trump. 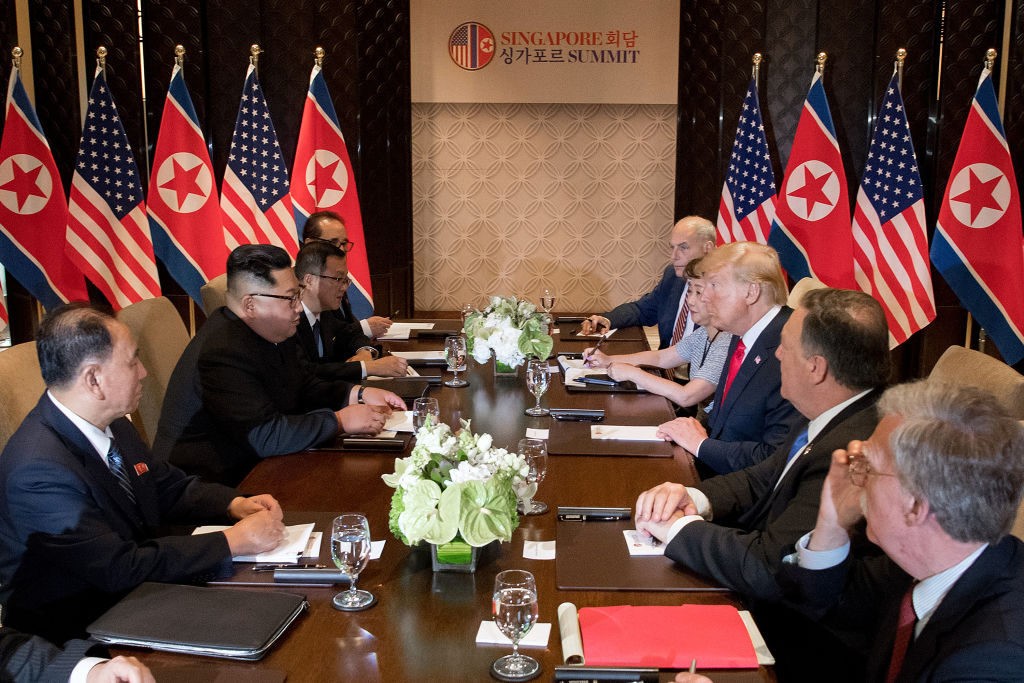 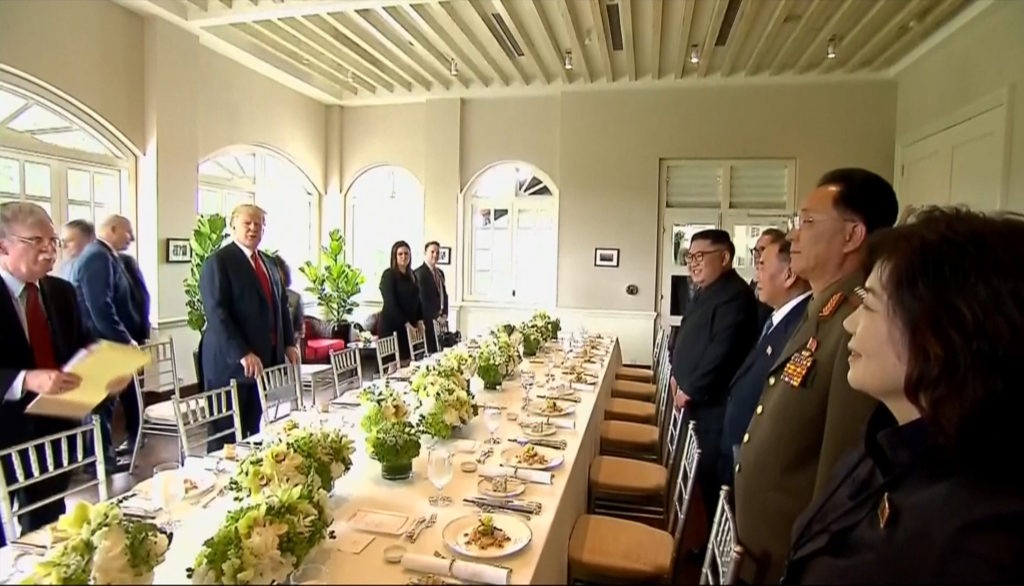 Photographers and TV cameras were allowed into the lunch briefly to mark the occasion.

“Getting a good picture everybody? So we look nice and handsome and thin?” Trump joked to the photographers. “Perfect.”

The White House shared a copy of the lunch menu with the press: