In the wake of his Singapore summit, President Trump is #Gaining in public opinion. For instance, a June 14 poll from Monmouth University offers Trump plenty of good news, even if it’s obscured in a confusing headline: “Trump Looked Strong, But So Did Kim; North Korea May Have Gained More.”

After reading that header from Monmouth, one might wonder if the author wished to praise Kim more than Trump.  And yet even if that’s the case—that the headline was biased—the rest of us might observe that the essence of a lasting deal is one in which both parties feel that they have come out ahead. In other words, a win-win.

In the meantime, if we look at the numbers in the survey, we see that Trump’s approval rating is at 43, with 46 disapproving. That’s just three points “under water,” which is a massive improvement from the 24-point deficit Trump suffered from in the same poll in December. Indeed, Trump’s approval rating, at this point in his presidency, is comparable to that of most of his recent predecessors.

Moreover, a further dig into the Monmouth numbers shows us that by a whopping 51-point margin, 71:20, Americans think the summit was a good idea. In addition, by a 33-point margin, they think that the summit made Trump look stronger on the world stage, not weaker.

We can note that Trump’s improving poll numbers are coming in spite of the familiar endless onslaught of negative press, and yet even on that score, the dark clouds might be parting—well, a little bit.

Yes, a few among the media elite are now seeing at least something praiseworthy in POTUS.  On June 11, in advance of the Singapore summit, Jim VandeHei, a certified Beltway bigfoot, ventured that it was good that Trump was trying something new:

Even Democrats begrudgingly tell us North Korea would not be returning hostages and talking denuclearization absent Trump’s mad-man routine. The stilted, scripted, sclerotic ways of tradition are not always terribly effective tactics.

Some might call that grudging praise for Trump, and yet it’s still praise—and at the same time, it’s surely a sharp criticism of the pre-Trump policy status quo.

And after the summit, we saw this headline in Politico: “Why Trump Was Right to Sit Down With Kim Jong Un: Other presidents failed to stop North Korea’s nuclear drive. It was time to try something radically different.”  The authors were two blue-chip foreign policy scholars, Aaron David Miller and Richard Sokolsky, of the Wilson Center and the Carnegie Endowment for International Peace, respectively. The two stipulated that they were not Trump fans, and yet they gritted their teeth and wrote, “We believe that Trump . . . was right to try [meeting Kim].” They added, “talking is a lot better than shooting,” and “engaging Kim was essential.”

Also in the wake of the summit, veteran MSM journalist Michael Hirsh had a particularly interesting take, focusing on one of Trump’s showbiz-y flourishes, namely the video, “A Story of Opportunity,” that he had made to show to Kim. The short movie has been bashed, of course, by the MSM—sample nastygram headline from The New Yorker: “The Sensational Idiocy of Donald Trump’s Propaganda Video for Kim Jong Un”—and yet Hirsh bucked the herd, headlining his article in Politico, “Why Trump’s Movie Trailer About North Korea Was Brilliant.” 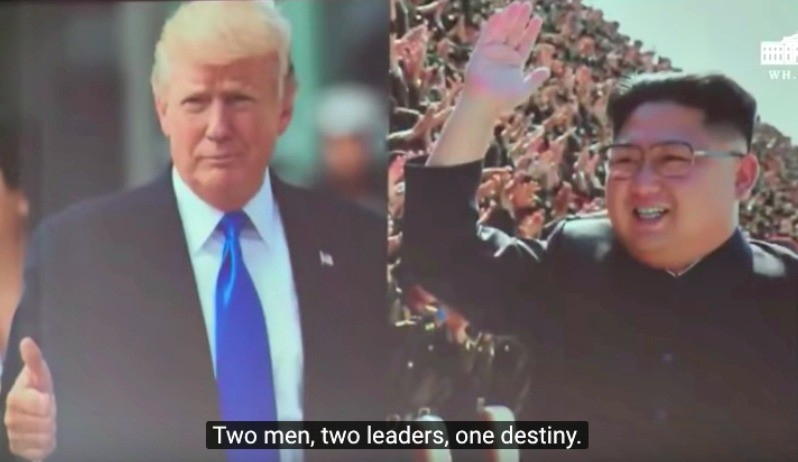 As Hirsh put it, “For the past quarter century American presidents have tried confrontation, bargaining and bartering with North Korea, and all have failed.  One thing that hasn’t been tried is flattery.” To which the world might say, Good,  whatever it takes.

Yet over the past year, as Hirsh recalled, Trump has been no kind of beggar; indeed, he has been as handy with the big stick as with the carrot.  And it worked: “After Trump reacted with unprecedented threats last fall, promising to ‘totally destroy’ North Korea if necessary, Kim quickly started talking, first to South Korea, then to Washington.”

And once Kim shifted his tone, Trump’s tone shifted too; he promised the North Korean “prosperity like he has never seen.” Is it in poor taste to envision, say, a Trump Tower in Pyongyang?  Or a Mar-a-Lago somewhere on the North Pacific coast?  Maybe, in the minds of some, it is positively gauche to think of economic development in North Korea. Yet perhaps plush edifices are exactly what Kim wants—such is the art of the deal. 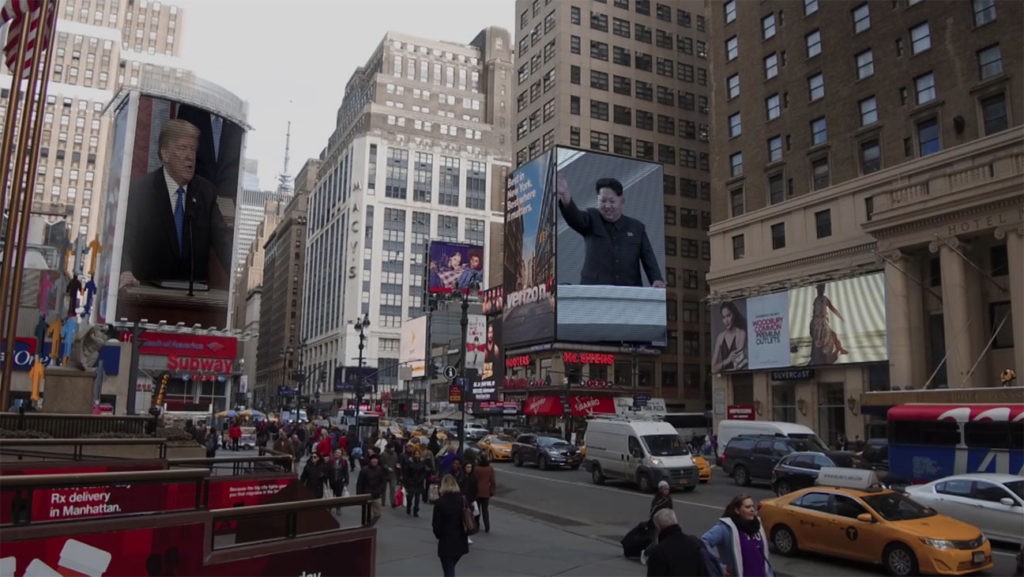 Of course, we shouldn’t get carried away with the idea that the MSM is warming to Trump. The same Politico, for example, printed an article that was notable for its nitpickingness, headlined, “Trump faces backlash after saluting North Korean general.” The article quoted White House press secretary Sarah Huckabee Sanders describing Trump’s gesture as “a common courtesy,” but that wasn’t good enough for Sen. Chris Van Hollen (D-MD), who decried Trump’s salute as “nauseating.” 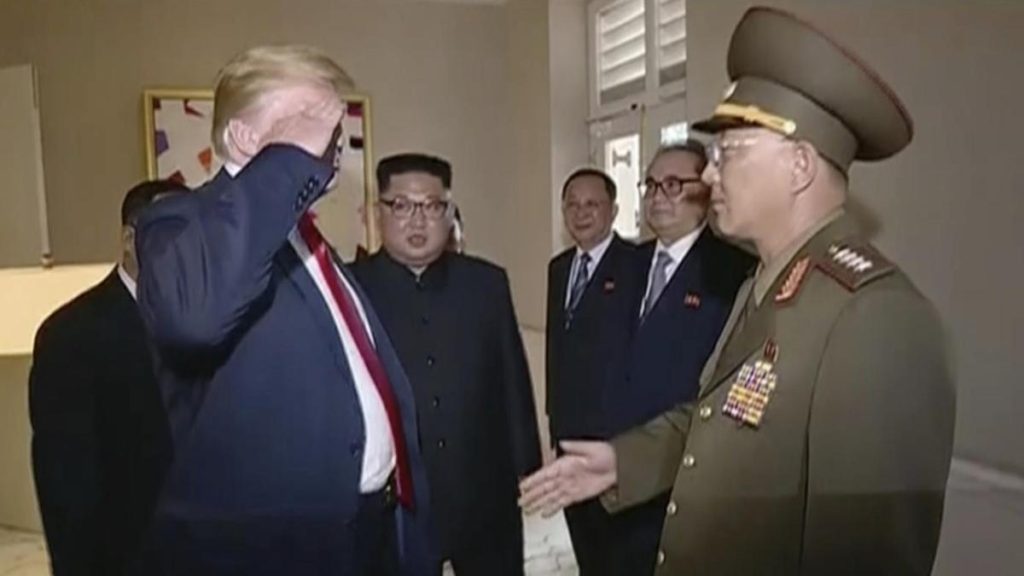 Revealingly, on Friday afternoon, this nothingburger of a story was first in the “most-read” box on Politico’s home page—thus indicating that the Politico readership can’t get enough of Trump-bashing.  (Alas, Virgil can’t remember if Politico and its readers were equally upset about Barack Obama’s deep bow to the Saudi Arabian king.) 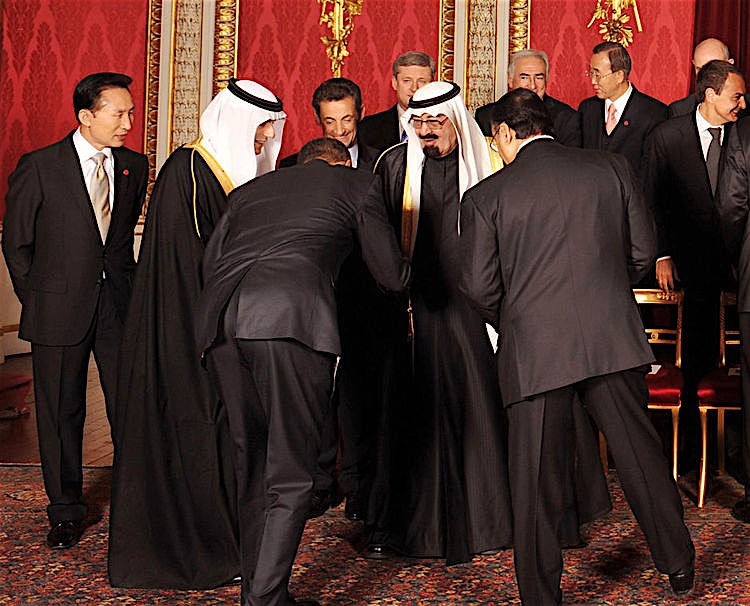 Yet here’s a Virgilian prophecy: Confronting an MSM barricade, Trump will break through, because, frankly, that’s what he usually does.

Indeed, we saw Trump at his media-savviest—and punchiest—on Friday morning, when he held forth at an impromptu press conference on the White House north lawn. He told a reporter that he did the deal with Kim “because I don’t want to see a nuclear weapon destroy you and your family.” As they say in the red states (and some blue states), that puts the hay down where the horse can get it. 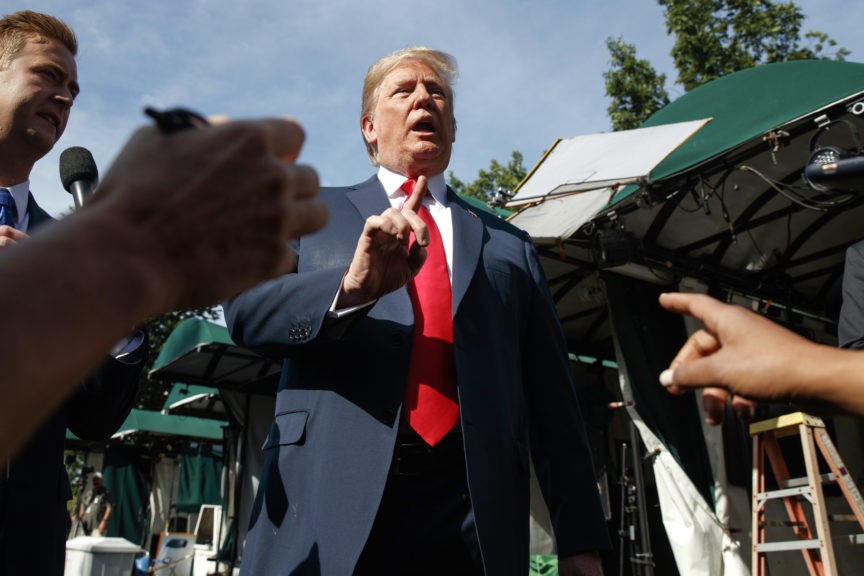 Of course, Trump knew full well that he was speaking to more than just the reportorial throng scrummed around him; he was also reaching TV and Internet audiences around the country and around the world. One suspects that those folks heard Trump loud and clear when he said that if the U.S. and North Korea had somehow stumbled into war, “millions of people would have been killed.” Specifically: “Seoul has 28 million people 30 miles off the border. You would have had 30, 40, 50 million people killed.” So one suspects that Trump has new fans, too, in South Korea.

So now, for fun, we might ask: If Trump is gaining in America and in Korea, is it possible that he’s also gaining in Norway? That is, is he any closer to being awarded a Nobel Peace Prize? The easy answer is “no,” if only because the Nobel Committee wouldn’t want to be the cause of a mass suicide among the foreign-policy elite.

Still, history isn’t done with Trump.A s has been noted elsewhere, the 45th president really has shaken things up. And as the component parts of the world order are rearranged, hopefully in a good way, it’s becoming increasingly evident that, well, lots of once-impossible things are now possible. As Trump, ever the showman eager to build an audience, loves to say, “We’ll see what happens.” And so the rest of the world, whether they like Trump or not, will just have to stay tuned.