The vast majority of Americans say that cheap foreign labor displacing U.S. jobs contributed to the collapse of the American manufacturing industry that occurred decades ago.

The latest Morning Consult Poll reveals where Americans lay the blame for the U.S. manufacturing industry’s collapse nearly two decades ago. About 71 percent of voters say cheap overseas labor displacing U.S. jobs has played a “significant role” or “somewhat of a role” in the steep decline in manufacturing employment years ago.

After the North American Free Trade Agreement (NAFTA) was implemented, American manufacturing employment plummetted with 5 million manufacturing jobs being eliminated between 2000 and 2014. 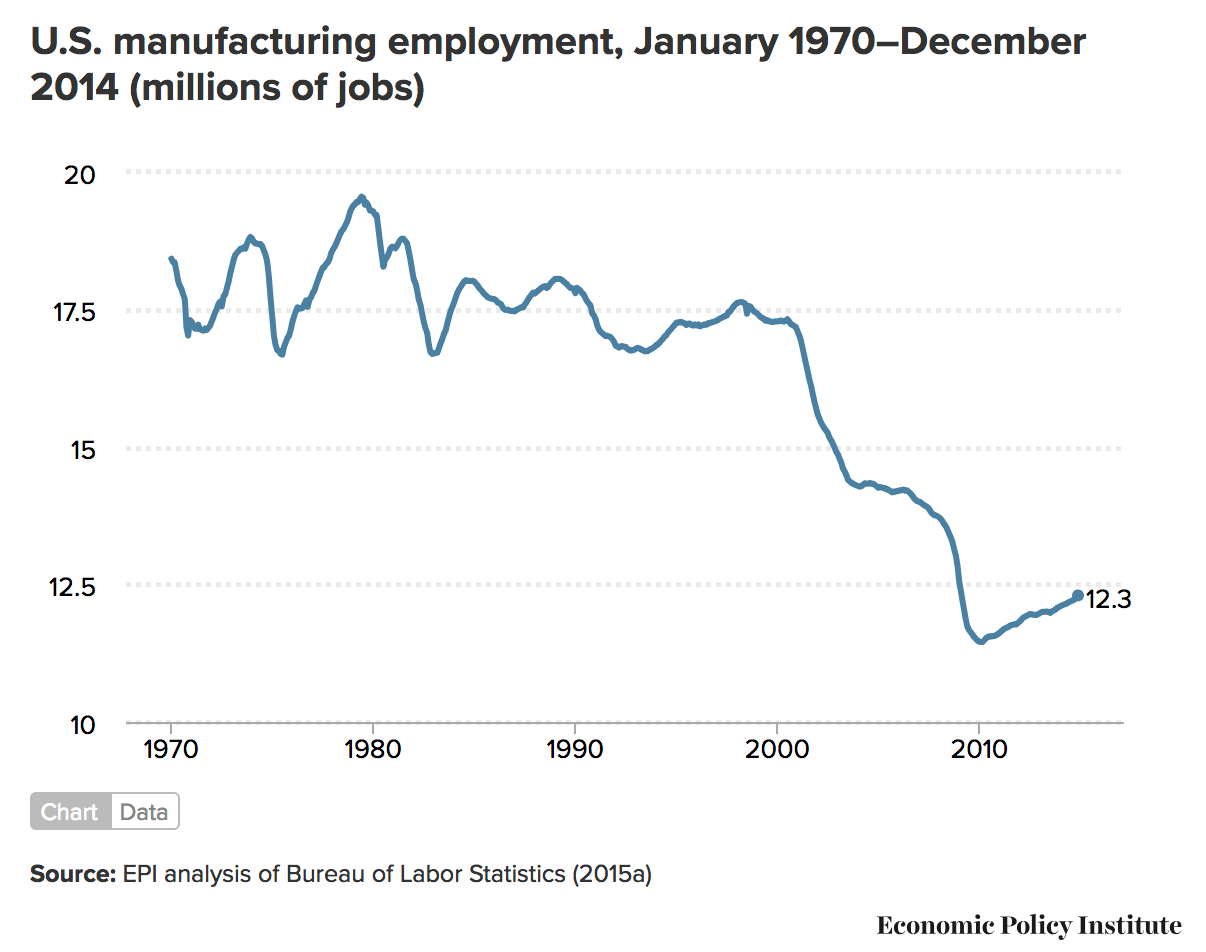 Starting in 2000 — as the U.S. racked up billions in trade deficits and free trade negotiations allowed multinational corporations to readily outsource American jobs to underdeveloped nations — the U.S. manufacturing base steadily declined every year until 2014.

About 63 percent of Republican voters say cheap labor overseas displacing U.S. jobs played a major role in that slow collapse of U.S. manufacturing that Trump has sought to build back up. Even more conservatives, 66 percent, say the same.

The poll reveals how politicians in the Republican Party pushing endless multinational free trade remain out-of-touch with their constituency, which increasingly views tariffs on imported goods as a necessity to protect U.S. industry and American jobs.

The majority of conservatives and Republican men say the U.S. has benefitted less than other countries from multinational free trade deals. The plurality of Americans, 32 percent, said the same.

Free trade, like immigration, is an issue that has come at the expense of American workers. With free trade, foreign markets have been readily opened to multinational corporations, allowing them to offshore American jobs while easily exporting their products back into the U.S.

The Rust Belt has been one of the hardest regions hit because of U.S. free trade with Mexico. In total, about 700,000 U.S. workers have been displaced, including: