More than 100 deported migrant parents have separated themselves from their children and left them behind in the United States, according to Kevin McAleenan, head of U.S. Customs and Border Protection.

“So we’ve seen many [deported] parents — apparently over a hundred already — say that they’d rather have their child stay here,” McAleenan told Politico’s interviewer, Luiza Chwialkowska Savage. “They might have a family member who that child can be placed with in the U.S., but that is the parent’s decision,” he said July 17.

The growing number of self-imposed separations comes as progressives and judges continue their emotional protests against the federal effort to shelter children while their migrant parents are detained for immigration violations or asylum hearings.

The judges’ campaign against “family separation” has forced President Donald Trump to reinstate “catch-and-release” policies for migrants with children, and has rushed the release of roughly 2,600 parents and a similar number of children, including the 100-plus adults who have now voluntarily separated themselves from their children.

The post-release separation of parents from their children is a deliberate choice by the parents, Jessica Vaughan, policy director at the Center for Immigration Studies, told Breitbart News.

That is the choice of their parents! The whole point of bringing the kids was to get the kids into the United States to live with friends or [extended] family. That was always the intended result. The [parents often will] reunify by coming in illegally on a later date.

The parents are willing participants in the criminal act of smuggling, willingly putting their children in this dangerous situation, and willingly separating themselves from their kids, and willingly remaining separated.

Roughly 500,000 migrants from Central America were let into the United States under President Barack Obama, creating many family networks that can help raise the migrants’ abandoned children — and a new population of illegal-alien children to lobby for future amnesty legislation.

In the interview with McAleenan, Politico’s questioner asked: “A lot of people have been surprised to read that some of these parents were deported with their children still here in government custody. Can you explain a little bit about what happened in those cases?”

When they finish their immigration proceeding and have a final order of removal from an immigration judge, and ICE [U.S. Immigration and Customs Enforcement] is taking that step to remove them to their home country, if they are aware that their child is in HHS [Department of Health and Human Services] custody, ICE gives them the opportunity to make a decision to bring the child home with them or to have the child stay with HHS custody and exercise their own rights under the TVPRA [Trafficking Victims Protection Reauthorization Act].

So we’ve seen many parents – apparently over a hundred already — say that they’d rather have their child stay here. They might have a family member who that child can be placed with in the U.S., but that is the parent’s decision.

After McAleenan’s revelation, Politico’s questioner quickly moved on another subject, saying “So let us talk a little bit about the big picture.” 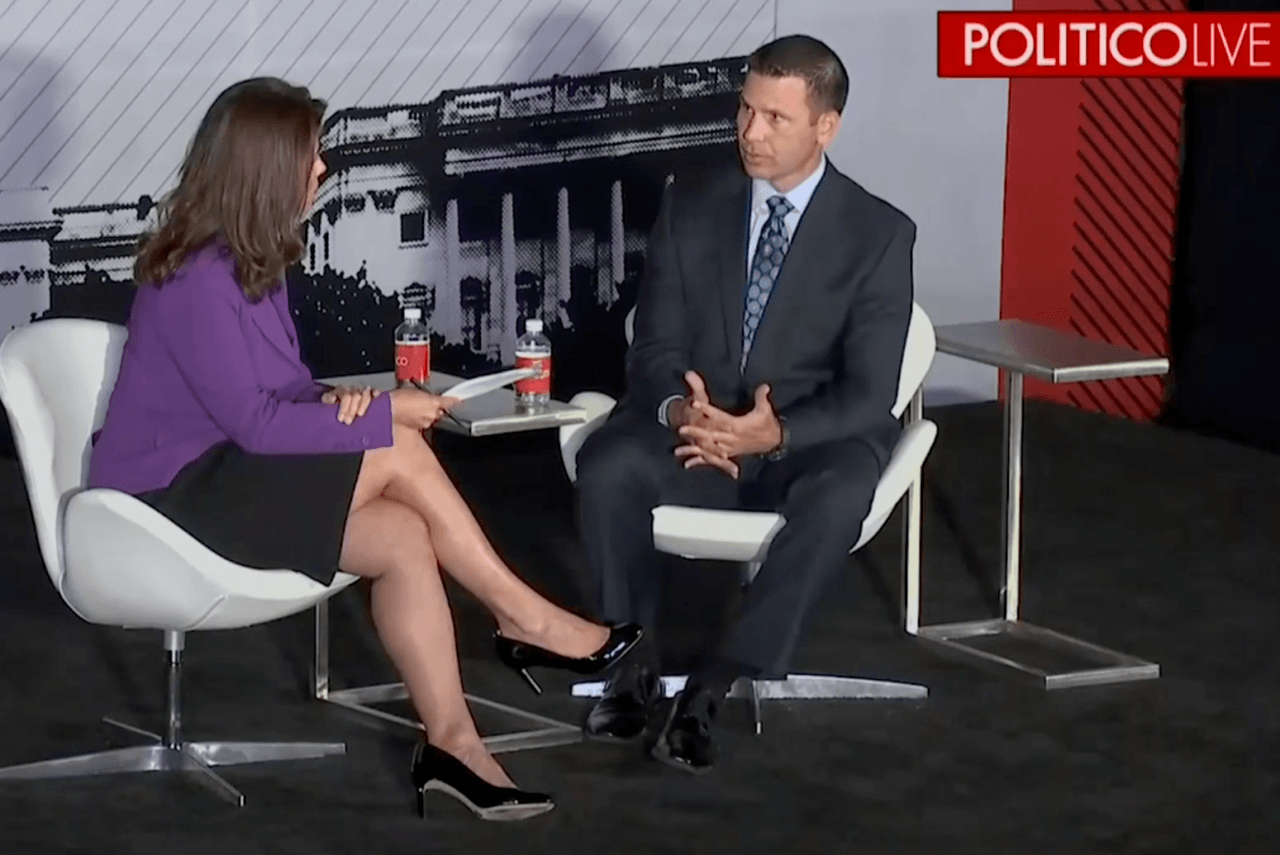 A DHS official said early July that at least 12 parents of children aged four or younger had decided to leave their children behind in the United States.

The expanding abandonment of children is a political problem for progressive groups which have claimed moral superiority over pro-enforcement advocates via their emotional campaign ‘to end to family separation.’ 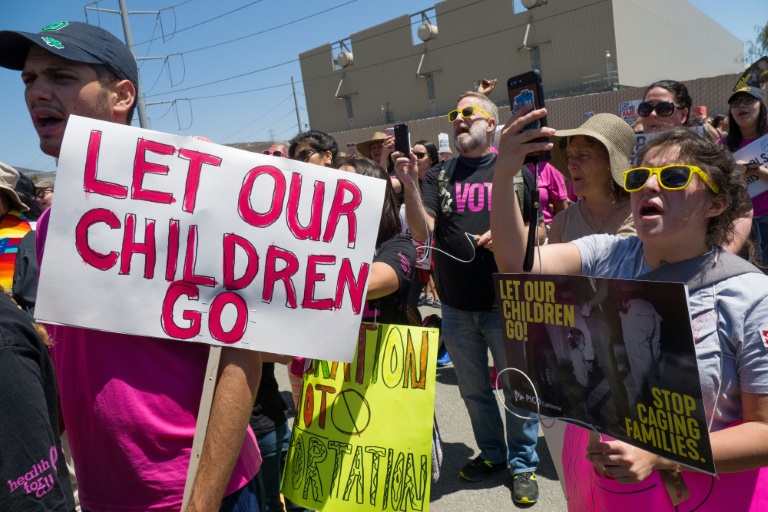 For example, a June statement from American Academy of Pediatrics declared:

“Separating children from their parents contradicts everything we stand for as pediatricians — protecting and promoting children’s health,” AAP President Colleen A. Kraft, M.D., M.B.A., FAAP, said in a press statement. “The new policy is the latest example of harmful actions by the Department of Homeland Security against immigrant families, hindering their right to seek asylum in our country and denying parents the right to remain with their children.”

The President of the pediatrics association made some very strong comments about the long-term impact, psychological impacts, impacts on brain development on children who are separated from their parents like this. It has been very difficult for any of us, and I know you’re a dad, to watch this. Talk about what you see as the moral dimension here. What are our responsibilities to the children?

“We need to protect them, ideally, before they even take this perilous journey and are victimized by smugglers [and] are put in stash houses, and many lose their lives,” McAleenan responded.

Progressive lawyers are urging migrant parents to let their children file separately for asylum, even after the parents are slated for deportation.

Pro-immigration advocates say the 2008 update to the TVPRA law allows children to seek asylum — and eventually citizenship — because their parents carried them into the United States and then refused to take them home.

The 2000 law was passed, according to the act’s preamble, “To combat trafficking in persons, especially into the sex trade, slavery, and involuntary servitude, to reauthorize certain Federal programs to prevent violence against women, and for other purposes.”

A 2013 policy set by the officials working for President Barack Obama said “unaccompanied children” can file for amnesty even if they have a parent in the United States and even after they turn 18.

However, Obama’s lenient policies have been partly supplanted by an asylum reform established in June by Attorney Gen. Jeff Sessions. The Sessions reform says migrants cannot get asylum by claiming spousal abuse or fear of gangs.

In California, the ACLU is pressing Judge Dana Sabraw to let them represent children, with or without parents. The Associated Press reported July 16:

“As a result of the Attorney General’s (patently unlawful) asylum decision, it will be that much more difficult to advise families about whether a child will ultimately prevail in his or her asylum claim,” the ACLU said in the filing, “or instead will spend years by themselves in the United States fighting their case in the immigration courts, only to be removed at the end of the day.”

In New York, the New York City’s Legal Aid Society is trying to help migrants and their children stay. Politico summarized a comment from lawyer Judith Goldiner, saying “Some parents would rather their children stay in the U.S. to avoid violence even if it means being separated, she said.”

William Silverman, of the New York law firm Proskauer, spent a week in June at the Dilley family immigration detention center southwest of San Antonio, where he represented four Central American children ages 5 to 10 who appeared on their own for appeals after they and their mothers failed credible fear interviews.

He said the judge, speaking to the children via closed-circuit television, denied their appeals and told each kid “good luck in your home country.”

“Some of the kids were not old enough to fully understand the consequences,” Silverman said. “But the oldest boy, as soon as the judge spoke, he didn’t say anything but slouched over and put his head down. He looked completely dejected.”

Many elite lawyers are providing free aid to the migrants.

All-star of the week this week is @lindsaycnash who travelled up with little notice to provide credible fear orientations to 40 migrants being held in the Albany County Jail. When the border comes to NY, we respond accordingly. Thanks for being a part of the team @CardozoLaw!

In his Politico interview, McAleenan said that the law could be enforced and migrants can be treated fairly if Congress allows agencies to hold them in detention for a short period instead of releasing them to hide in the nation’s population of 11 million illegal migrants.

“Immigration processing can be done fairly and relatively quickly [and] the detain docket for the immigration courts moves in about 45 days on average …. for those in ICE custody,” he said, adding that the backlog now consists of 700,000 cases. He continued:

Only about 5 percent of the people released ultimately end up being removed, even if they get a final order of removal for immigration purposes. It is really that in-custody docket, move in 45 days, that actually creates an immigration system where we have a rule of law, and we don’t have that if we are releasing people.

Thanks to @SarahFRogerson for her work to ensure access to counsel for migrants detained in Albany. Toughest part by far was trying to explain to these asylum-seekers that they're being held in jail for an untold amount of time simply for seeking safety from persecution. https://t.co/1VV7VRgiSH