Protecting religious freedom is as important as protecting other human rights, although it is commonly seen as less important, scholars and humanitarian experts argued at an event on Capitol Hill on Friday.

Freedom of religion has come under increasing attack over the last century, often during war, they argued at the event sponsored by the Committee For Responsible Foreign Policy examining war’s impact on religion.

Even if religion is not the intended target, war has a destructive impact on religion, they said. For example, World War I preceded the collapse of Christianity in Europe, the rise of nationalism, and persecution of Christians in the Middle East, said Rod Dreher, writer at the American Conservative, and author of “The Benedict Option.”

World War II further hastened this development, said Thomas Farr, director of the Religious Freedom Research Project at the Berkley Center for Religion, Peace, and World Affairs, and associate professor of the practice of religion and world affairs at Georgetown’s Walsh School of Foreign Service.

He said religion evaporated in the Netherlands, one of the most religious countries in Europe, after World War II. It became “very atheist, very secular” in large part due to the trauma of war, he said.

“War is a terrible thing for religion. It debases the faith and destroys the conditions under which faith can thrive,” said Dreher.

Speakers at the half-day event gave more examples of war’s destructive impact on religion that continue today, albeit at a smaller scale. 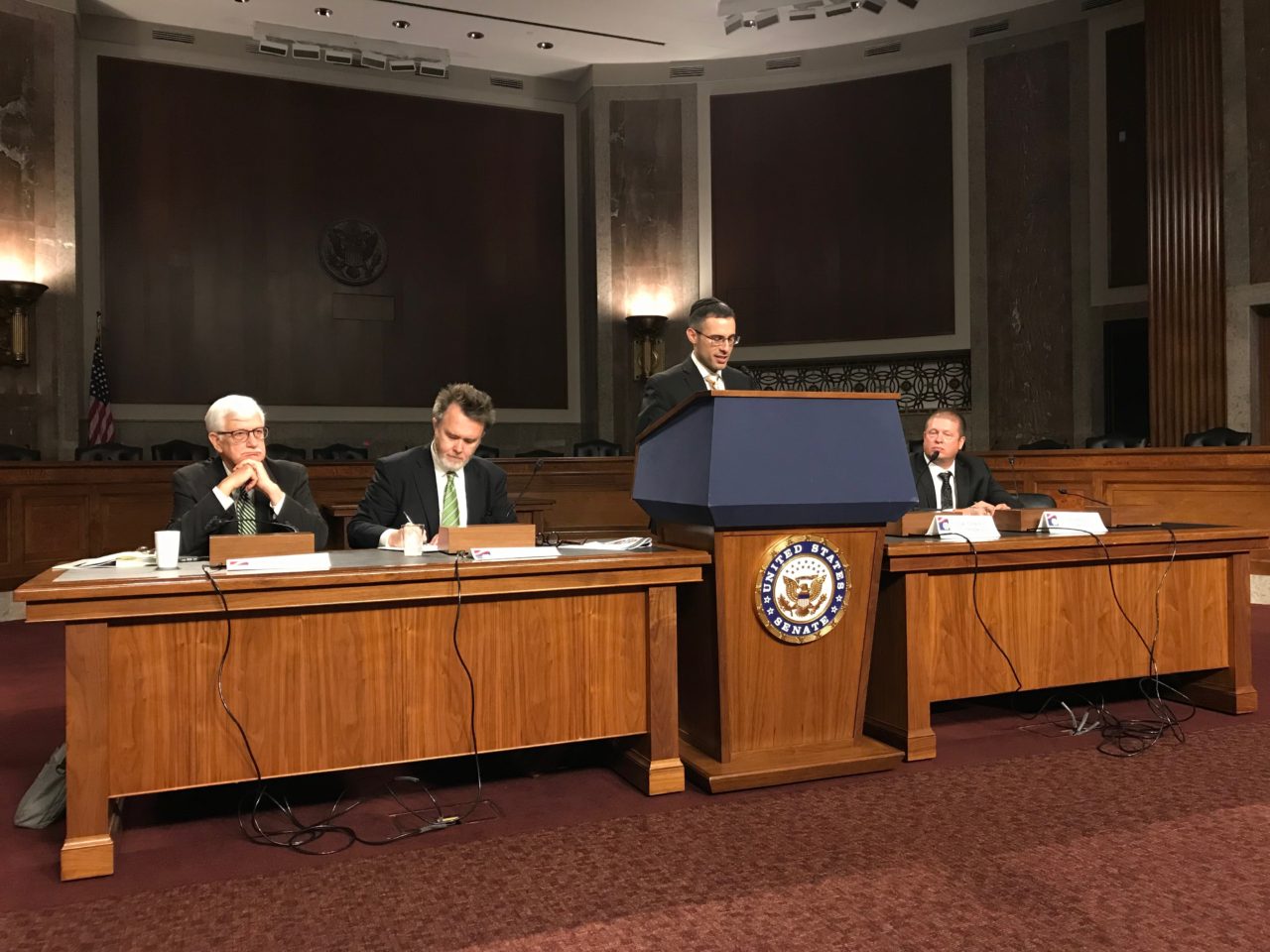 John L. Allen Jr., editor of Crux, which specializes in coverage of the Vatican and the Catholic Church, described meeting a Christian woman who was kidnapped and tortured by terrorist group Boko Haram in Nigeria for refusing to convert to Islam.

Partners Relief & Development CEO Steve Gumaer described meeting a grandmother in Myanmar, who saw 47 members of her family killed while they were trying to escape violence between the two major religious groups — Muslims, who are primarily of the Rohingya ethnic minority, and Buddhists. Gumaer said in the case of Myanmar, the government was using religious tensions to foment violence and divide the people.

Despite attacks on religion, protecting religious freedom does not get as much support as other human rights such as protecting women’s rights, according to Kristina Arriaga, commissioner of USCIRF.

Rather, religious freedom is seen as the “eccentric uncle of the human rights family,” she said.

Arriaga argued that religious freedom and women’s rights intersect and support one another. She pointed to cultural practices such as female genital mutilation that diminish in popularity when religions oppose their use in a pluralistic society.

Women in war-torn countries have told her that religious freedom would help them, including by allowing to them to seek support and giving them access to society.

In some cultures and religions, women are married to men at a young age and in some cases, such as if their husband dies, can become very isolated from society.

“Every time I have met with women’s group, they agreed robust religious freedom protections in these countries would benefit women greatly,” she said.

For example, Gumaer said that, in Iraq, many refugees turned to churches for help, rather than outside institutions collaborating with a government they did not trust.

And without religious freedom, countries could become more sectarian, and trapped in an endless cycle of war, Allen, Jr., said.

Without protections for its religious minorities, there could be a continued slide in religious and ethnic tensions that could become a long-term geopolitical headache for the foreseeable future, he said.

“Once one religion believes [it] is above the other, that’s when you get sectarian issues,” Arriaga said.

But despite religious freedom’s critical role in helping to prevent a return to sectarianism, national security professionals often overlook its role.

“We need to engage the security people on this. It has been stunning to me that this never seems to come up in national security conversations,” Allen Jr. said.

Ambassador at Large for International Religious Freedom Sam Brownback, who hosted the world’s first international conference on religious freedom in Washington, DC, this week, agreed that more people within the foreign policy establishment needed to buy into the notion of religious freedom. 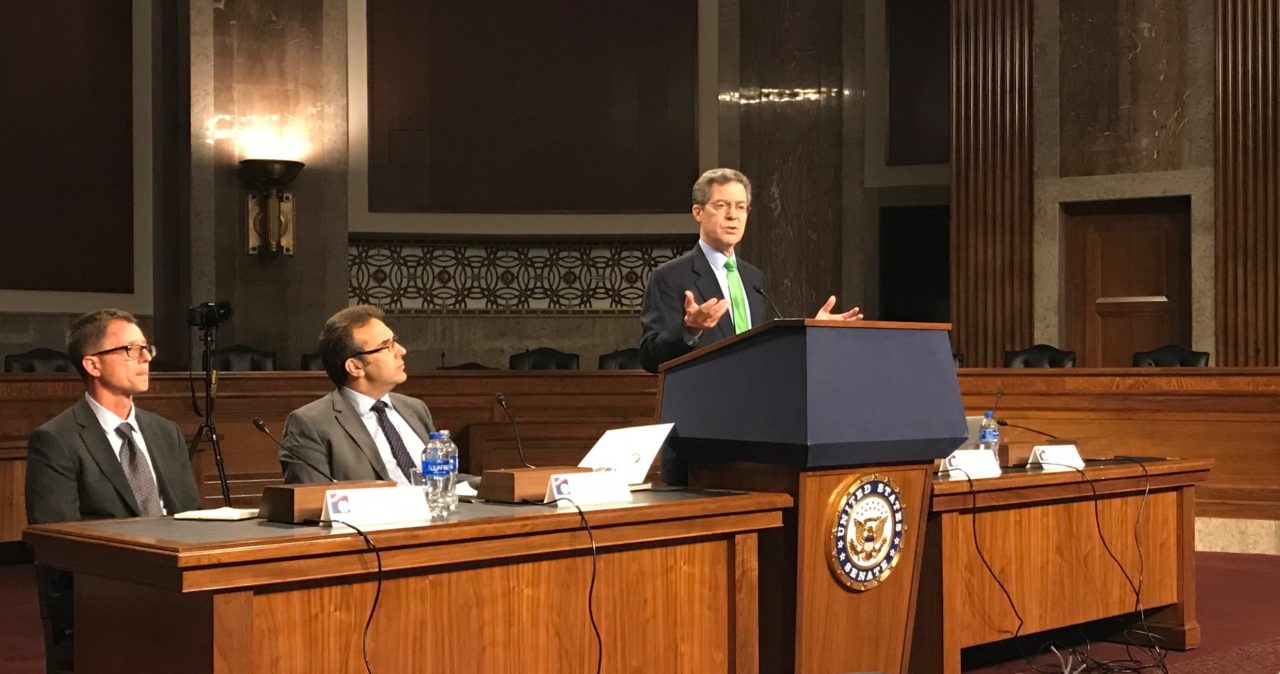 “Governments for a long time have just not known how to deal with religion,” he said.

But, he added, a “simple answer” is that “you let everyone be free.”

The Committee for Responsible Foreign Policy is a 501(c)(4) organization with the mission of pursuing a more restrained foreign policy that adheres to the Constitution. The organization aims to increase awareness of Congress’ Article I responsibility to oversee war. For more information on CRFP, please visit http://responsibleforeignpolicy.org.