Companies “have been hiring [foreign graduates] not because they are needed, but because it is easy and they could get away with paying them less,” said Jessica Vaughan, policy director at the Center for Immigration Studies. She added:

As soon as there is resistance from the government, they find another way, they start actually recruiting Americans and legal immigrants instead of [foreign] guest workers … [because] they want a [legally] stable worker force as a well as a cheap one.

The 2018 Corporate Recruiters Survey, conducted by the Graduate Management Admission Council, reported in June that “forty-seven percent of US companies plan to or are willing to hire international talent in 2018, down from 55 percent that had such plans in 2017.”

The changes have come since the Trump administration stepped up its scrutiny of applications for the highly-skilled-worker visa program known as H-1B. In recent months, immigration officials have sent more H-1B applications back for further documentation, according to U.S. Citizenship and Immigration Services data, compared with the last year of the Obama administration. The administration is also requiring more information about wages and the kind of work being performed …

Mohammad Salman Asif came to the U.S. from Pakistan two years ago to pursue an M.B.A. at the University of Georgia Terry College of Business. After graduating in May, he is to start a job next week as a senior financial analyst in San Jose, Calif., at Hewlett Packard Enterprise Co. , which agreed to sponsor the H-1B visa petition he will file next spring. If he could do all over again, he said, he wouldn’t choose a school in the U.S.

“It was really, really difficult,” said Mr. Asif, who sent out more than 1,000 job applications in recent months and said he repeatedly got the message in interviews with companies and from job postings that his lack of permanent work authorization was a hurdle. “If I could go back, I would choose another country which offers more stability.”

Trump’s pressure has sharply slowed the growth of the business-backed “Optional Practical Training” program which allows foreign graduates to get work permits for up to four years in the United States — and it even exempts employers from some taxes. According to a July 25 report by the Pew Research Center:

Growth in the once-booming program has slowed dramatically, according to a Pew Research Center analysis of government data …

The number of enrollees grew by 8% in 2017, compared with 34% in 2016. That’s the largest decline in the annual growth rate since 2004, the first year for which data on all foreign students are available. The slowed growth also follows a longer period of rapid expansion for the program. From 2014 to 2016, the number of enrollees nearly doubled in size, growing by 93%.

Business groups oppose Trump’s reforms because the reduced inflow of foreign graduates forces them to pay higher salaries to American graduates. For example, FWD.us is a D.C.-based advocacy group for high-tech investors in Silicon Valley and it fights for immigration policies which deliver investors a large stream of cheap college-graduates. 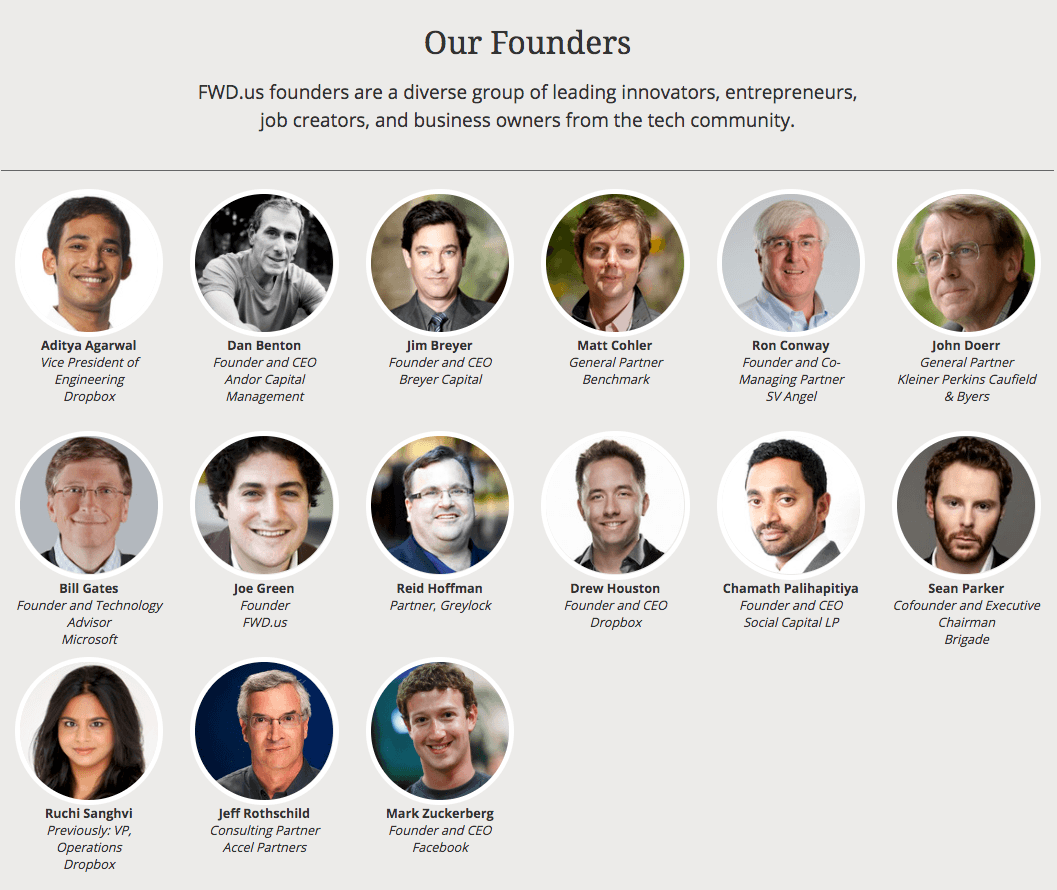 So far, the FWD.us group has helped business-first GOP legislators and Democrats block many of Trump’s reforms in Congress by diverting media attention to the debates about Central American migrants.

For many years, business groups have managed to minimize the growth of college-grad salaries. In fact, blue-collar wages have often risen faster that white-collar salaries, according to a June 2018 report by the Conference Board. 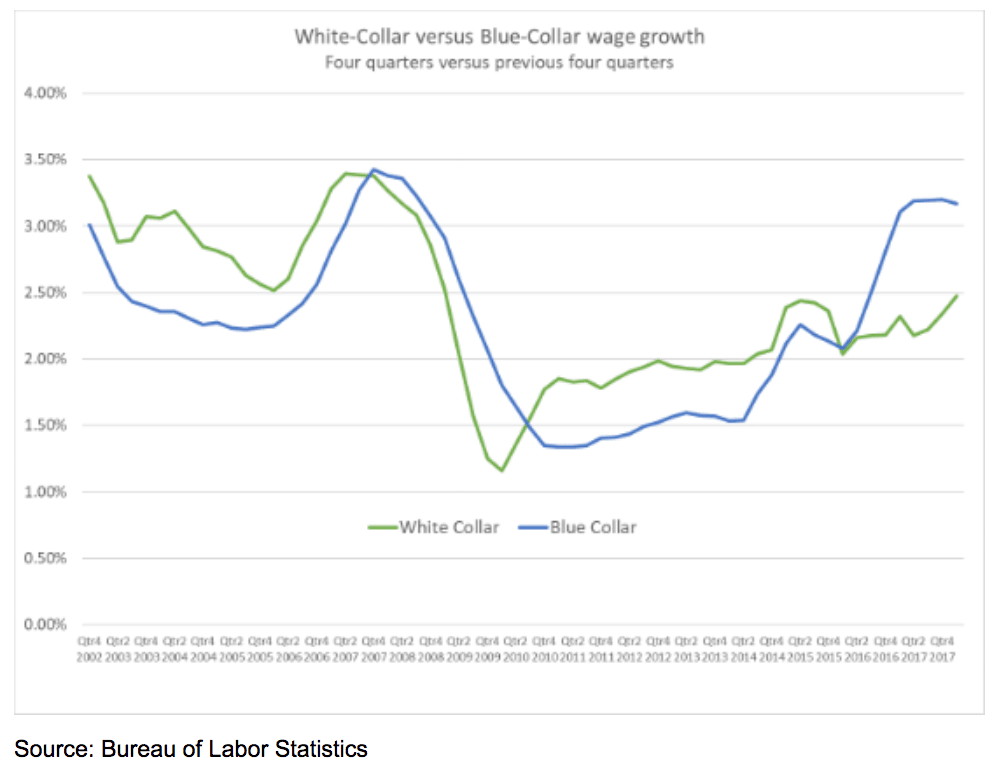 College-graduate wages have stalled partly because the federal government has allowed employers to keep a population of roughly 1.5 million foreign visa-workers in low-wage jobs through the U.S. economy. The foreign population is roughly equal to two years’ output of skilled graduate from U.S. four-year colleges and universities.

College-grad salaries are growing slower than blue-collar wages in what seems to be a full-employment economy. Why? Maybe b/c there is a hidden workforce of 1.5 million+ foreign college-grad visa-workers eager to work low-wage jobs in hope of a green card. https://t.co/EwqcQK2LUF

Business groups and immigration lawyers are trying to reverse Trump’s gains, she said. “The immigration lawyers are waging lawfare on behalf of their deep-pocketed employer clients who don’t want to give up what has been a huge [immigration] subsidy which reduces their labor costs. They are not going to let it go easy — they will challenge everything.”

Also, some GOP leaders are trying to smuggle in more foreign workers via various changes to immigration laws.

For example, Kanas GOP Rep. Kevin Yoder and 29 other GOP members of the House Committee o Appropriations voted on July 25 to expand two visa-worker programs, ease the movement of Central American workers into the U.S. labor force, and endorse a risky change to U.S. green-card laws which may help U.S. companies import many more outsourcing workers from colleges and universities in India.