American workers employed at small businesses across the United States are benefitting strongly with increased wages as President Trump clamps down on immigration.

The Trump economic model has been to tighten the labor market — partially through increased immigration enforcement—by asking businesses to hire Americans who have been marginalized from the workforce rather than imported a foreign underclass of cheap labor.

This economic model has secured new job opportunities and higher wages for blue collar American workers as there is less downward pressure on their hourly salaries from mass unskilled, illegal immigration.

The latest National Federation of Independent Business (NFIB) survey finds that small businesses are raising wages to retain and attract new workers into the workforce.

“Reports of higher worker compensation increased 1 point from June to a net 32 percent of all firms,” the NFIB report states. “Plans to raise compensation also rose 1 point to a net 22 percent, just 2 points below its recent peak of 24 percent in January.” 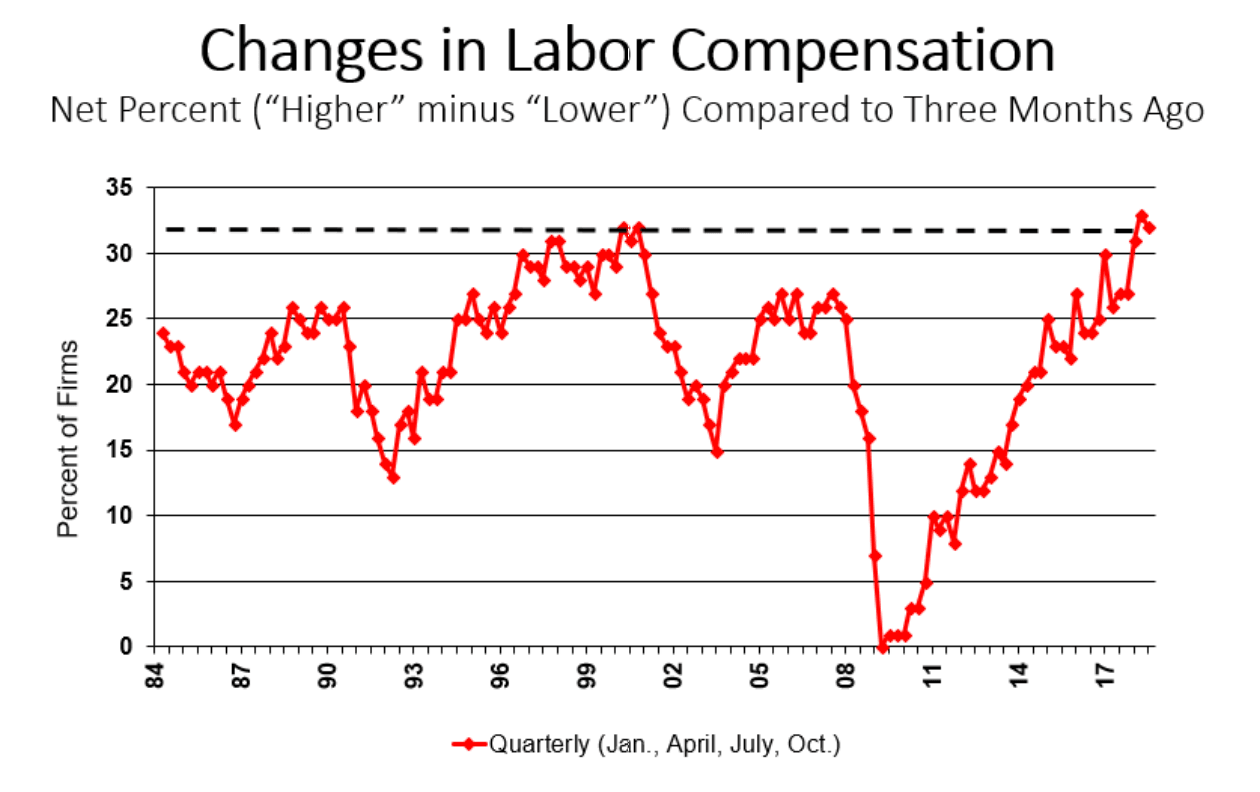 “Record job openings suggest that the economy has the potential to keep up its growth pace over the next few quarters if the ‘staffing problem’ can be resolved or mitigated,” the NFIB report notes. “An increase in the labor force participation rate would help.” 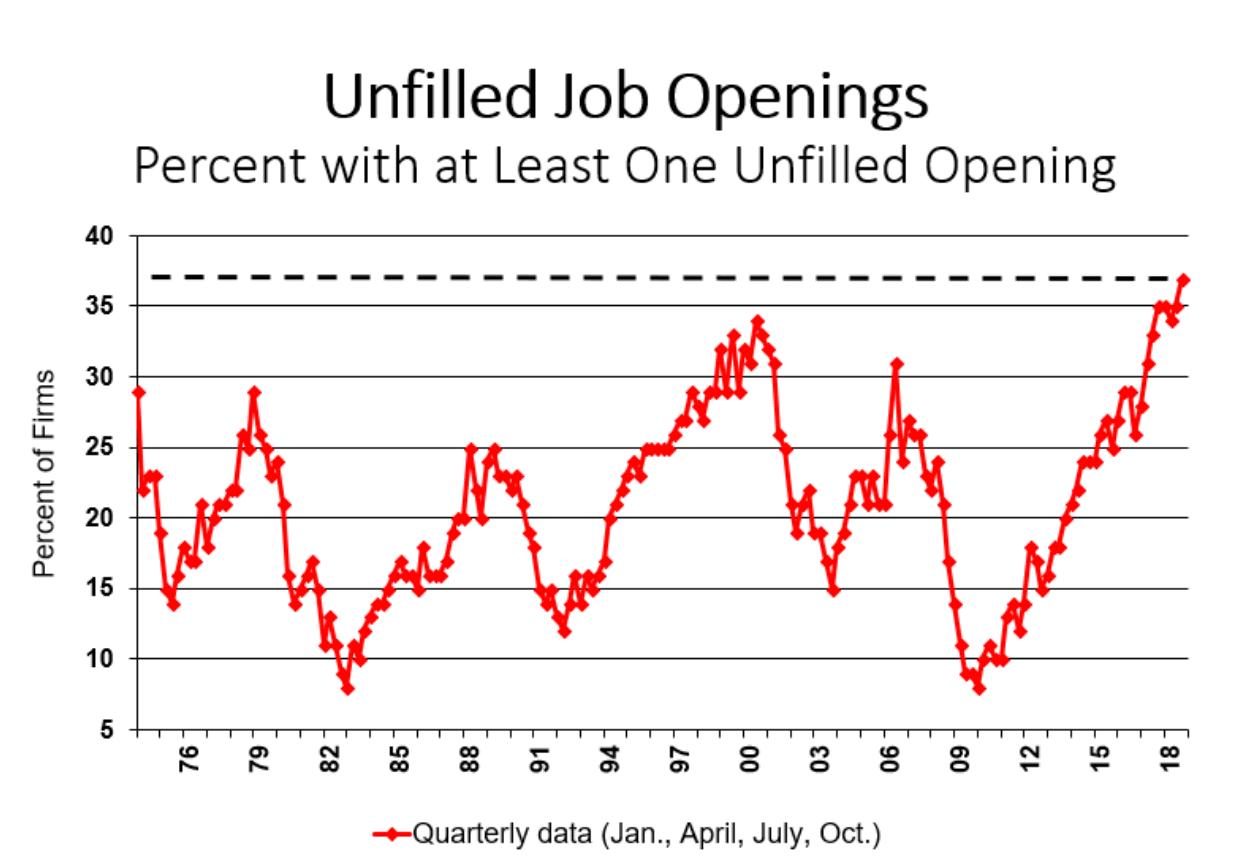 Rep. Dave Brat (R-VA)—Trump’s closest ally in the House—told local media that there are still roughly 10 million prime working-age Americans who are not in the labor force. Brat says the U.S., as Trump has sought to do, should focus on re-integrating those marginalized Americans back into the workforce rather than import foreign workers to take coveted American jobs.

“The irony is it makes it more transparent what the real problem of the labor market is,” Brat said of the tight labor market.

“The answer is not to bring in 10 million folks from abroad,” Brat said.

With immigration, the U.S. continues to import more than 1.5 million illegal and legal immigrants every year, resulting in decades of poor job growth, stagnant wages, and increased public costs to offset the importation of millions of low-skilled foreign nationals.