The majority of foreign refugees arriving in the United States every year cannot speak English, even after they have lived in the U.S. for five years.

An annual report by the Office of Refugee Resettlement was analyzed by the Center for Immigration Studies’ Jason Richwine and reveals the extent to which assimilation to life in America has failed for the refugee population.

About 58 percent, or nearly 6-in-10 refugees have “below basic” English skills after living in the U.S. for five years. These unassimilated refugees are sometimes described as “functionally illiterate.”

The number of refugees who cannot speak English is far below the native-born population, where 85 percent of Americans are proficient in English. Meanwhile, less than 20 percent of refugees in the U.S. — who have lived in the country for five years — have “proficient” English speaking skills. 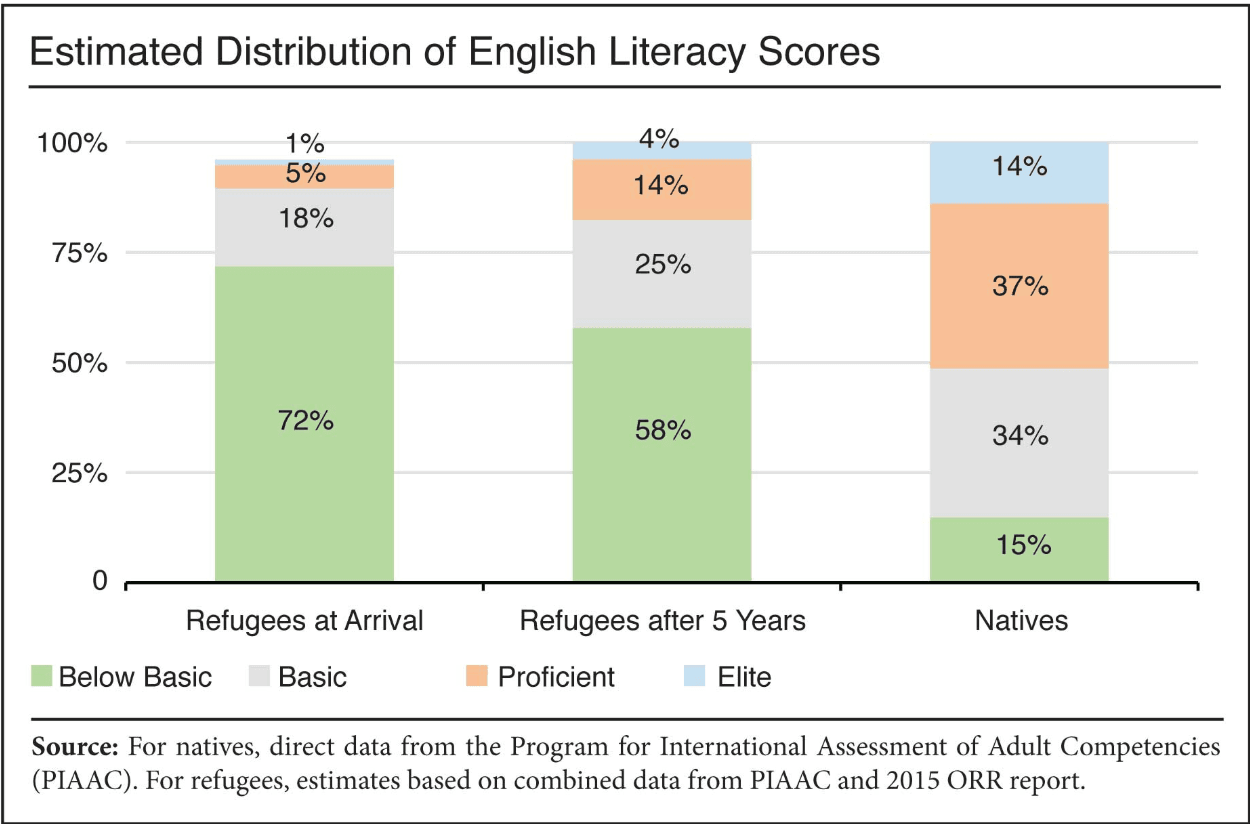 Since 2008, as Breitbart News reported, the U.S. has permanently resettled more than 1.7 million foreign nationals and refugees through a variety of humanitarian programs like the Special Immigrant Juveniles and the Nicaraguan Adjustment and Central American Relief Act. This is a foreign population larger than Philadelphia, Pennsylvania — a city with more than 1.5 million residents.

The majority, about 56 percent, of refugee households between 2011 and 2015 were on food stamps, a welfare service that is subsidized by the American taxpayer.

As Breitbart News‘s Michael Patrick Leahy noted most recently, President Trump’s administration has historically reduced the annual inflow of foreign refugees. Under Trump’s “America First” agenda, the U.S. is on pace to accept less than 23,000 refugees for the Fiscal Year 2018. This would be the lowest yearly refugee admission in three decades.