If you look at Tallahassee Mayor Andrew Gillum’s gubernatorial campaign website, conspicuously missing from the list of “challenges” facing the state is the issue of crime, more specifically violent crime.

The absence of that as a priority for Gillum’s campaign is also evident during Gillum’s time in the Florida capital’s elected leadership, according to government statistics.

According to a recently published article from Steve Stewart of Tallahassee Reports, the city’s murder rate has significantly increased under Gillum’s tenure.

Also according to Stewart, as the mayor of Tallahassee, Gillum presided over two of the highest murder rates in Florida in 2015 and 2017 since 2000, and his city has seen its murder rates increase to levels higher than those of Miami and Orlando, two of the state’s largest metropolises.

This hasn’t happened without red flags being raised along the way. According to Stewart, Gillum ignored those red flags from law enforcement officials.

“From 2009 to 2013, public documents show that when gubernatorial candidate Andrew Gillum served on the Tallahassee City Commission, the Tallahassee City Commission repeatedly ignored pleas from law enforcement for help with a festering crime problem,” Stewart wrote. “Gillum served as a city commissioner from 2003 to 2014 and was elected mayor in 2014.” 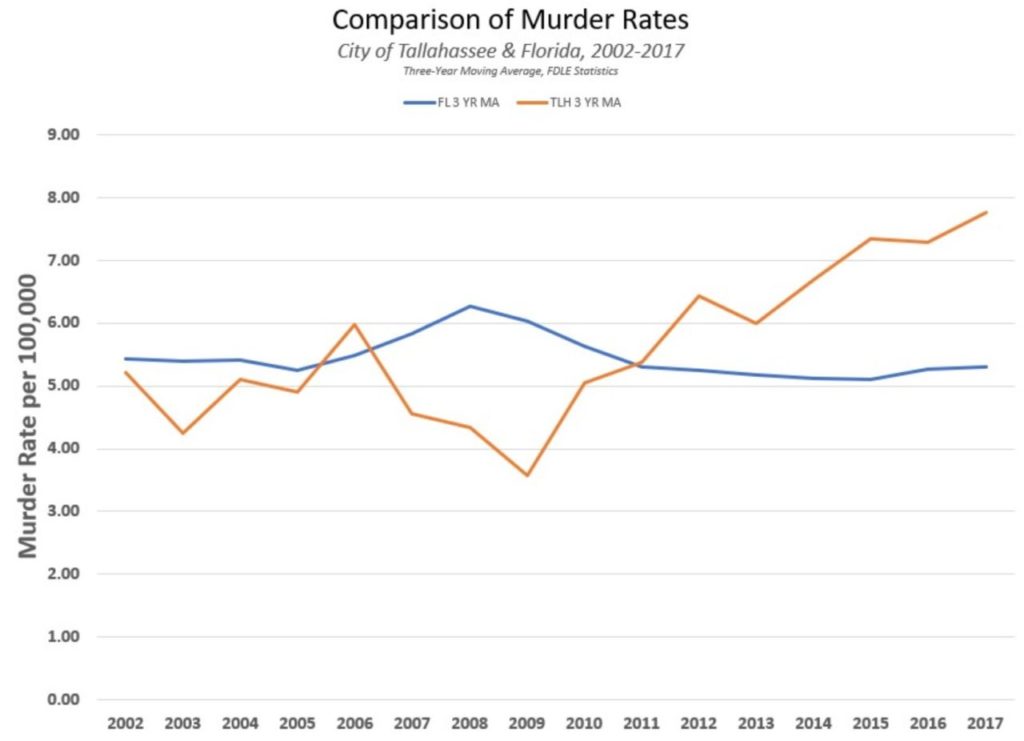 Stewart also pointed out that despite the data showing these trends, Gillum has failed to fund the recommendations of the Tallahassee Police Department in response to these statistics.