Illegal immigration at the United States-Mexico border is expected to hit the highest level in a decade next year, as border-crossings surged to record levels last month.

Last month, illegal immigration at the southern border soared to the highest level for a single month since April 2014, marking the most southwest border crossings since President Trump was elected in 2016 on a platform to reduce immigration to the country.

The southwest border numbers, according to Kopits’ research, indicate that Fiscal Year 2019 will see the highest level of illegal immigration at the southern border in more than a decade.

In total, Kopits projects that there will be more than 600,000 border crossings next year — a level of illegal immigration that the country has not seen since Fiscal Year 2008 when total southwest border apprehensions exceeded 705,000. 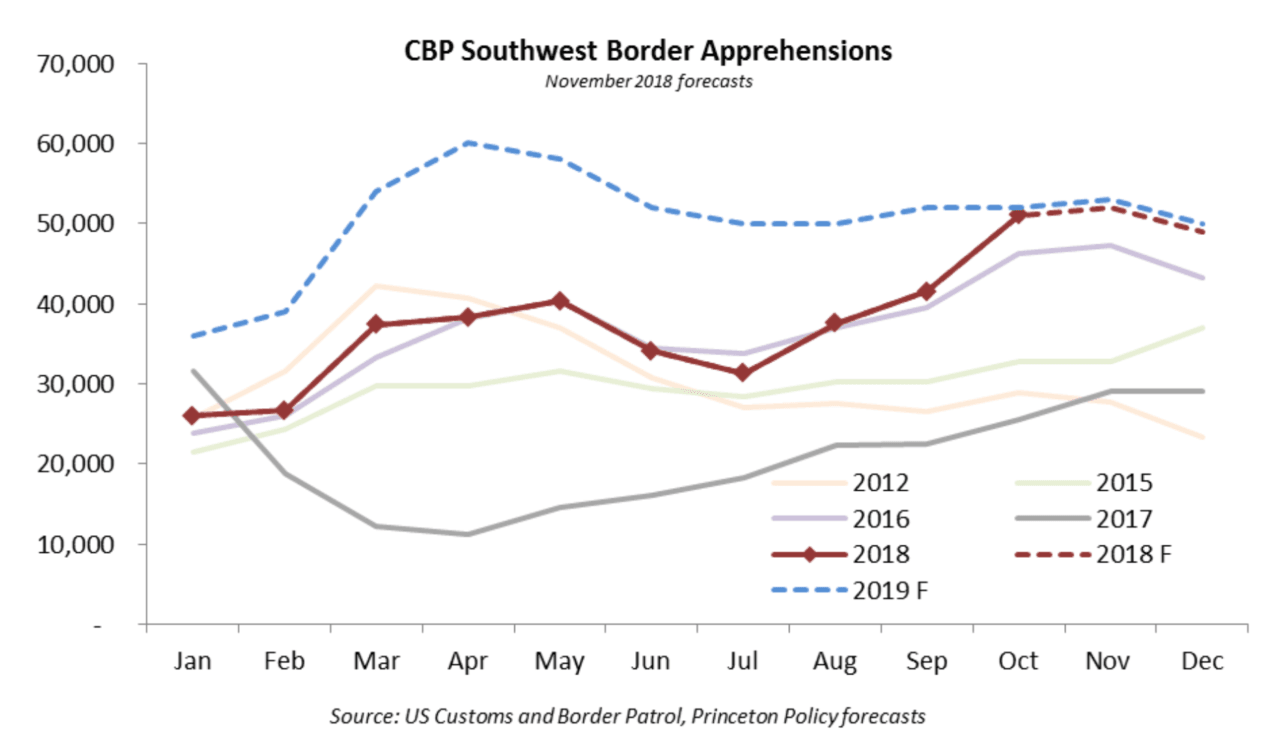 October 2018 saw nearly 51,000 illegal aliens apprehended at the U.S.-Mexico border with family unit crossings almost doubling what they were in October 2016, under President Obama. More than 23,000 family units crossed the southern border last month, compared to about 13,100 crossing in October 2016.

Despite claims by the Trump administration that they have effectively curbed illegal immigration, southwest border crossings are back at Obama-era levels.

Mass illegal immigration to the country under Trump has kept wage growth slow and minuscule across the board, though particular blue-collar sectors of the economy have seen higher wages for American workers as the labor market tightens.

At the same time, the Department of Homeland Security (DHS) Secretary Kirstjen Nielsen and Trump have failed to secure significant funds for a border wall and infrastructure at the southern border for the second consecutive year thus far. In August, Trump signed a massive $716 billion military budget — a boon for Defense Department contractors — that did not include a penny for his border wall.

DHS has been left to deal with surging illegal immigration by reinforcing border fences with razor wire, far from the “big beautiful wall” to which the president has consistently referred, and through help from the U.S. military.