The Angel Parents of 22-year-old Pierce Corcoran of Knoxville, Tennessee are speaking out after their son was killed in a head-on collision allegedly caused by an illegal alien.

In interviews with Fox News and WATE 6, Wendy and DJ Corcoran said their son’s life “meant something,” but that the government has made it seem as though it did not.

“Absolutely, [the government is] to blame. You cannot come here and not … I mean we are re-victimized by the system and we’ve just learned that,” Wendy told Fox News. “We’ve seen other people deal with this and felt for them … much more tragic in some ways. And it’s just, it’s injust. Our son’s life meant something and our government makes us feel as if it didn’t. That somebody that had no right to be here matters more.” 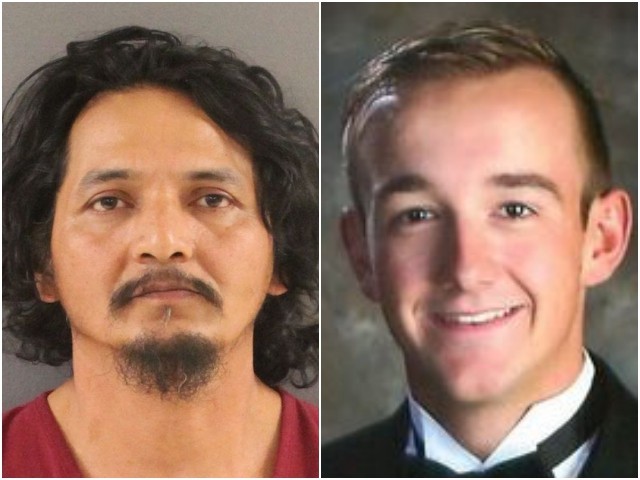 “We aren’t taking [illegal immigration] seriously,” she continued. “We’ve taught our children to be responsible and we don’t feel like anyone else is being expected the same thing. He was 22-years-old and the man that was negligent in this case, he didn’t abide by the same responsibility that our son did. And he’s still not expected to.”

A border wall, Wendy said, is a sign of hope for Americans that illegal immigration will be ended.

“A lot of talk about the wall, I think as Americans, the wall is a symbol to them that something is being done,” Wendy told WATE 6.

My baby brother Pierce was tragically killed in a wreck in Knoxville,TN on Saturday, December 29th, 2018 at 6:33pm.He was hit head on by an illegal immigrant who had no American citizenship, no license and no insurance.
I am making this profile in the hopes of sharing his story. pic.twitter.com/5tyoz9RIkD

Francisco-Eduardo’s first court date is set for January 10, and he is currently in Immigration and Customs Enforcement (ICE) custody. The passenger in the car with Pierce, 21-year-old Jade Damecia Adams, remains in recovery.