The United States birth rate remains well below the replacement level needed as white American births plummet in all 50 states and the District of Colombia.

New federal data released by the Center for Disease Control reveals that American women are having less and less children needed to sustain the current population. In 2017, all but two states in the country had birth rates below replacement level. The total U.S. birth rate was about 1.765 children per woman.

The U.S. needs a birth rate of at least 2.1 children per woman to replace the current population of the country without experiencing population decreases. 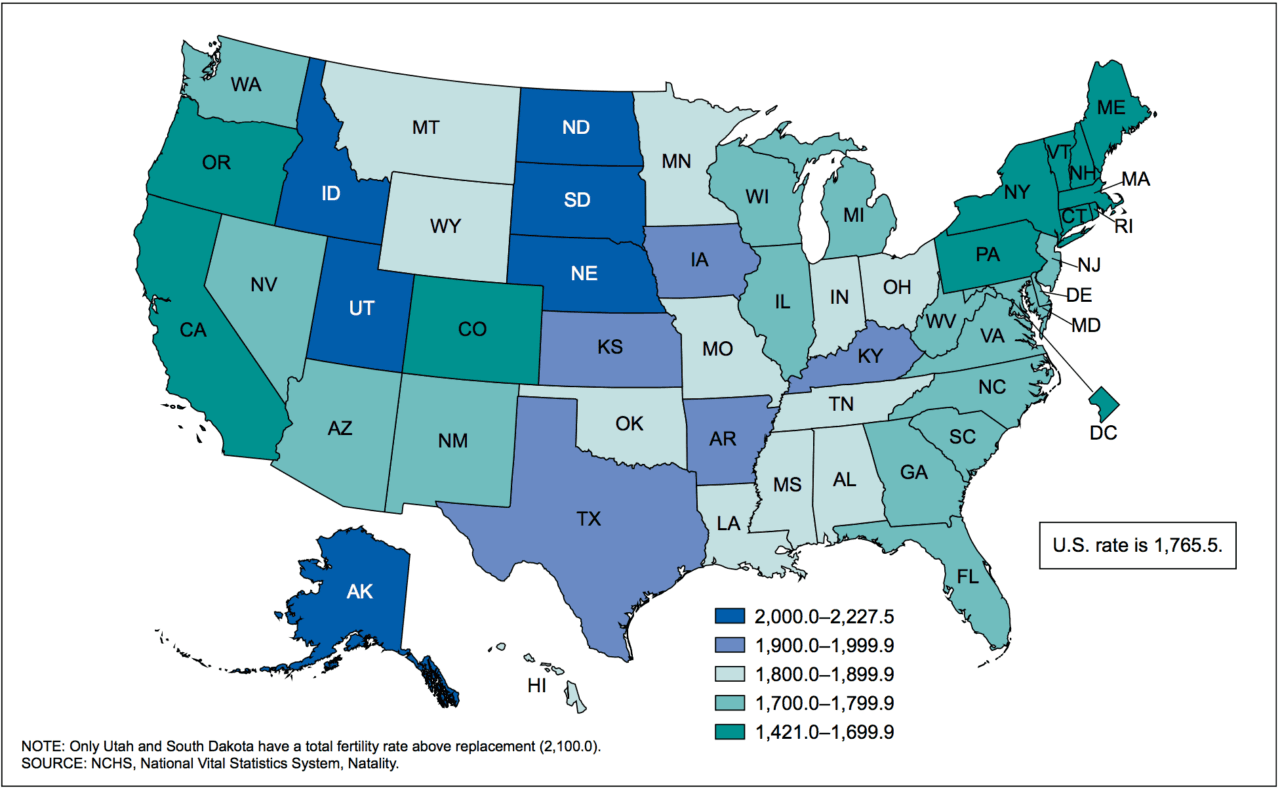 States like California, New York, Wyoming, West Virginia, and Washington, DC, saw the lowest birth rates in the country. For example, Washington, DC, had a birth rate of only about 1.7, far below the 2.1 level needed to replace the metro area’s population.

In all 50 states and the District of Colombia, white women had birth rates below replacement level. The highest birth rate among women were those living in Utah. The white birth rate in Utah was about 2.0 children per woman.