A diverse coalition of Americans announced it is partnering with law enforcement across the country and working with the Department of Homeland Security (DHS) to direct funds to the agency for the construction of a border wall.

“Americans of all shapes, sizes, and colors want our border secure,” Quentin Kramer, co-founder of the American Border Foundation (ABF), said at a Washington, DC, press conference last week. “We’re here to fund the wall and we’re ready to get it done with America’s help.”

One vet’s effort to raise more than $20 million in a GoFundMe campaign made headlines recently, but the effort was stymied by logistics of giving money to the federal government specifically designated for construction of the wall. 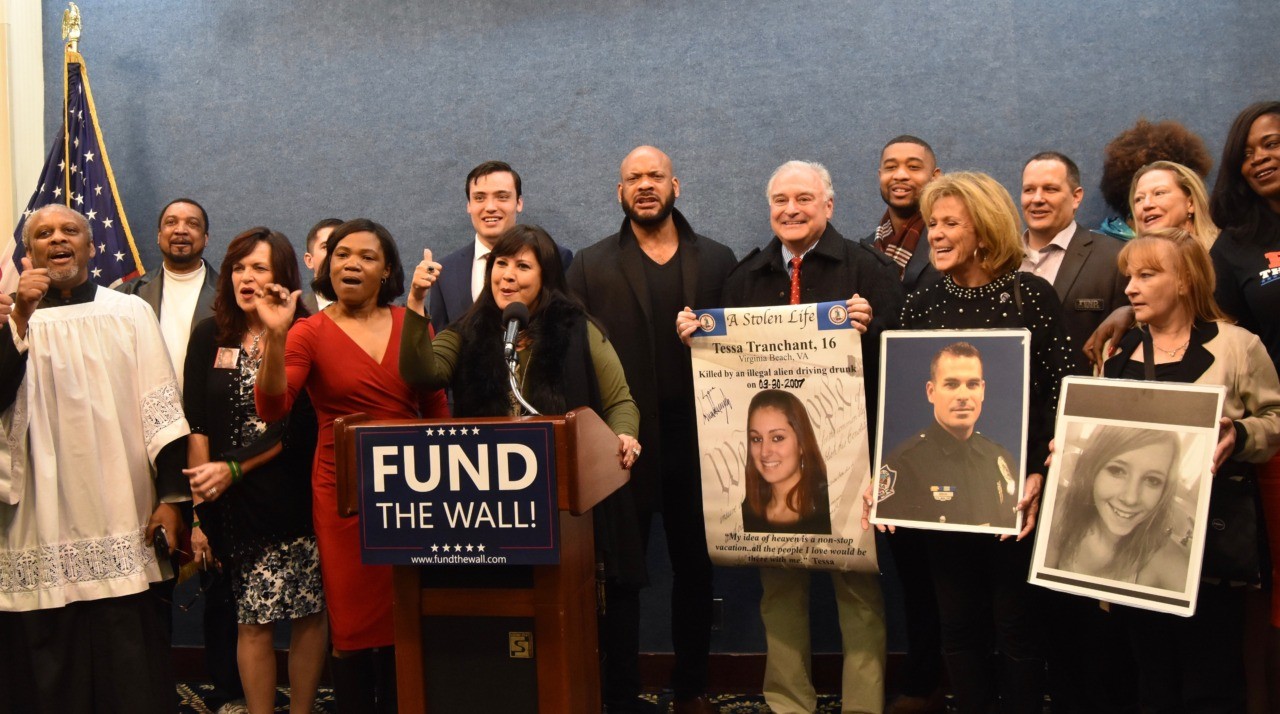 A diverse coalition of Americans is working with the Department of Homeland Security to fund a border wall. (Penny Starr/Breitbart News)

But the coalition, which includes Black Women Walk, AFB and members of  “Angel Families” that have lost loved ones at the hands of criminal illegal aliens inside the United States — announced the latest developments for their Fund the Wall campaign, launched online about 18 months ago.

“We’re here to point out that we have a method to get the money directly to DHS and make those tax-deductible contributions available to DHS so that they can use that directly to fund border wall construction,” Kramer said.

Kramer told Breitbart News that his group has partnered with the National Sheriffs’ Association and other groups to get the wall built without Congressional approval.

“Thank you for representing what I think is the best of America,” Sheriff Thomas Hodgson, sheriff of Bristol County, Massachusetts, said at the press conference.

“I will tell you that the sheriffs of America are standing with all of you,” Hodgson said. 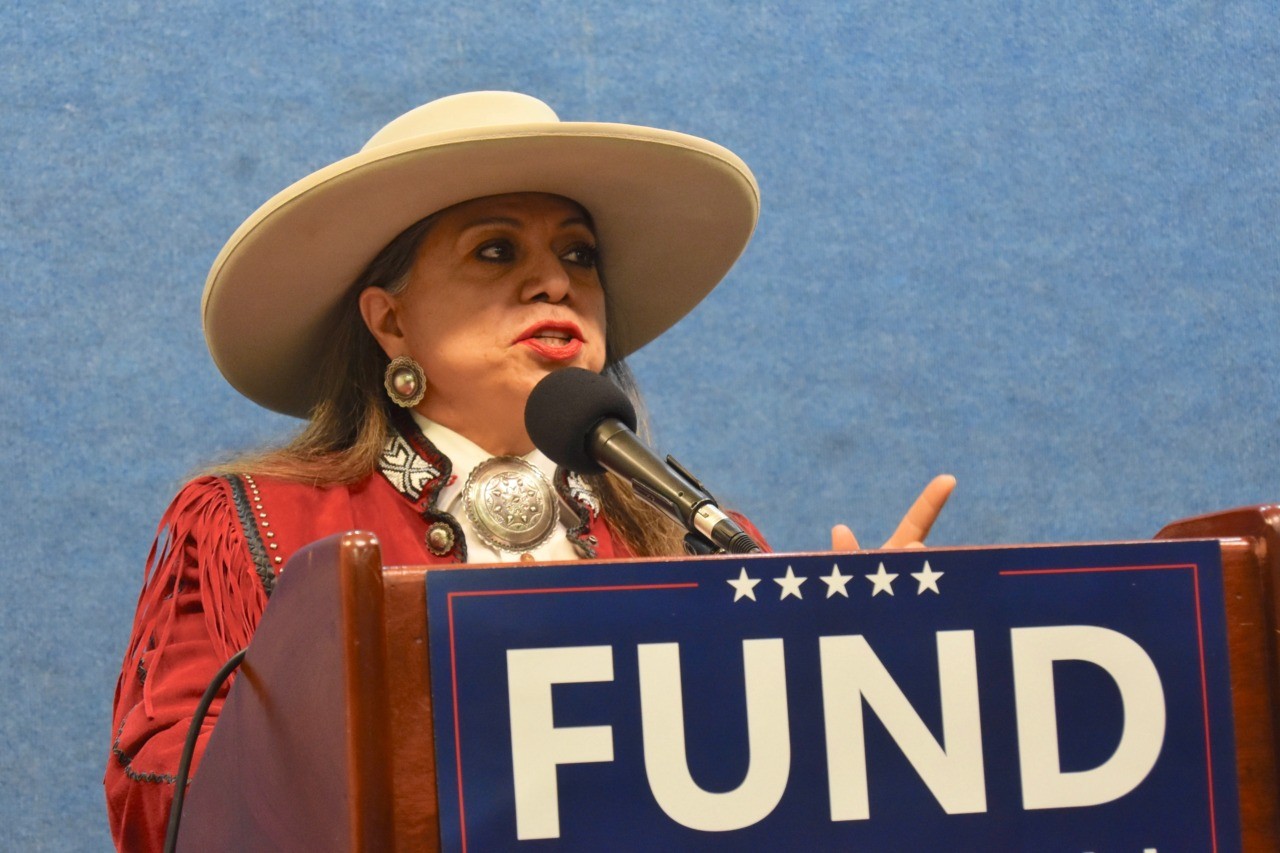 Dr. Alma Arredondo-Lynch, a dentist of Mexican descent who lives in Texas, spoke at the press conference in favor of a border wall. (Penny Starr/Breitbart News)

“I am here to defend the wall,” Dr. Alma Arredondo-Lynch, a dentist who lives in Texas, said at the event.

Arredondo-Lynch is of Mexican descent who was born and grew up in poverty in Texas and described childhood memories of “dirt floors, no shoes and going to bed hungry.”

“I learned how to pick cotton at age 5 and by the time I was nine I was making homemade tortillas from scratch,” Arredondo-Lynch said.

Activist and author David J. Harris Jr. shared at the press conference how his wife’s car was struck by a drunk driver who was in the country illegally. She survived but the experience shaped his passion for the need for border security.

“I am grateful, and I’m humbled that I don’t have my own angel story of actually losing a loved one,” Harris said.

There were heart-wrenching stories from those who have lost sons, husbands, and children to criminal aliens who all said their loved ones would be alive if there were a border wall. 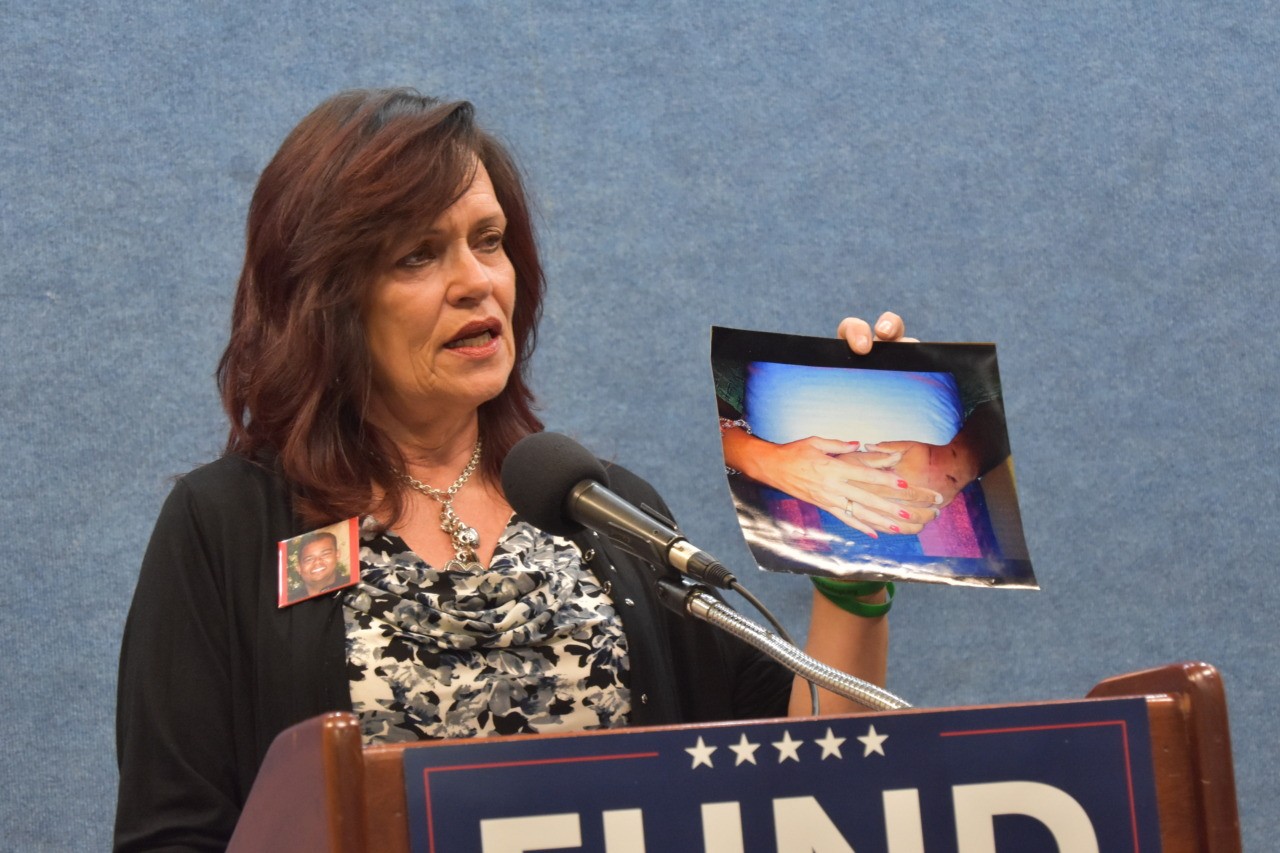 Sabine Durden, a legal immigrant from Germany whose son was killed by an illegal alien, spoke at the event and showed a photograph taken of her son’s hand at the morgue. (Penny Starr/Breitbart News)

Sabine Durden is a legal immigrant from Germany whose son was killed by an illegal alien who had already been convicted of felonies before his truck hit and killed Dominic Durden.

She said goodbye to her son before leaving on a trip in 2012.

“The next time I saw him was in a morgue,” Durden said, holding up a chilling photograph. “I saw his cold, dead hands bruised up. I got to touch him one last time.”

Dominic’s killer only served 35 days for his crime.

Kramer also announced at the event that establishment of the Border Defenders Fund to back up those on the ground at the border with vehicles, technology, and other needed equipment.

Kramer told Breitbart News that the government shutdown has temporarily stalled their arrangement with DHS but is ready to go as soon as funding is settled. After that, action of the wall can get started no matter what Congress decides to do next.

“We don’t have to wait for Congress anymore,” Kramer said.

Congress has already amended and passed the Secure Fence Act of 2006 law, which provides for a barrier for about 700 miles of the approximately 2,000 miles of border between the U.S. and Mexico.