President Trump’s compromise legislation to reopen the federal government bans him from building a border wall using elements of prototype walls that he toured last year, only allowing the use of previously-used bollard-style fencing at the United States-Mexico border.

Trump has touted that the End the Shutdown and Secure the Border Act includes a fifth of border wall funding — about $5.7 billion — to at least continue construction of barriers on the southern border.

Similar to an omnibus spending bill he signed last year, Trump’s compromise legislation bans him from building a border wall using elements from prototype walls that were constructed in the San Diego, California, desert and that he toured in 2018.

The wall funding can only be used for “operationally effective designs” that have been used at the southern border in the past “such as currently deployed steel bollard designs,” the legislation notes.

This requirement prevents Trump from building barriers that are different from the bollard fences constructed by both Presidents Bush and Obama. Those bollard fences are generally anywhere between 18 to 30 feet high. 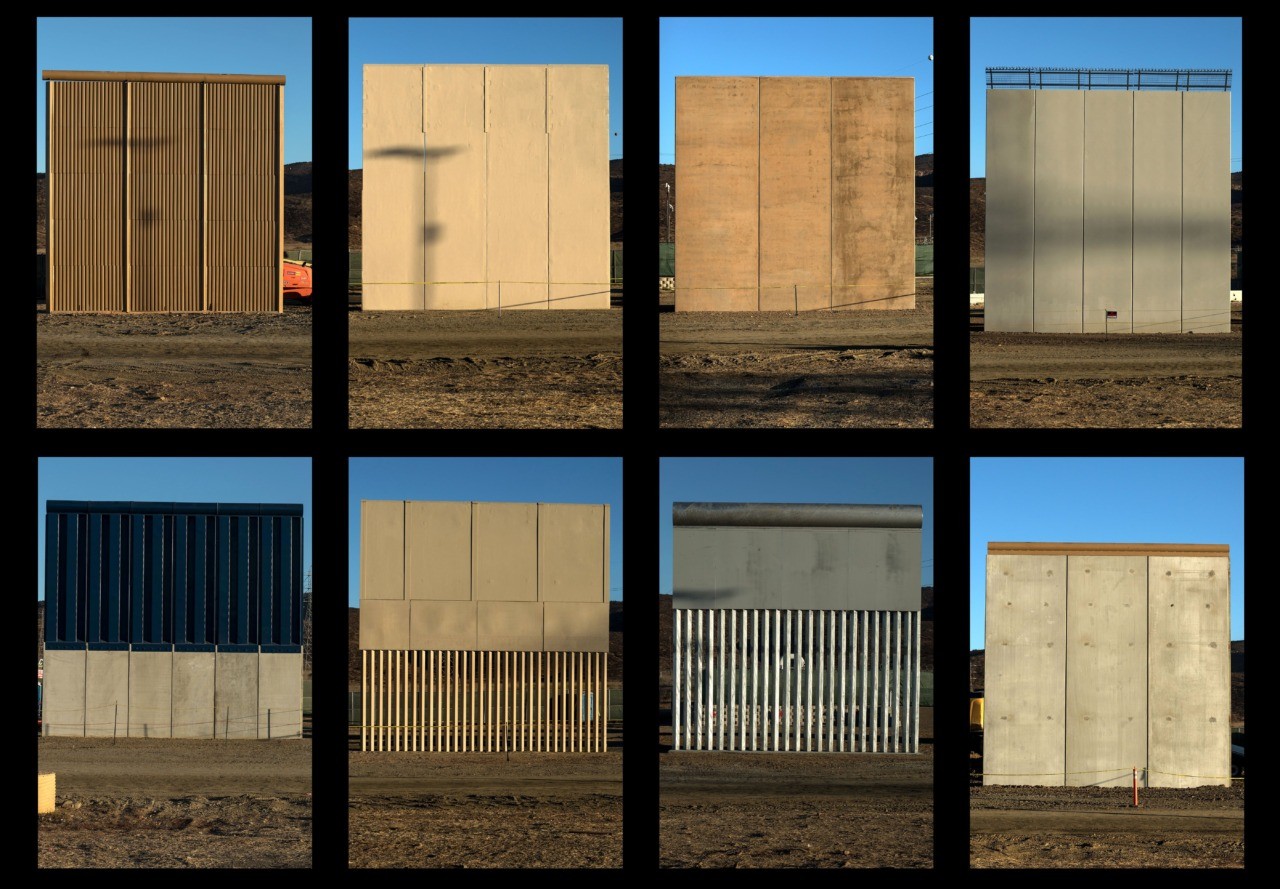 This combination of pictures shows the eight prototypes of U.S. President Donald Trump’s U.S.-Mexico border wall being built near San Diego, in the U.S., seen from across the border from Tijuana, Mexico, on October 22, 2017. (GUILLERMO ARIAS/AFP/Getty Images) 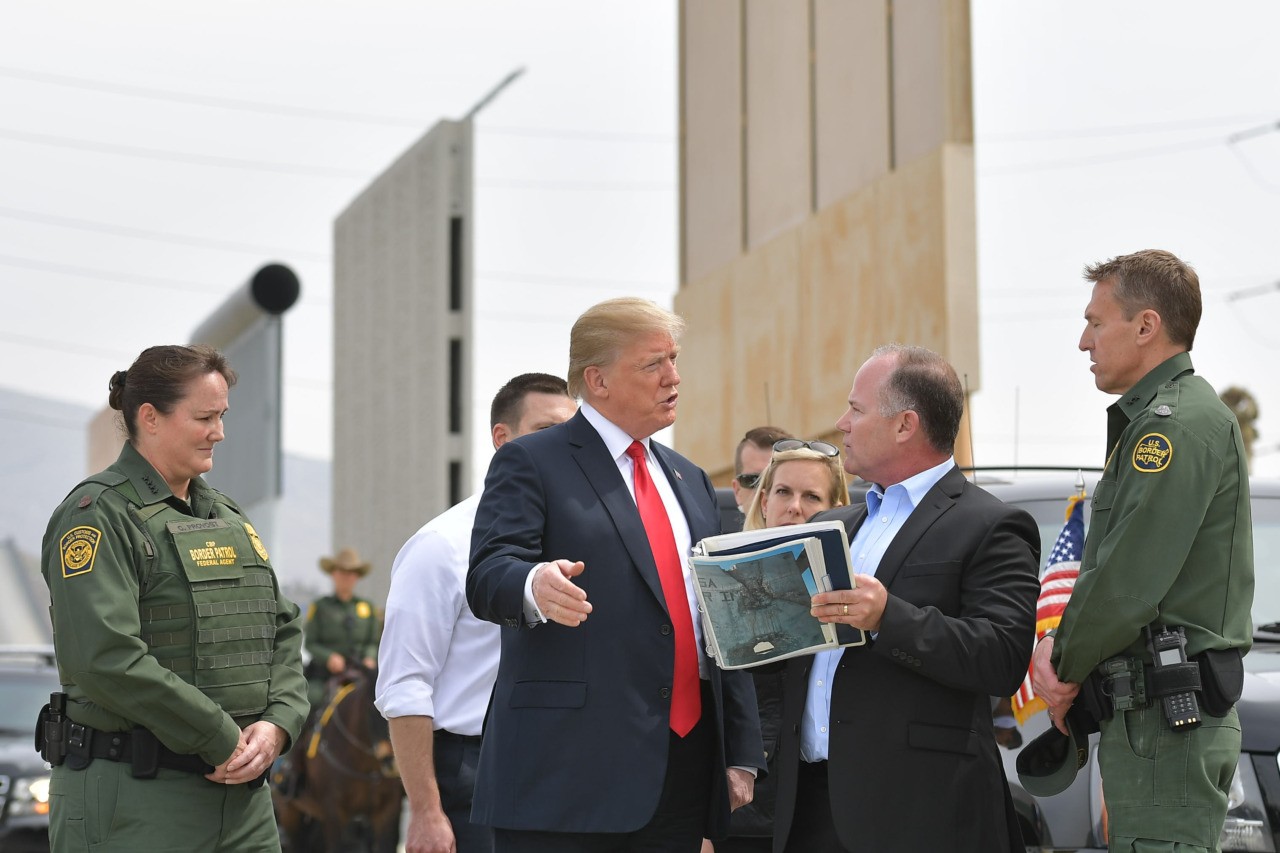 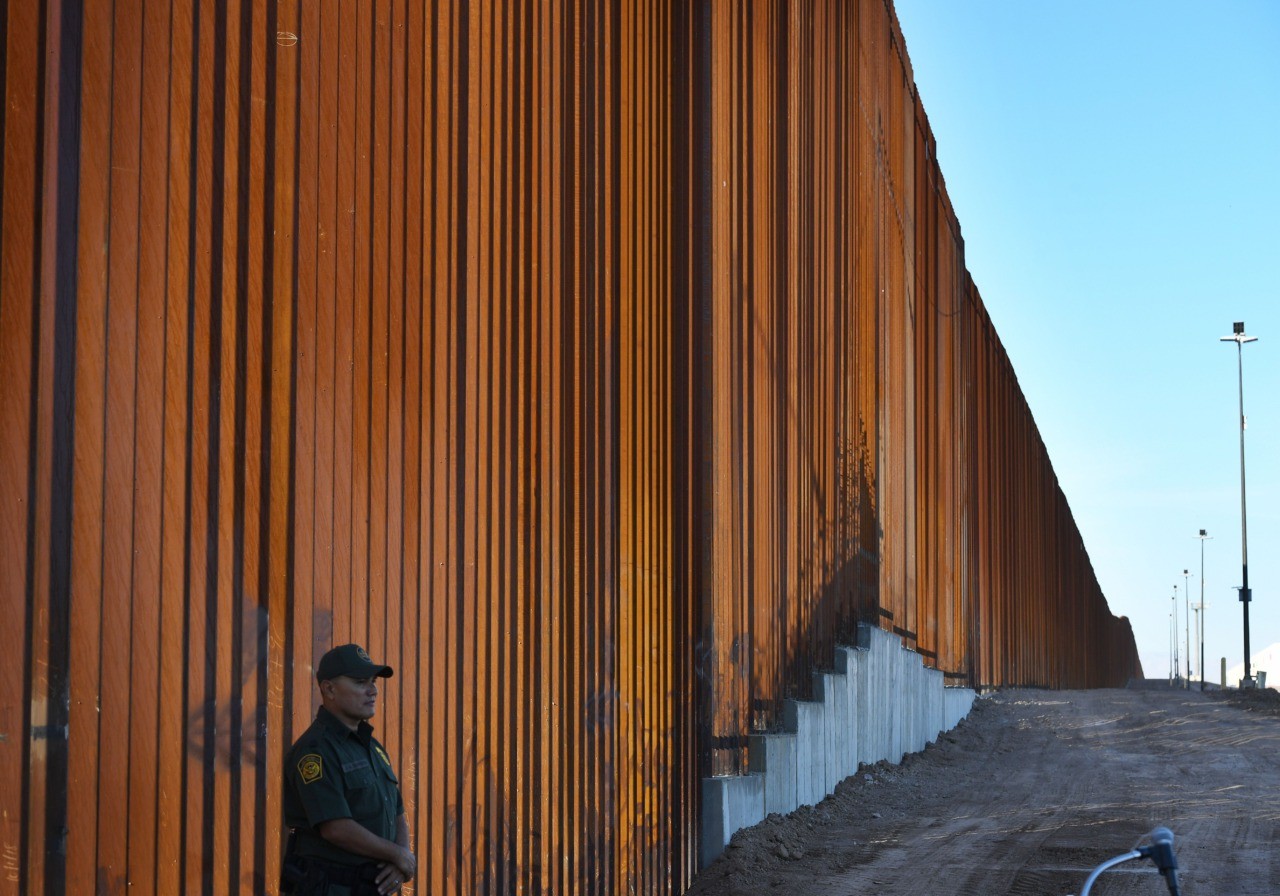 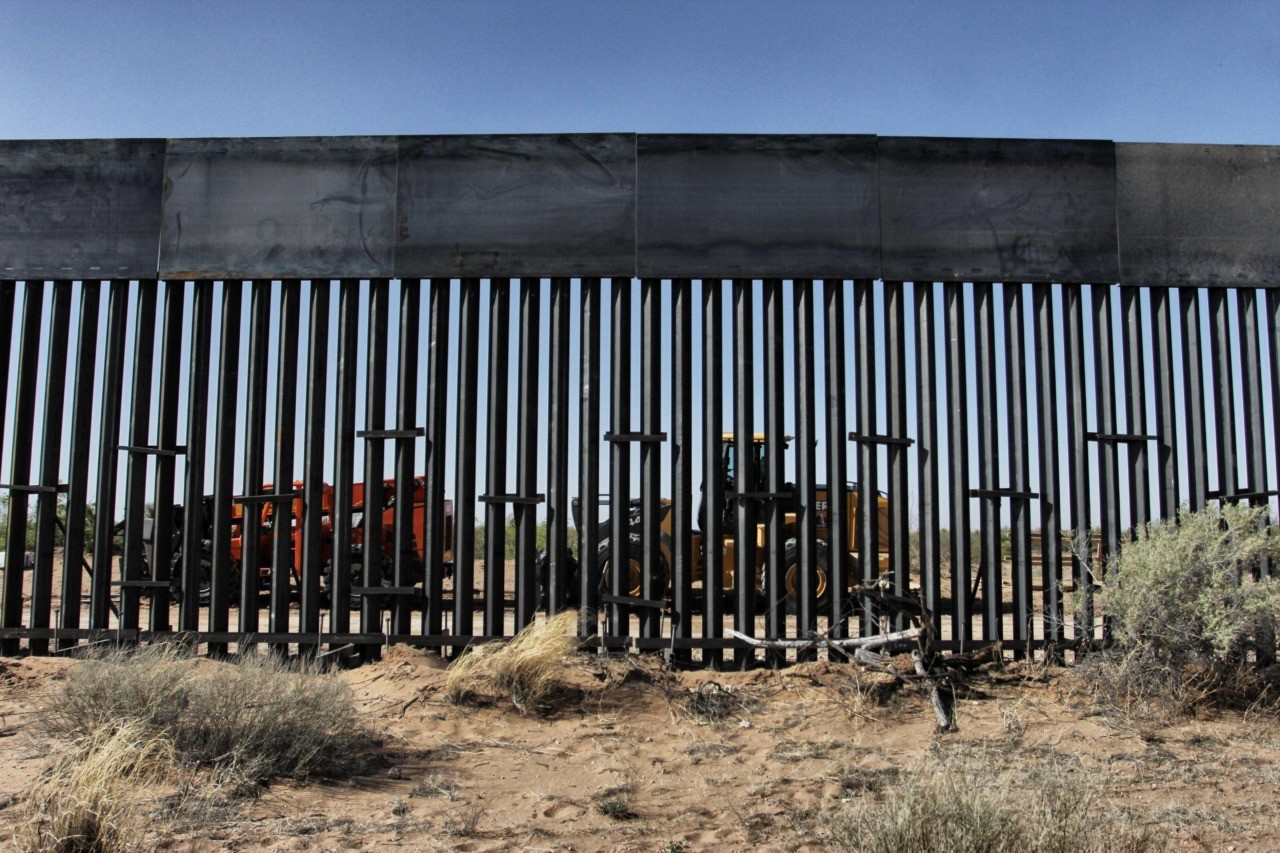 U.S. workers are photographed during construction of 32km of the border wall by order of U.S. President Donald Trump on the border between Ciudad Juarez, Chihuahua state, Mexico and Santa Teresa, New Mexico state, U.S., on April 17, 2018. (HERIKA MARTINEZ/AFP/Getty Images)

Over the past few months, Trump has conceded on the physicality of his proposed border wall, calling the wall “artistically designed steel slats” and a “steel slat barrier.” Trump now says he prefers the bollard fencing used by Bush and Obama rather than the prototype walls that featured a mix of materials, including steel and concrete.

The most flexible component of the border infrastructure section of Trump’s compromise bill is that it allows the Department of Homeland Security (DHS) to determine where best to build the bollard fencing. Previous spending bills have restricted the exact mileage and region where DHS can build new barriers.

The legislation would allow the bollard fencing to be built along more than 200 miles of the 2,000-mile long southern border, DHS officials say.

Hitched to the funding for bollard fences at the border is a plan to give amnesty in the form of three-year work permits to about a million illegal aliens and foreign nationals who would be shielded from deportation.

The Senate bill is expected to be voted on this week.