Mothers from around the country gave their version of the State of the Union at an event on Tuesday night in Washington, DC, claiming the nation is “in peril” because of left-wing policies that threaten American families and religious liberty.

“The conservative, everyday, common sense moms of this nation are not being heard,” Kimberly Fletcher, founder and president of Moms for America, said. “We have come here tonight to give them a voice.”

“We are tired of being silenced,” Karen Vaughn, Gold Star mom and a vice president with Moms for America, said. “We feel like the female conservative voice has been silenced and we are not willing to stand for that any longer.”

Vaughn made the sanctity of life the focus of her remarks, citing the new abortion law put in place in New York that allows third-trimester abortions.

“This is genocide,” Vaughn said.

Vaughn said she faced an unplanned pregnancy when she was a college student and was pressured to get an abortion. But she married and gave birth to a son who went on to be a Navy Seal.

“That unplanned pregnancy became the life of a world changer,” Vaughn said of her son, Navy Chief Special Warfare Operator (SEAL) Aaron C. Vaughn, who died in 2011 in Wardak province, Afghanistan after the CH-47 Chinook helicopter he was riding in was shot down.

“We need to wake up,” Vaughn said. “Killing our future cannot be the way for a civilized society.” 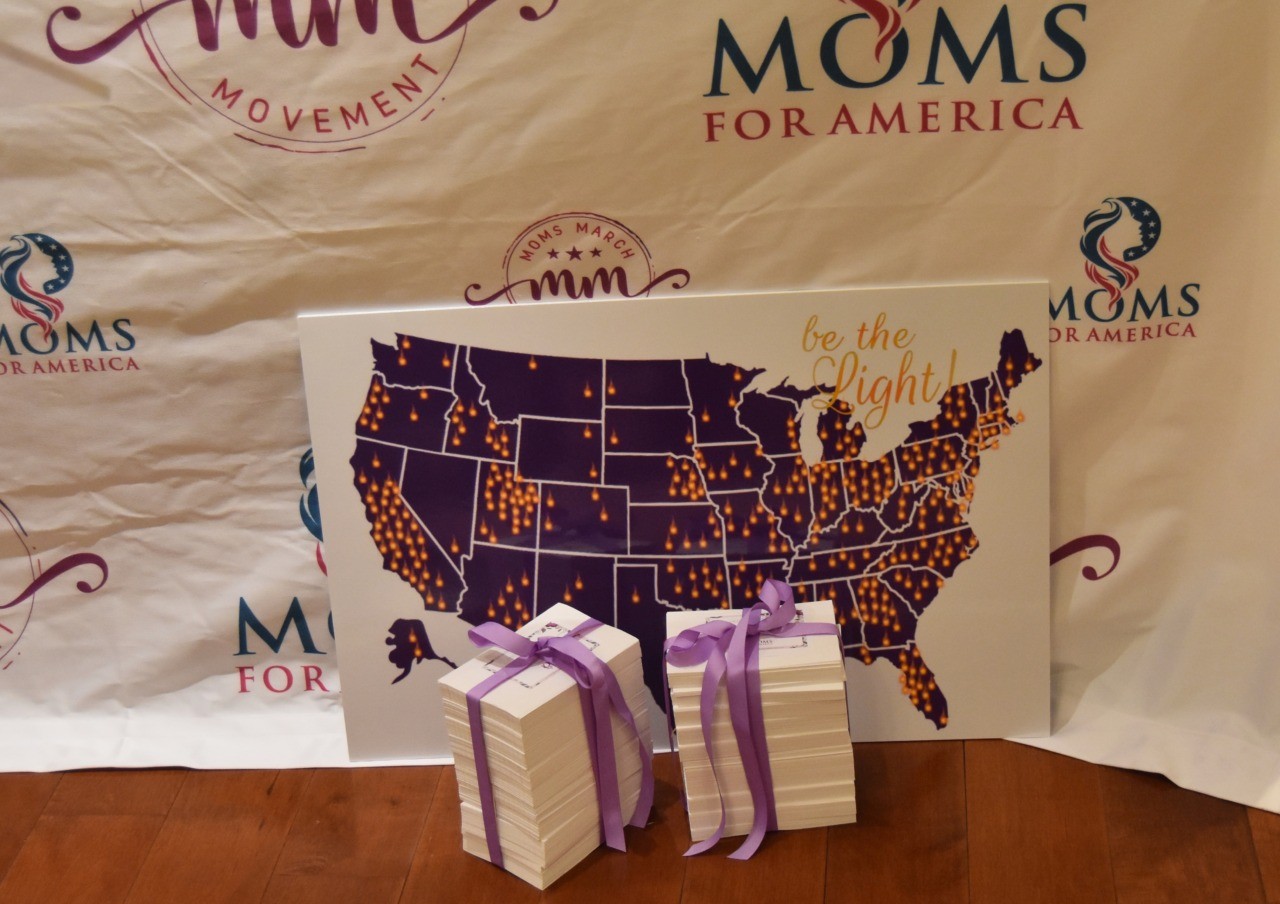 Some 45,000 moms across the United States have signed the Declaration of Mothers, a call for action from Moms for America. (Penny Starr/Breitbart News)

Marla Wolff told the chilling tale of how her husband, Carlos Wolff, a special agent with the FBI, was struck by a car driven by an illegal alien who had faced criminal charges before he killed Carlos and Sander Cohen, a deputy chief with the Maryland Fire Marshal’s Office in 2017.

Roberto Garza Palacios was not charged in the deaths.

“The state of security in this country should trouble every single mother and every single community,” Wolff said. “Mothers, we are living in perilous times. A time when protecting our border is seen as racism and building a wall is called immoral. And yet the death count of Americans killed by illegal immigrants continues to rise. And my husband, Carlos Wolff, is part of that death count.”

“When you turn on the news you see the outrage over immigrant families being temporarily separated,” Wolff said.

“The laws of this country must change,” Wolff said. “Instead of the laws protecting law-abiding citizens, they are now protecting illegal immigrants. How many lives will be lost before something is done? Enough is enough. As mothers, we must rise up and fight against the injustices occurring in our country.”

“And let us be clear,” Wolff said. “Losing the lives of Americans to illegals is not a manufactured crisis.”

Teresa Taylor is Gold Star widow of U.S. Coast Guard Lt. Cmdr. Dale Taylor, a pilot who lost his life in the line of duty. Taylor spoke of how her son, on his 8th-grade class trip to Washington, DC, asked a chaperone to take him to Arlington Cemetery to visit his father’s grave.

Beth Parlato, a family law attorney, said at the event that culture has bee defiled by leftist ideology, from so-called sex education in the schools to eroding personal and religious liberty.

She cited statistics — 40 percent of American babies are born out of wedlock, 400,00 children in foster care and 2.5 million children in any given year who are homeless.

“Our families are in crisis,” said Parlato, who is on the Moms for America advisory board. “There is no doubt about it.”

Fletcher concluded the event by sending a powerful message to moms across the country, urging an end to division and to join the fight for the future.

“There’s nothing that divides us,” Fletcher said. “We are united as Americans regardless of how much money we make, what color we are, what religion we are. We’re all Americans. And American mothers have the ability to unite this nation together. Because motherhood is the great unifier.”

“The hand that rocks the cradle rules the world is not just a cute little saying,” Fletcher said. “It is an immortalized fact. Women are the very heart of society, laying the foundation for the future.”

“Women are a powerful influence,” Fletcher said. “We always have been, and we always will be.”

“The only question we have is to decide what kind of future we want,” Fletcher said. “As for me, I choose to plant my feet and take a stand. A stand for a secure border. A stand for the fundamental right to life in our country’s next generation. A stand for our Constitutional right to protect our freedom, to speak our mind, to live our values and teach them to our children. A stand for civility in this nation where we respect one another’s voices and recognize their humanity even when we don’t agree with them.”

“The future is in our hands,” Fletcher said.