D.C. Police escorted men and women on horses through the streets of the nation’s capital on Friday as Cowboys for Trump and a last-minute Native American rider rode in support of President Donald Trump and his efforts to build a wall on the U.S. southern border with Mexico.

Some on the sidewalks cheered while others jeered as police escorted the more than a dozen riders carrying American and “Trump Make America Great Again” flags through downtown and past the White House. 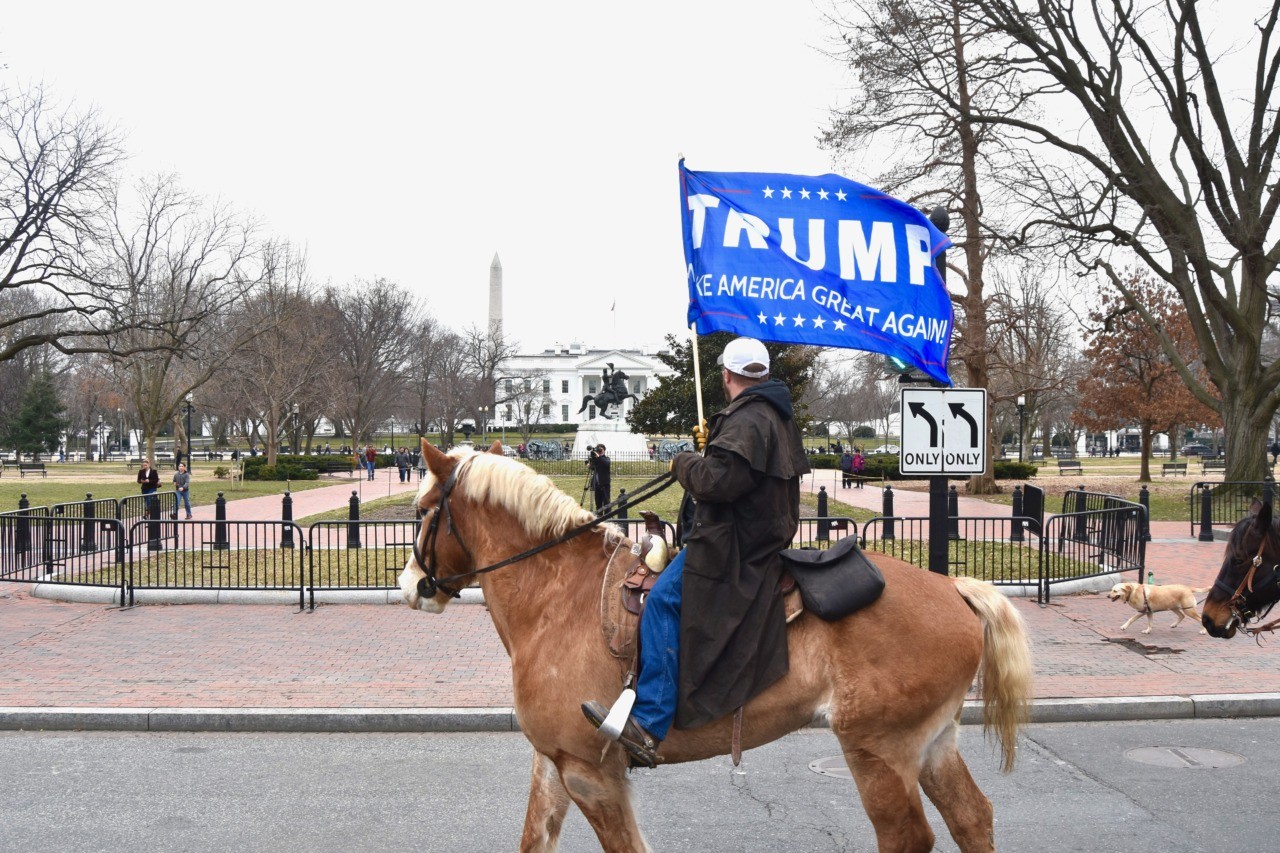 Cowboys for Trump rode Friday through the nation’s capital, past the White House, to show their support for the president and a border wall. (Penny Starr/Breitbart News)

Most of the Cowboys for Trump came from border communities in New Mexico where they said drug and human trafficking is rampant, and Trump’s national emergency declaration is essential to securing the border and protecting the American people and the lifestyle we enjoy.

“The cowboys for Trump are riding to defend life,” Gavin Clarkson told Breitbart News. “They are riding for the right to defend our families with our Second Amendment rights.”

“We’re riding to defend the lives of the brave men and women of the Customs and Border Protection because they need a physical barrier, technological infrastructure and human capital to be able to do their jobs every single day,” Clarkson said.

Couy Griffin, wearing chaps and a fox cape, organized the ride on Facebook where he and other New Mexicans flew to D.C. and worked with horse ranchers in Maryland and Pennsylvania to ride from Cumberland, Maryland, along the C&O canal to Arlington National Cemetery.

Griffin, who is a county commissioner, said his family has been “directly affected” by the endless surge of immigrants coming across the border, eventually selling land that had been in the family for generations.

Griffin led the ride carrying a New Mexico flag flanked by John Fox, who held an American flag and shared his reason for joining the group.

“With all the money they’ve made off all the cartels and all the drugs coming across, that border wall could have been built ten times over ten years ago,” Fox said. 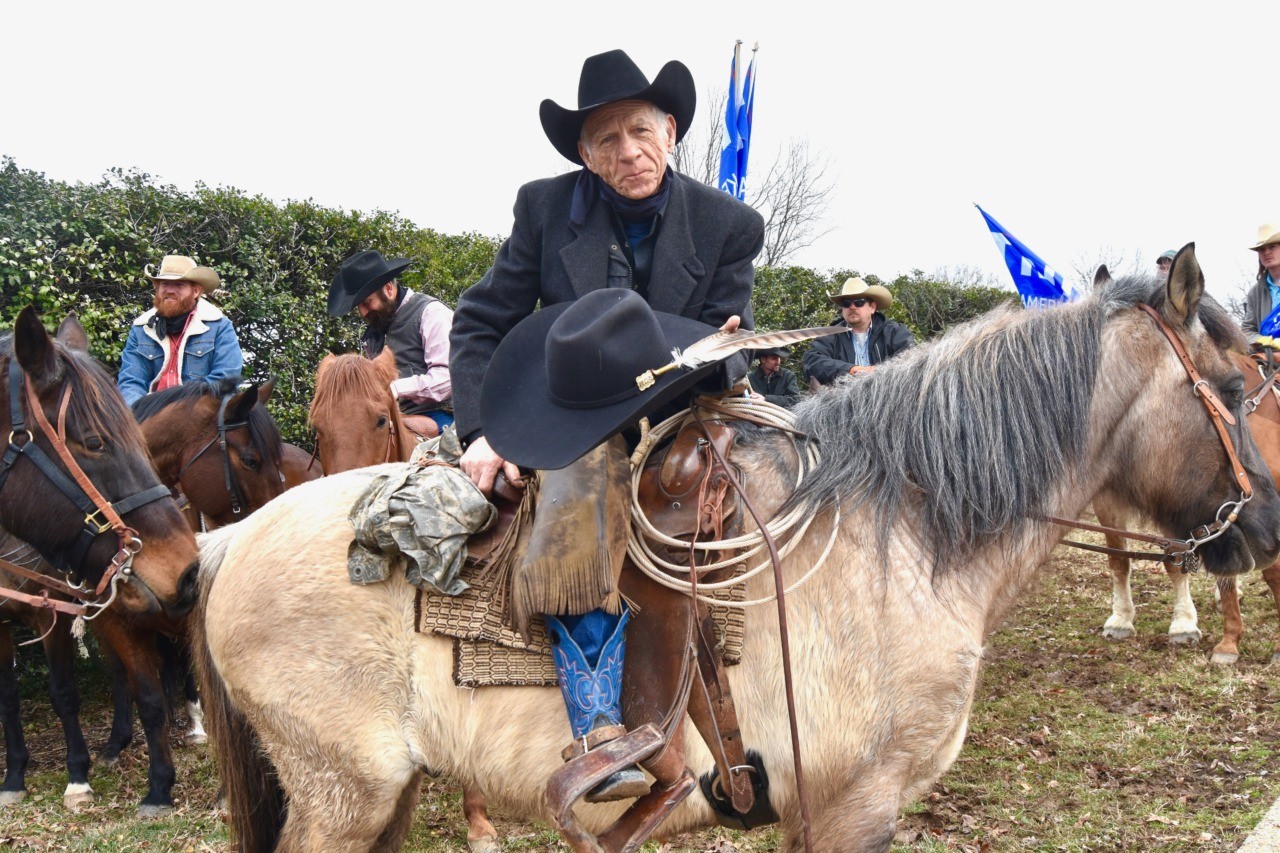 Ramie Harper of New Mexico rode with the Cowboys for Trump in Washington, DC, on Friday and carried a hat he made that he hopes to give to President Donald Trump. (Penny Starr/Breitbart News)

Many of the riders and support crew shared stories about how illegal immigration has impacted them and their families, including Clarkson, who was Deputy Assistant Secretary for Policy and Economic Development at the Department of Interior in the Trump administration and who volunteered to drive the “poop truck” to clean up after the equine participants.

“My best friend’s younger brother was killed by an illegal alien who was deported four times,” Clarkson said. “My Navy career was ended with a head-on collision with an illegal alien drunk driver. My son was in a hit and run accident on his bicycle.” 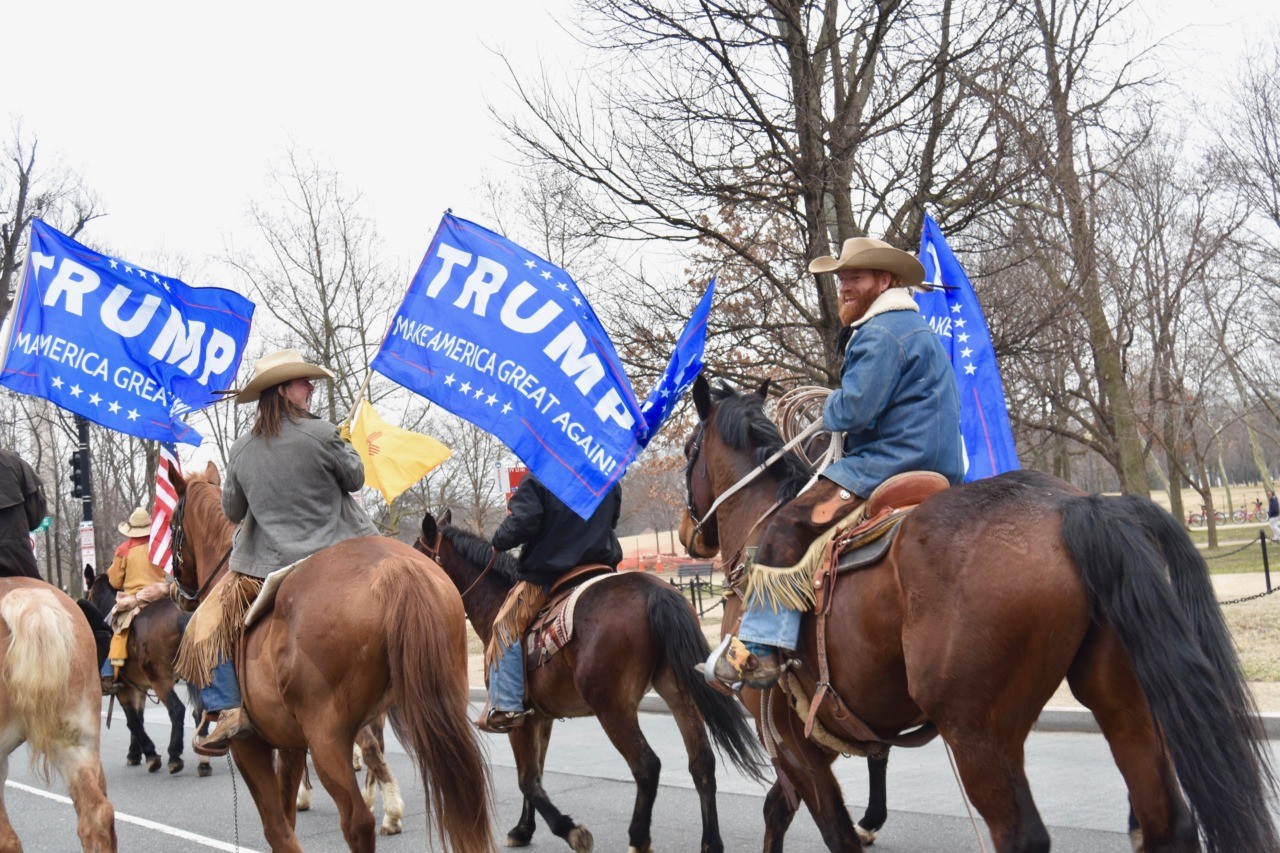 Cowboys for Trump came from New Mexico to ride in the nation’s capital to show their support for President Donald Trump and a border wall. (Penny Starr/Breitbart News)

Walker Acres of Las Cruces, New Mexico, was the youngest rider at 23.

“I believe that we need a wall,” Acres said. “We’ve got to have some protection down there on the southern border.”

“The sex trafficking and the drug trafficking down there on the southern border is just unreal. I’m a big immigration guy,” Walker said. “I love immigration, but it’s got to be the legal way.”

“We’ve got to have a little say as to who gets to come into our country,” Acres said.

The Cowboys for Trump, it turns out, were joined by Wolf Portugal of the Yokuts Indians of California. 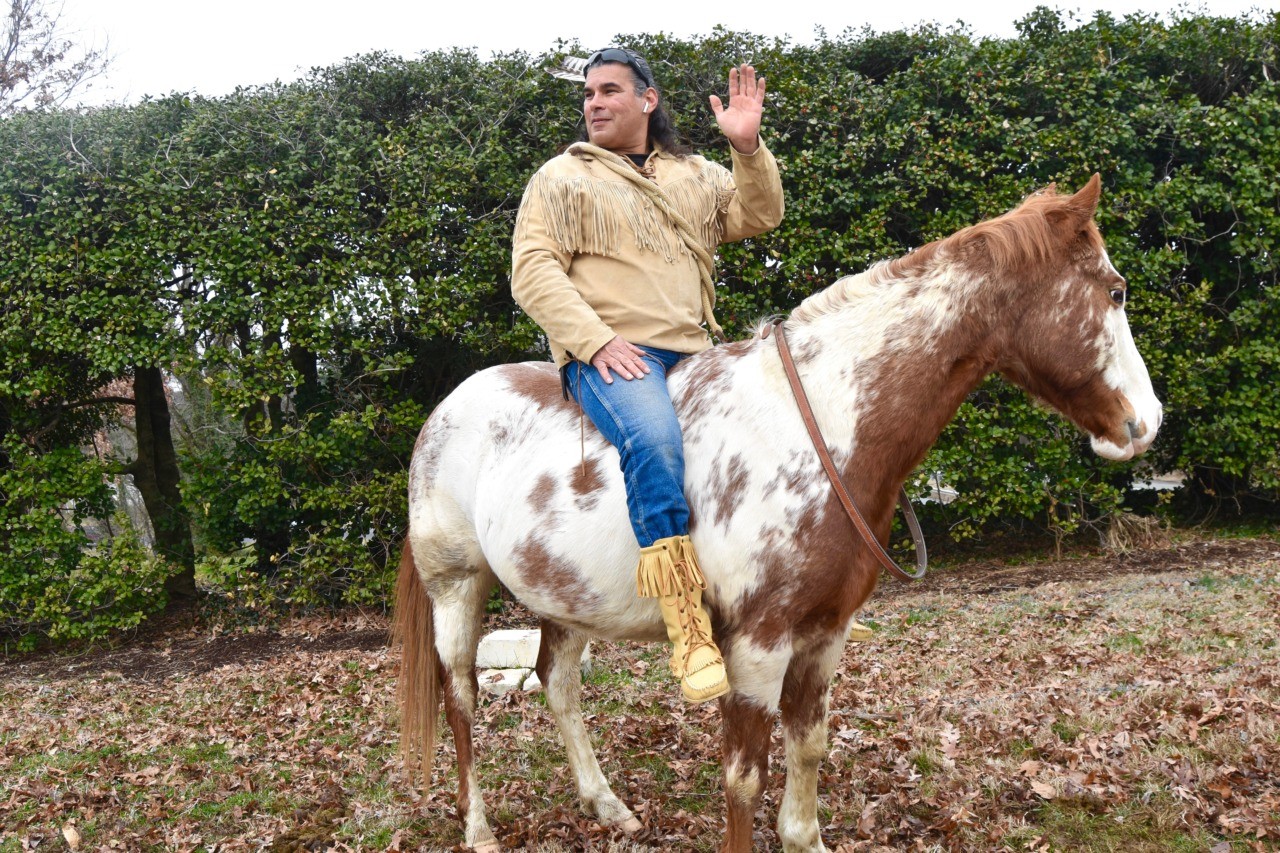 Wolf Portugal joined the Cowboys for Trump in Washington, DC, on Friday to show his support for President Trump and a border wall. (Penny Starr/Breitbart News)

“I’m not quiet about how I love Trump and what he’s doing,” Portugal said, adding that there is huge support for the president across the Native American population, including for his call to secure the border.

The Cowboys also issued an invitation to House Speaker Nancy Pelosi (D-CA) and Senate Minority Leader Chuck Schumer (D-NY) to visit New Mexico to see for themselves why Trump’s wall is needed.