The Job Creators Network took another blistering shot at Democratic Rep. (D-NY) Alexandria Ocasio-Cortez with two more billboards in the heart of Times Square, tearing into her “disastrous idea” the Green New Deal.

“The first billboard reads, ‘Hey AOC, the Green New Deal Stinks.’ The second billboard is just below the first and mocks Ocasio-Cortez’s claim that ‘farting cows’ are a major problem contributing to global warming as mentioned in part of her ‘Green New Deal,'” the Job Creators Network said in a press statement. “It also points out that the proposal is estimated to cost anywhere from $51 to $93 trillion dollars. Viewers are directed to the website TheGreenRawDeal.com to learn more information.”

“If this Green Raw Deal is enacted, you can kiss the American dream goodbye. It will require a nauseating amount of money to meet the promises and the massive welfare increases called for by this so-called deal,” said Alfredo Ortiz, JCN President and CEO. “Small business owners are successful in America due to our country’s commitment to free-market policies. The socialist policies in Ocasio-Cortez’s plan have no place in America.”

It’s just the latest in a series of billboards the pro-small business organization has erected over the last month in downtown New York City. 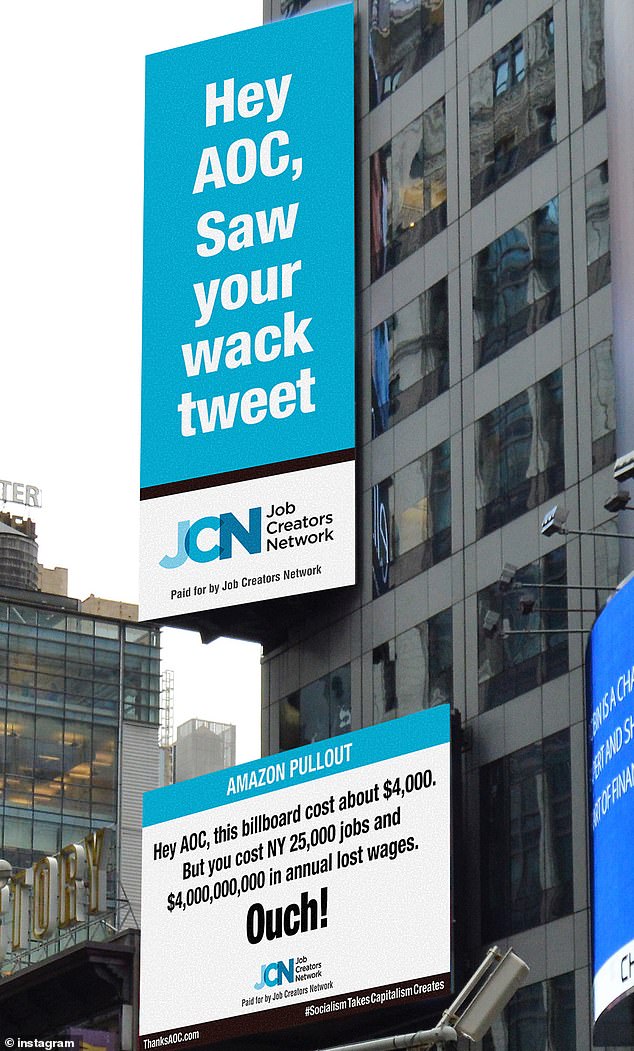 “These billboards are the follow up to a series of billboards that criticized AOC’s role in pushing Amazon, and their 25,000 jobs, out of New York,” Job Creators Network explained.