President Donald Trump showed off a map of his victories against the Islamic State Wednesday as he left the White House.

The top of the map showed the territory controlled by the Islamic State in Iraq and Syria on election day in 2016 and the current status. 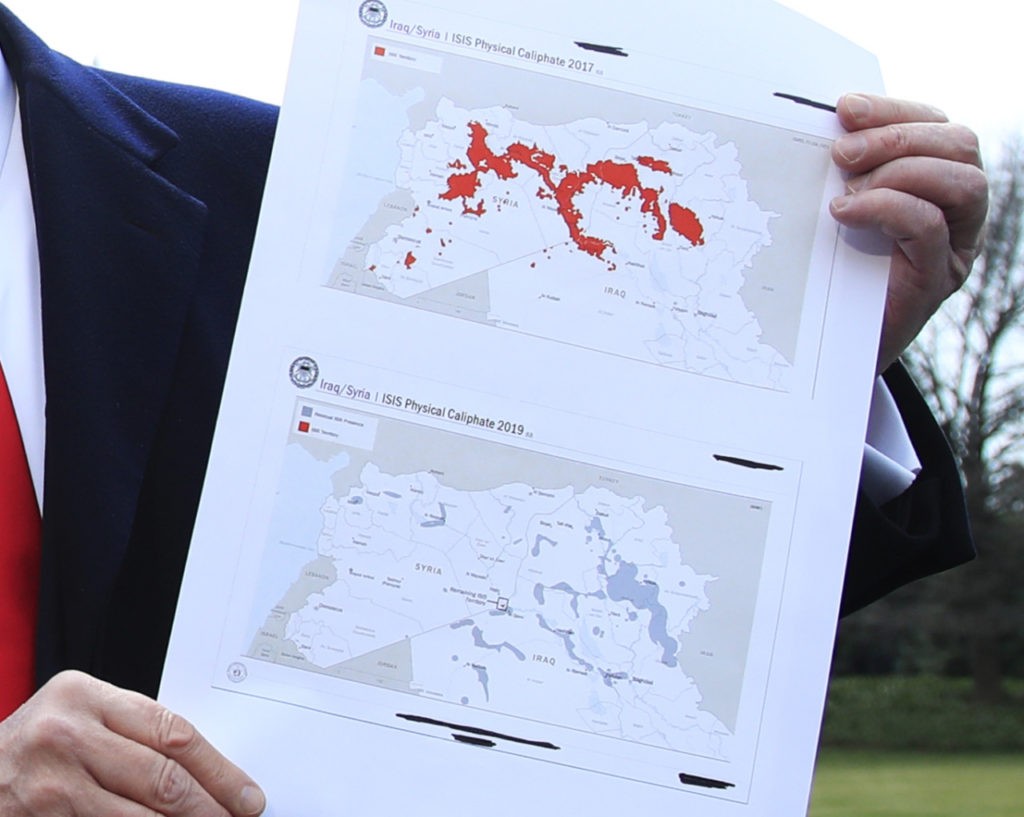 President Donald Trump shows a map of Syria and Iraq showing the presence of the Islamic State (IS) in 2017 and 2019, as he speaks to reporters before leaving the White House in Washington, Wednesday, March 20, 2019, for a trip to visit the Lima Army Tank Plant in Lima, Ohio, and a fundraising event in Canton. (AP Photo/Manuel Balce Ceneta)

“Everything in red is ISIS. When I took it over it was a mess,” Trump said. “Now, on the bottom, that’s the exact same. There is no red. In fact, there’s actually a tiny spot which will be gone by tonight.”

The president showed the map to reporters gathered outside the White House as he left the building to travel to Ohio.

He said that he was not reversing his decision on troops deployed in Syria, but said he would leave 200 soldiers in Syria and 200 people in an area closer to Israel “for a period of time.”