President Donald Trump visited a new barrier on the Southern border on Friday, touting success for his campaign promise to build a “big, beautiful wall.”

“That’s the new wall. We’ve done a lot of it, and we’re doing a lot more,” Trump said to reporters who joined him on the trip. “It looks great.” 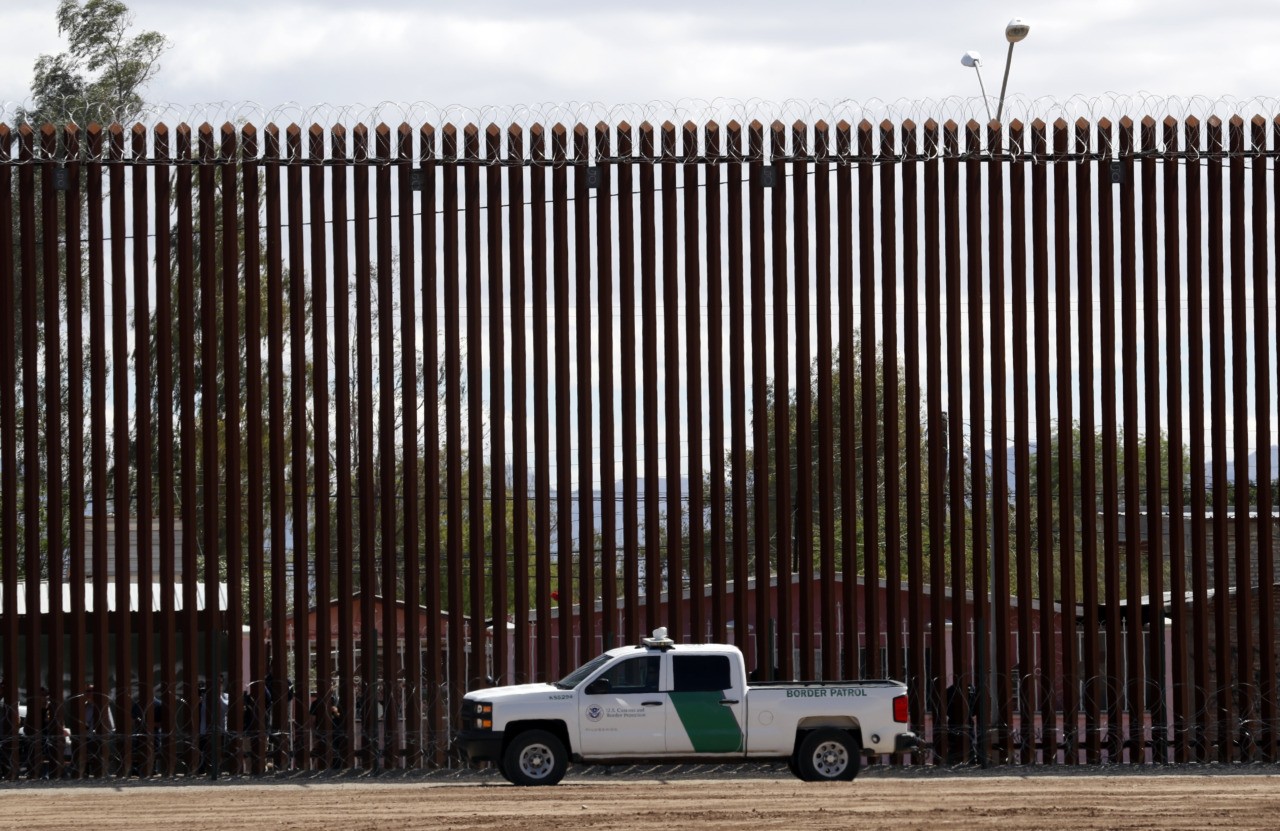 A U.S. Customs and Border Protection vehicle sits near the wall as President Donald Trump visits a new section of the border wall with Mexico in Calexico, Calif., Friday April 5, 2019. (AP Photo/Jacquelyn Martin)

The steel border barriers were at the Mexican border of Calexico, replacing existing fencing.

Trump spoke in front of a concrete barrier that was shorter but pointed to a barrier constructed of steel slats that could be up to 30 feet high. 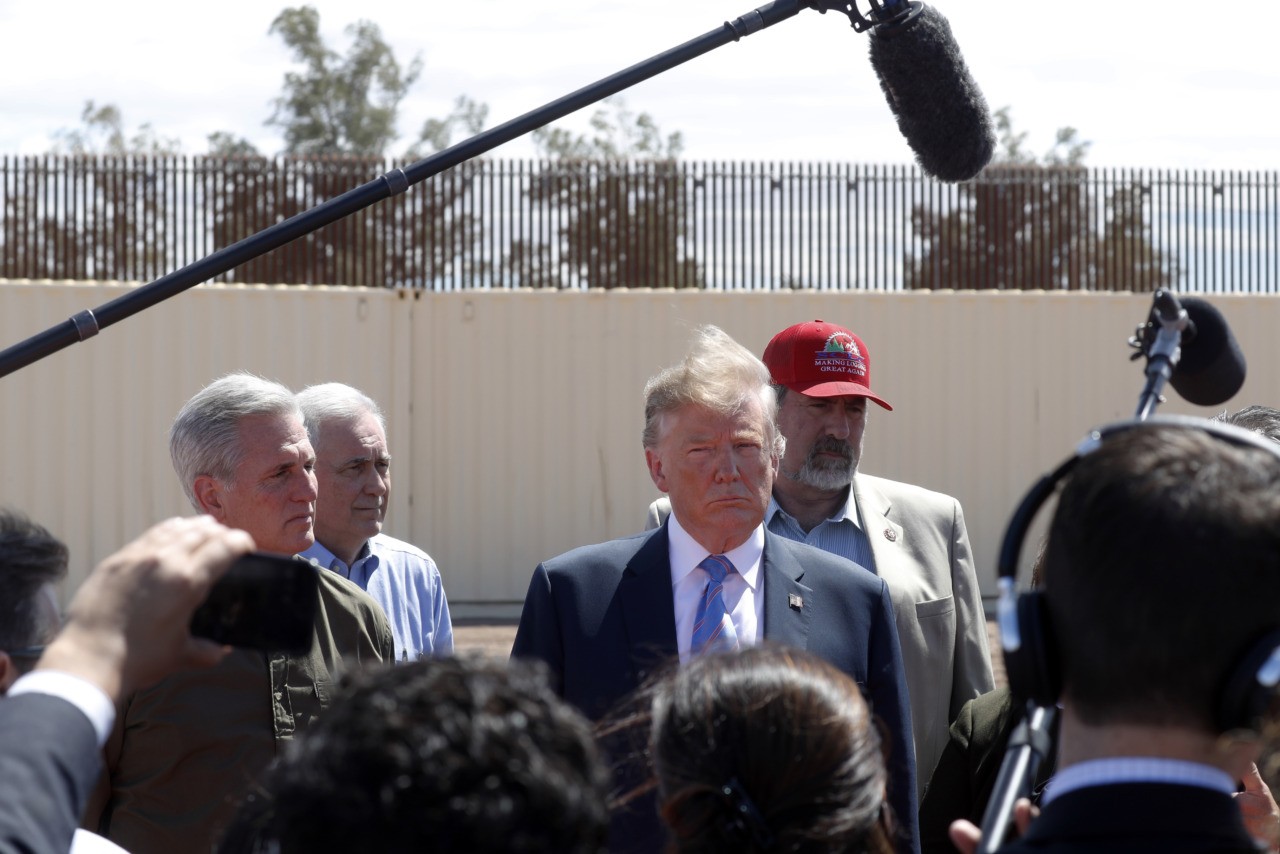 “I would say the majority would be in this style,” he said.

The president was joined by law enforcement and border patrol agents at the border and he urged them to speak to the reporters present.

“You guys are my friends,” Trump said. “Come on over here. Say hello to the fake news, fellas. Fake news.”

Border Patrol chief Gloria Chavez explained to reporters that the wall had already made a big difference on the border.

We feel this impact from 400 miles away. Each of us have experienced heinous crimes that are committed by people in our country illegally. And I just want to take this opportunity to thank this President for doing the right thing and standing up for law enforcement in this country. It is greatly appreciated and I just wanted you to know that.

“Anyone who would suggest that we do not have a crisis on our southern border is being intellectually dishonest to the point of being dishonest with malice,” he said. “We have a humanitarian crisis, which is very clear and compelling.”

Trump supporters came out to celebrate the president’s trip, waving flags and signs next to the road to the border. 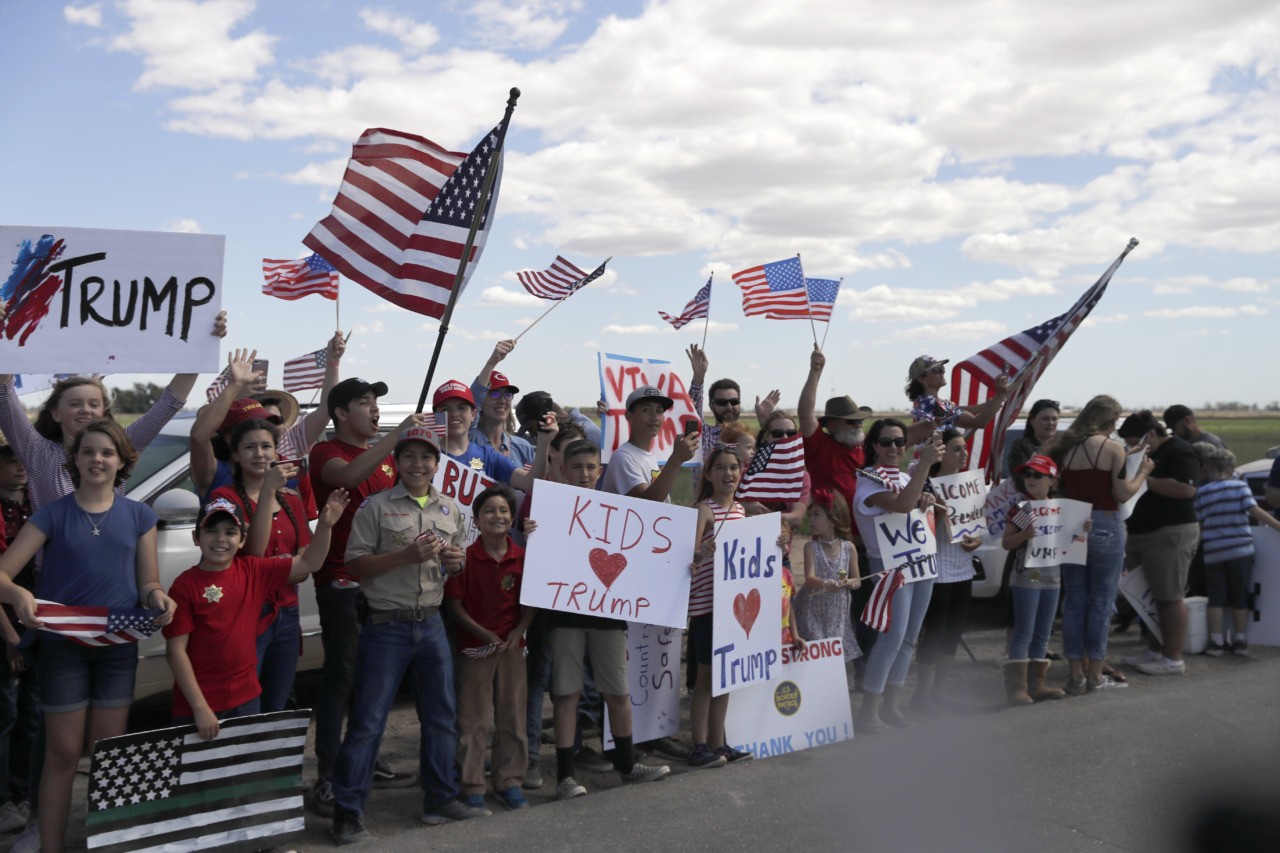 Earlier in the afternoon, Trump hosted a roundtable to highlight the crisis at the border and told migrants an illegal immigrants to turn around.

“The system is full whether its asylum, whether its illegal immigration, our country is full, our area is full, the sector is full, we can’t take you anymore,” he said. “I’m sorry, so turn around, that’s the way it is.”