As Breitbart News reported, more than 92,000 border crossers and illegal aliens were apprehended at the southern border last month. This is more than seven times the level of illegal immigration compared to March 2017, just a few months into Trump’s presidency.

The only year in the last two decades to have more than 1.28 million border crossings and apprehensions is Fiscal Year 2000, the last year of former President Bill Clinton’s second term in office.

The highest level of illegal immigration under Bush came in Fiscal Year 2001, when about 1.23 million apprehensions were made along the U.S.-Mexico border. 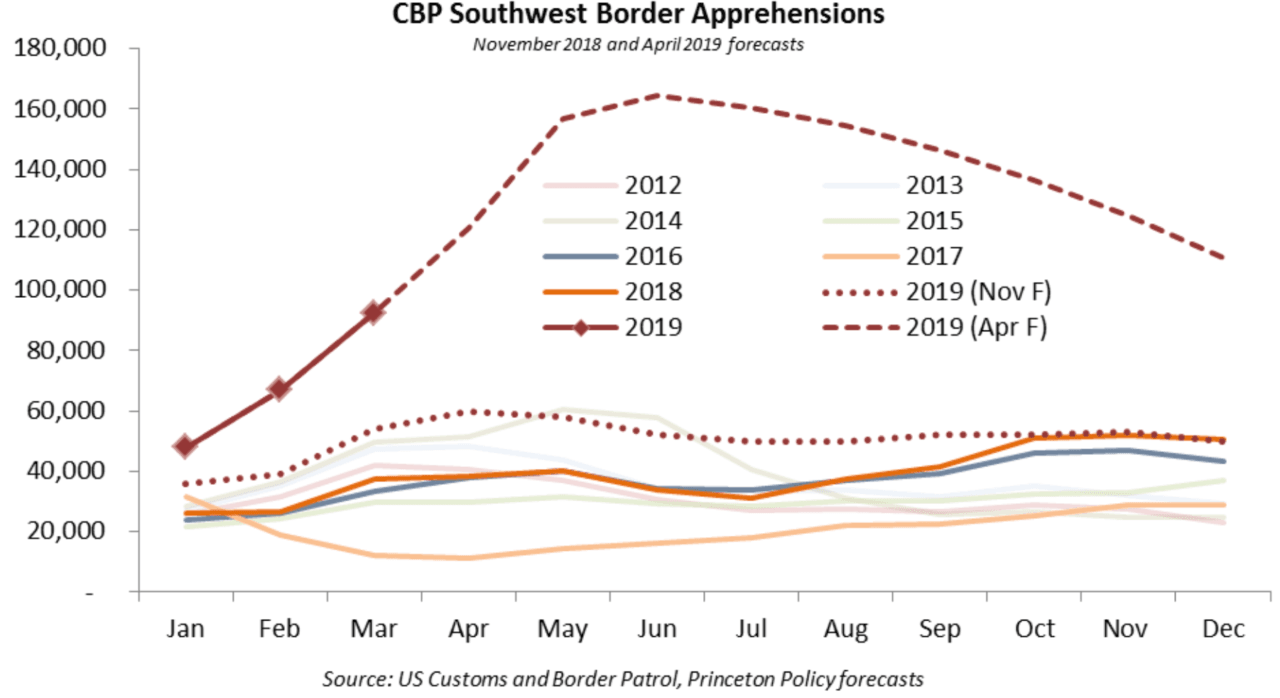 Through increased immigration enforcement, Trump has secured a four percent wage gain over the last 12 months for America’s blue-collar and working class.

Experts have warned that if illegal immigration levels continue to soar over this year and throughout 2020, those wage hikes will be choked by a saturated labor market with more cheap, foreign workers competing against Americans.

“We are seeing tens of thousands of unskilled, largely unskilled, being brought onto the market, right off these caravans, and that is going to have a negative effect on wages,” former Kansas Secretary of State Kris Kobach told Breitbart News last week. “We’re undercutting the progress that the president’s administration has made in wage growth if we continue to hand out work permits to these asylum applicants, these caravan members.”

Pro-American immigration reformers have lobbied the Trump administration to recommit to reducing legal immigration levels — where more than 1.2 million mostly low-skilled foreign nationals are admitted every year — by pushing Sen. Tom Cotton’s (R-AR) Reforming Immigration for Strong Employment (RAISE) Act legislation, a plan that would relieve working and middle-class Americans of the near five-decade period of mass immigration.