As voters gear up for the 2020 presidential election some of them have decided to go to the dogs.

In this case, the dogs who are owned by some of the Democrat presidential candidates, as indicated by a recent survey about which one has the best name. 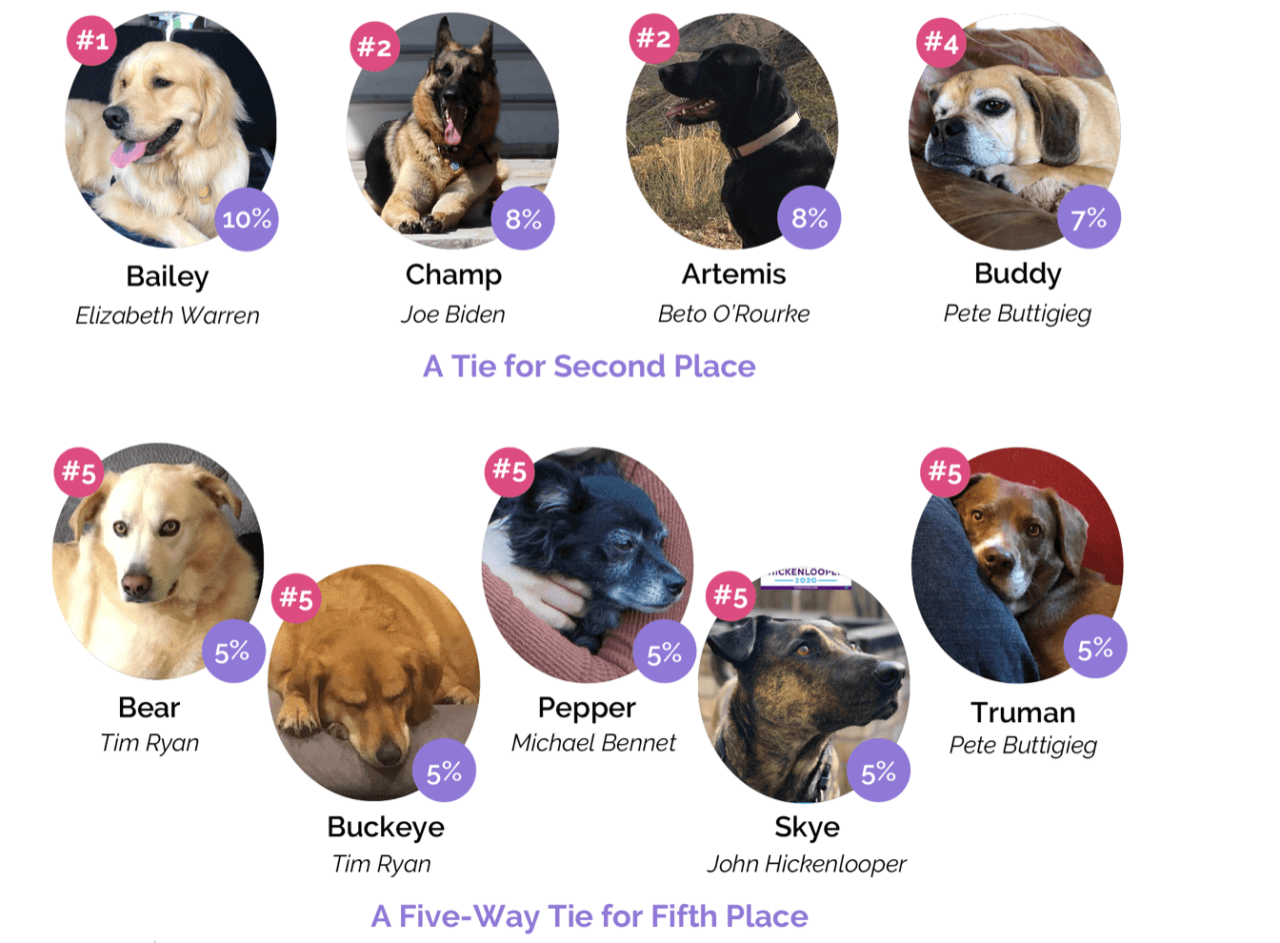 A YouGov poll shows that former Vice President Joe Biden isn’t ahead of the crowded pack of contenders — his German shepherd, Champ, ties for second place with Beto O’Rourke’s black lab, Artemis, at eight percent each.

The winning dog is Bailey, Sen. Elizabeth Warren’s (D-MA) golden retriever with the only double-digit ranking of ten percent of the vote.

Following the top three dogs is the number four dog, Buddy, a one-eyed “puggle” that earned seven percent of the vote and is owned by Mayor Pete Buttigieg of South Bend, Indiana.

“YouGov recognizes that all dogs are good dogs, but Americans have preferences on which 2020 pup has the best name,” YouGov reported on its poll, noting the poll came from a survey of 1,200 adults in the United States on Friday. “YouGov kept dog names separate from their candidate owners for the survey.”