Sen. Elizabeth Warren (D-MA) claimed there are “cages of babies” being held at the United States-Mexico border despite there being no photograph or video evidence of such detention practices by U.S. Border Patrol agents.

During Tuesday night’s CNN 2020 Democrat presidential primary debate, Warren claimed she saw “cages of babies” being held in detention when visiting the U.S.-Mexico border this year.

“What we can’t do is not live our values,” Warren said. “I’ve been down to the border, I have seen the mothers, I have seen the cages of babies. We must be a country that every day lives our values. And that means we cannot make it a crime when somebody comes here.”

While visiting a federal immigration facility in Los Fresnos, Texas, Warren spoke about adult border crossers being held in detention without the children they arrived with but did not mention seeing cages of babies.

This week marks a year since I visited the Port Isabel Reunification Center in Los Fresnos, TX to find out what was really happening to immigrant families ripped apart at our border. I saw right away: It wasn’t a unification center—it was a prison. pic.twitter.com/aAP8eTmN8e

When visiting a detention center in Homestead, Florida last month, Warren said, “These are children who are prisoners” as she described the facility, making no mention of seeing babies put in cages together.

Homestead is hot and barren, with a completely enclosed fence. I saw children being marched from one building to another in single file lines. No laughing, no playing. These are children who are prisoners. pic.twitter.com/7WB4G8sI5n

These children Warren described staying at the Homestead detention center appear to be mostly young boys who have either arrived at the U.S.-Mexico border with adults or who arrived unaccompanied and are waiting to be transferred into the care of the Health and Human Services (HHS) agency. 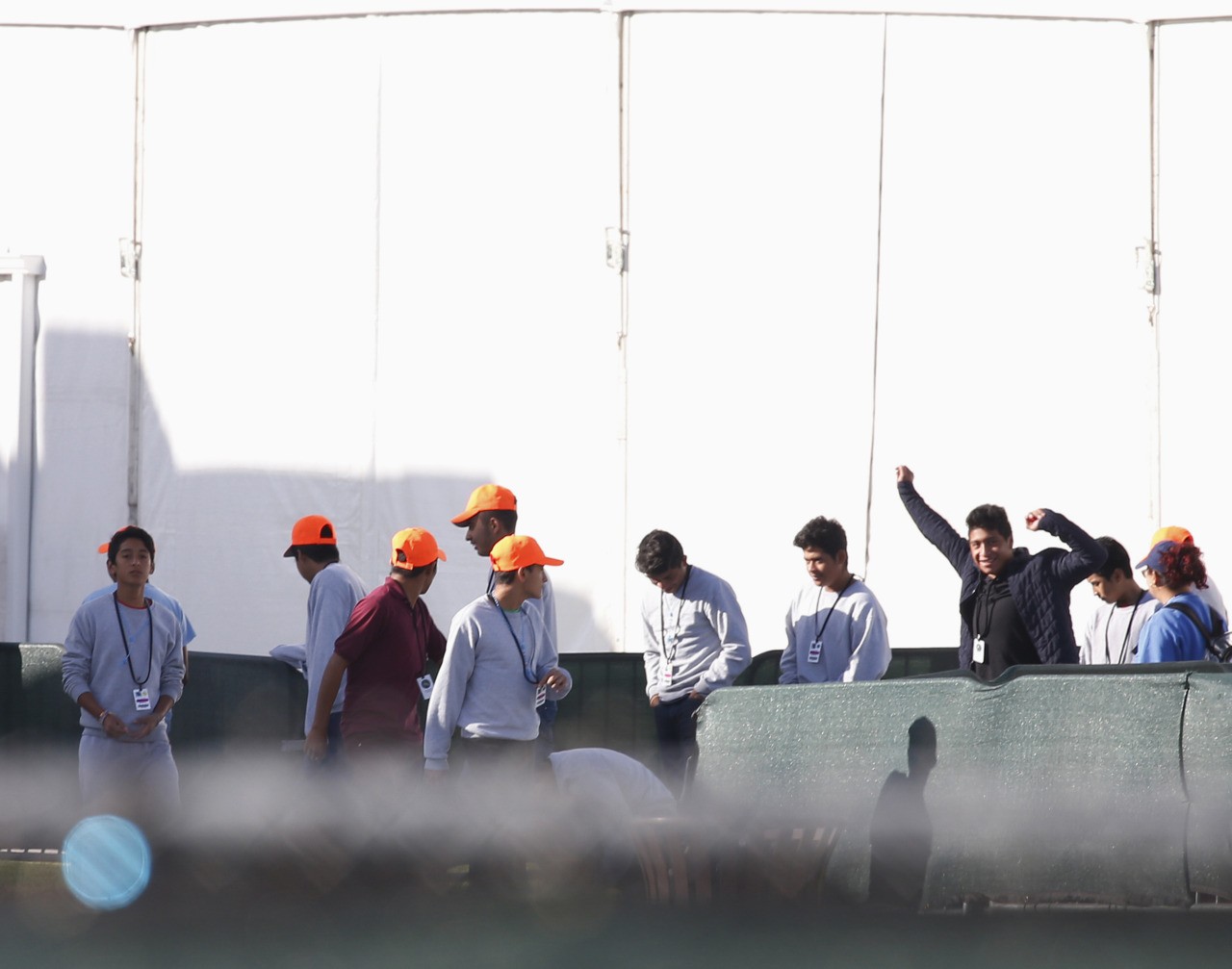 Migrant children who have been separated from their families can be seen in tents at a detention center in Homestead, Florida on June 28, 2019. (RHONA WISE/AFP/Getty Images) 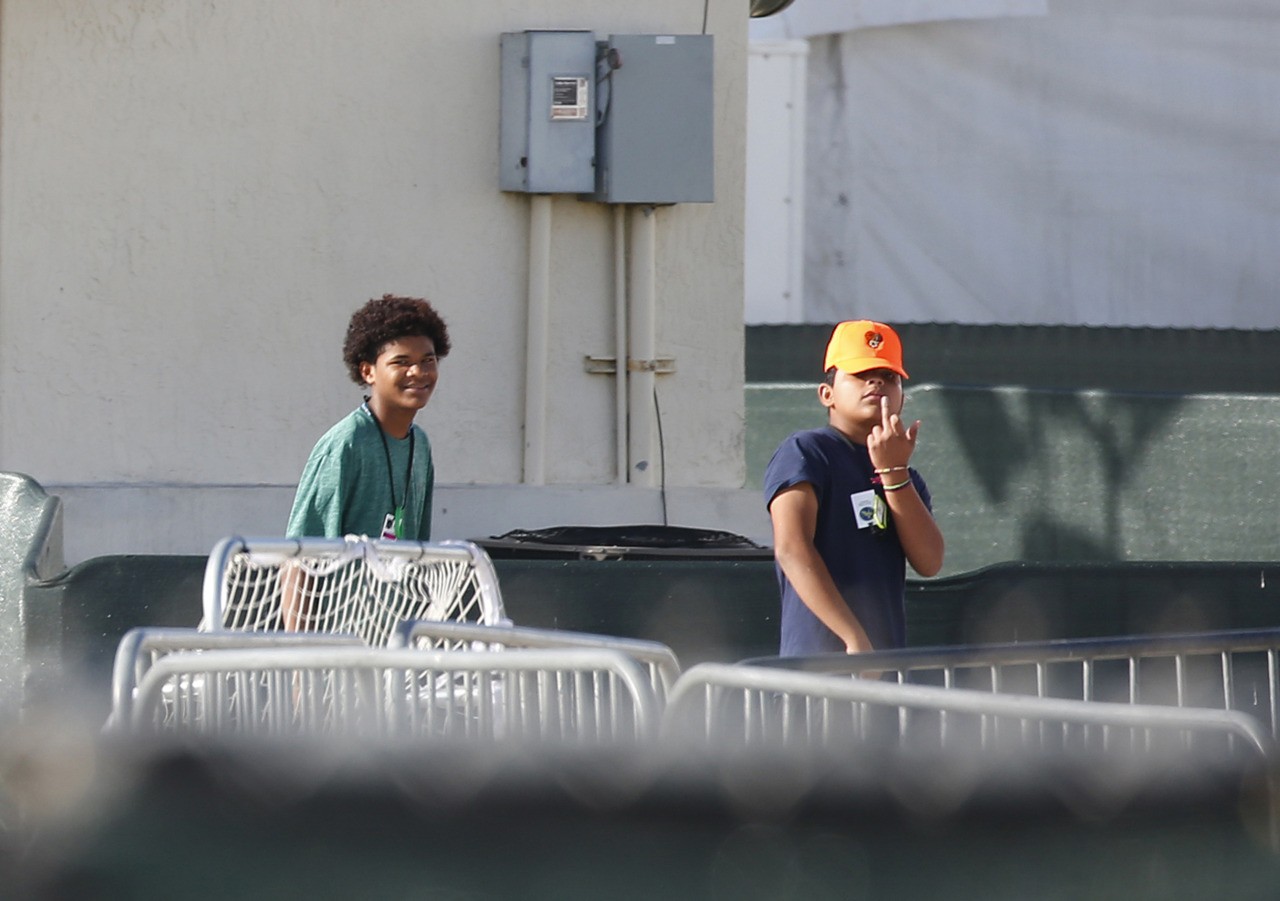 Migrant children who have been separated from their families gesture as they walk at a detention center in Homestead, Florida on June 28, 2019. (RHONA WISE/AFP/Getty Images) 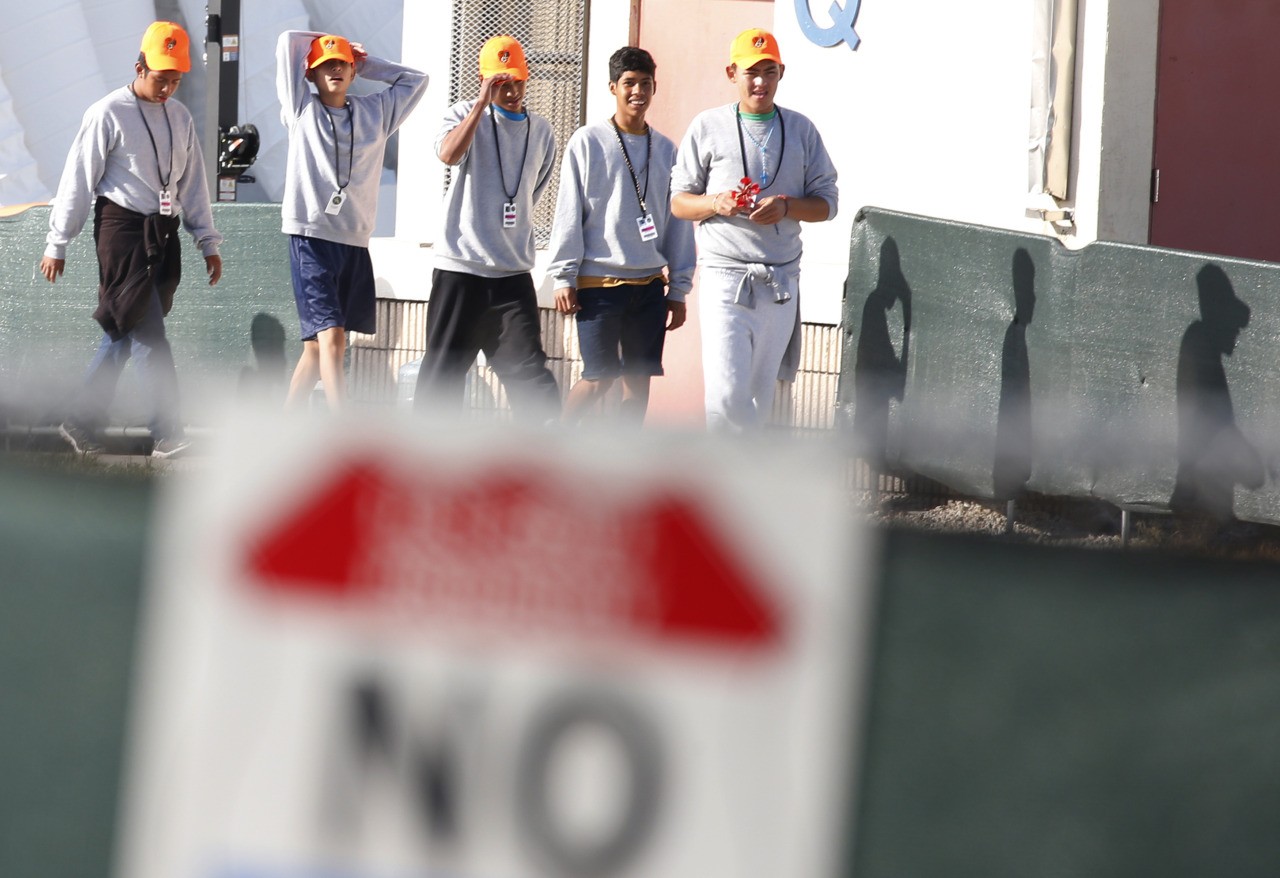 Migrant children who have been separated from their families walk at a detention center in Homestead, Florida on June 28, 2019. (RHONA WISE/AFP/Getty Images)

Other photos provided to the public reveal detention space that is overcrowded along the southern border, but there have yet to be images released showing babies held in detention space alone or together.

Although Warren has accused the Trump administration of caging children and adult border crossers in nearly unlivable conditions, the Massachusetts Senator did not denounce the same conditions that occurred during the Obama administration.

To end the detention of all illegal border crossers, Warren has promised to end privately owned federal detention centers, decriminalize all illegal immigration to the U.S., and provide amnesty and free healthcare to all 11 to 22 million illegal aliens living in the country.