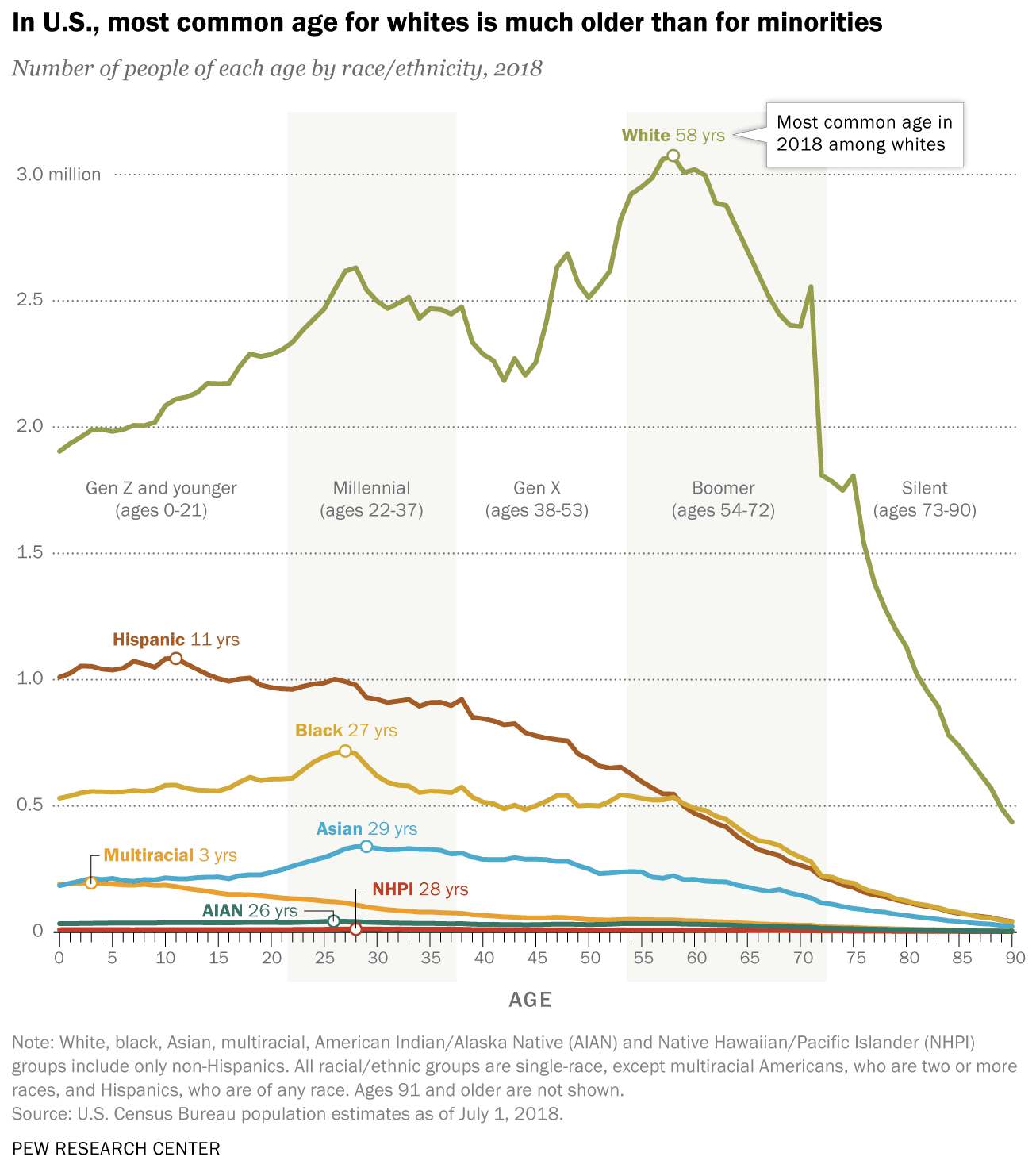 While non-Hispanic white Americans remain the largest demographic group in the U.S. — encompassing about 60 percent of the population in 2018 — racial and ethnic minorities continue to be, on average, younger than white Americans. 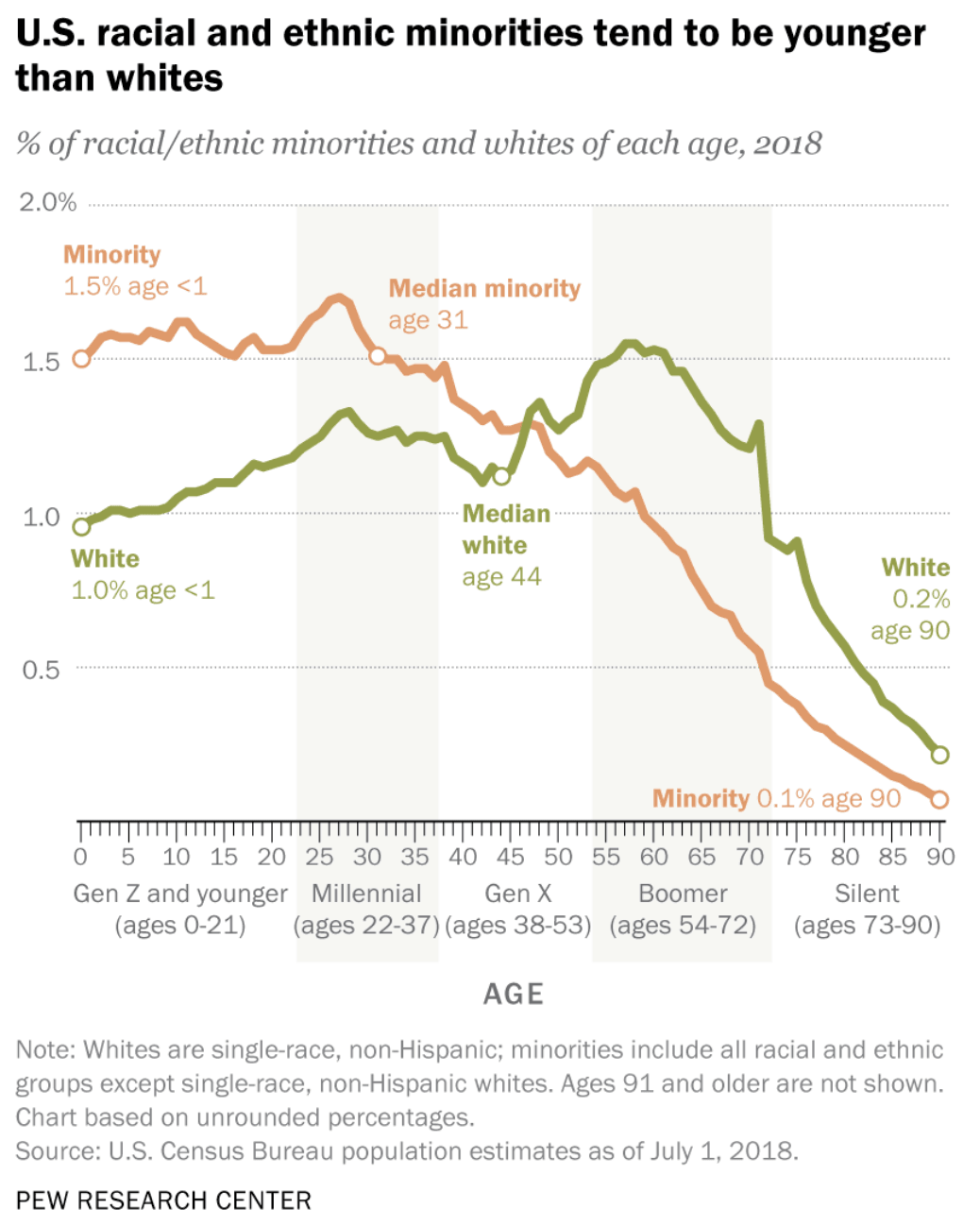 Census Bureau data finds that Hispanics are adding about nine residents to the Texas population every year for every one white resident, as Breitbart News reported. Last year, alone, the white resident population of Texas grew by only about 24,000.