Immigration to the United States is now driving nearly half of all population growth in the country instead of increased birth rates, the U.S. Census Bureau finds.

The latest Census Bureau estimates on the U.S. population reveal that about 48.5 percent of all population growth is driven by the country’s mass illegal and legal immigration policy, where more than 1.5 million foreign nationals are admitted to the country every year. 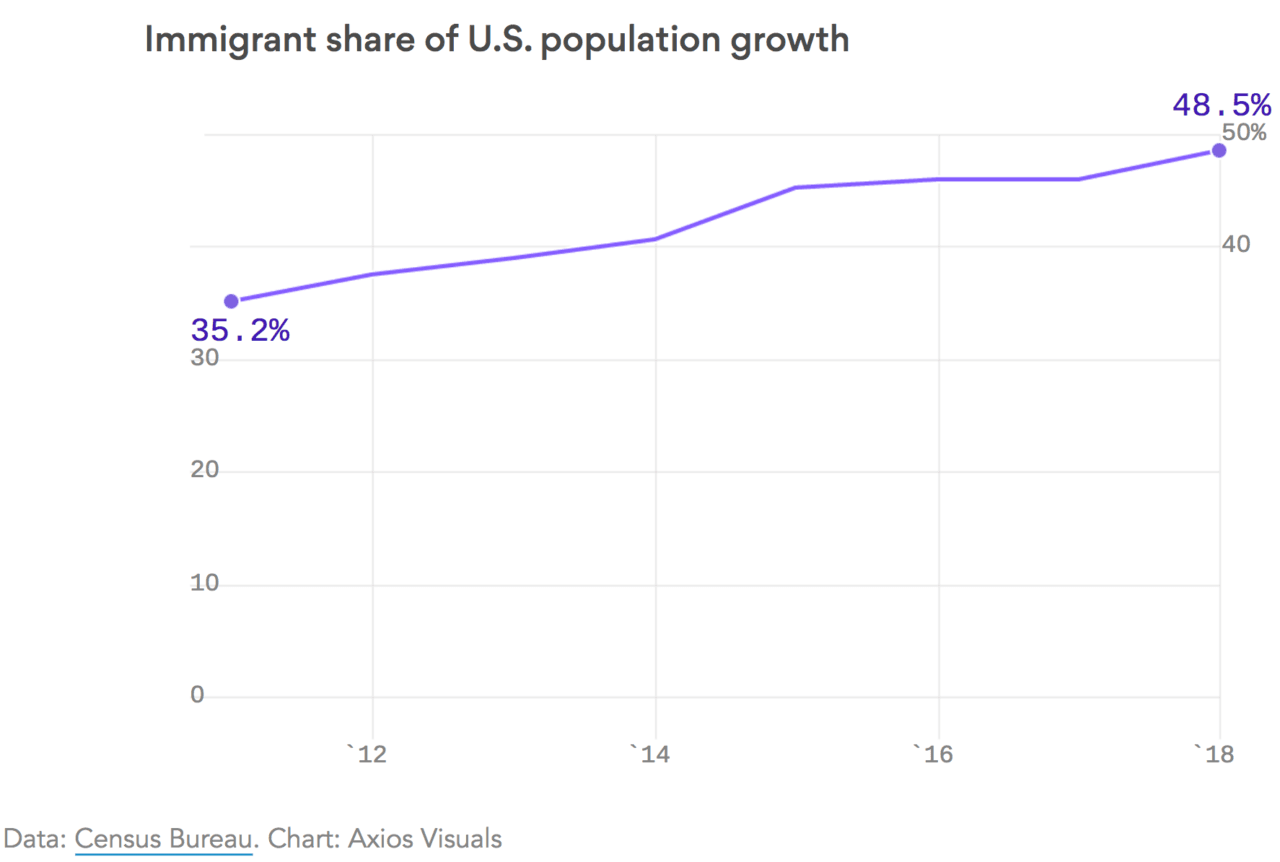 Similarly, the Wall Street Journal notes, more than half of all population growth in states like Florida, Ohio, Virginia, Kansas, and Michigan, among others, is because of immigration.

Though pundits have claimed that the country’s admittance of 1.2 million legal immigrants a year is necessary to increase birth rates, researchers have found that the growth of the immigrant population has little impact on birth rates.

Center for Immigration Studies Director of Research Steven Camarota discovered in his latest study this year that “immigrant fertility has only a small impact on the nation’s overall birth rate,” citing that immigrants in the U.S. raise the nation’s birth rate for all women by two births per 1,000 women.

“Immigration has a minor impact because the difference between immigrant and native fertility is too small to significantly change the nation’s overall birth rate,” Camarota noted in the study.

At current legal immigration levels, the U.S. population is set to hit an unprecedented 404 million residents by 2060 — including a foreign-born population of 69 million.

The U.S. does not have to rapidly increase its total resident population and foreign-born population, as legal immigration moratoriums have been implemented in the past to give time for new arrivals to properly assimilate to American life. Halting all immigration to the country would stabilize the population to a comfortable 329 million residents in the next four decades.