States with some of the weakest economic recoveries since the Great Recession are now enjoying soaring income growth in President Trump’s economy. 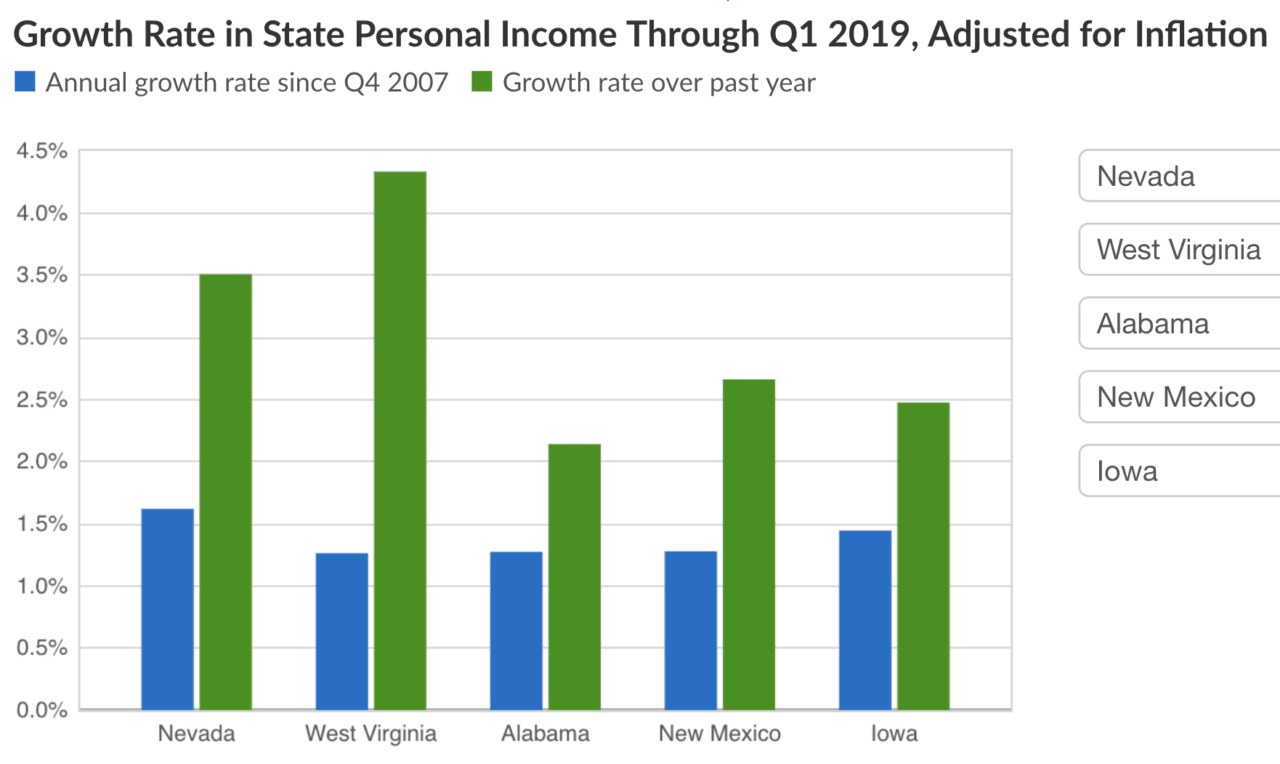 States like Minnesota and North Carolina, which had annual income growths of 1.9 percent since 2007, have seen personal income grow to almost three percent over the last year.

Alabama and New Mexico, both with some of the weakest economic recoveries since the Great Recession, have had significant income growth in the past year. Alabama, for instance, has had annual income grow by just a little more than one percent since the recession but in the last year has seen income grow by more than two percent.

In New Mexico, which saw income grow by 1.3 percent annually since 2007, has seen personal income grow for its residents by nearly three percent over the last year.

As Breitbart News reported, research by the Economic Innovation Group found that by 2016, elite zip codes had a surplus of 3.6 million jobs. This is more than the combined bottom 80 percent of American zip codes. Similarly, while it only took about five years for wealthy cities to replace the jobs lost by the recession, it took “at-risk” communities a decade to recover, and “distressed” communities may never recover.