Despite her attacks on the top one percent, Sen. Kamala Harris (D-CA) has relied primarily on an elite group of coastal donors to fund her 2020 Democrat presidential campaign.

Detailed donor-base maps created by the New York Times reveal that Sanders’ left-wing populist campaign, for example, has nearly three times as many individual donors as Harris’s. And when Sanders is excluded, Harris still only dominates with donor funding in California’s elite coastal zip codes, while Warren has the most across-the-country support from individual donors. 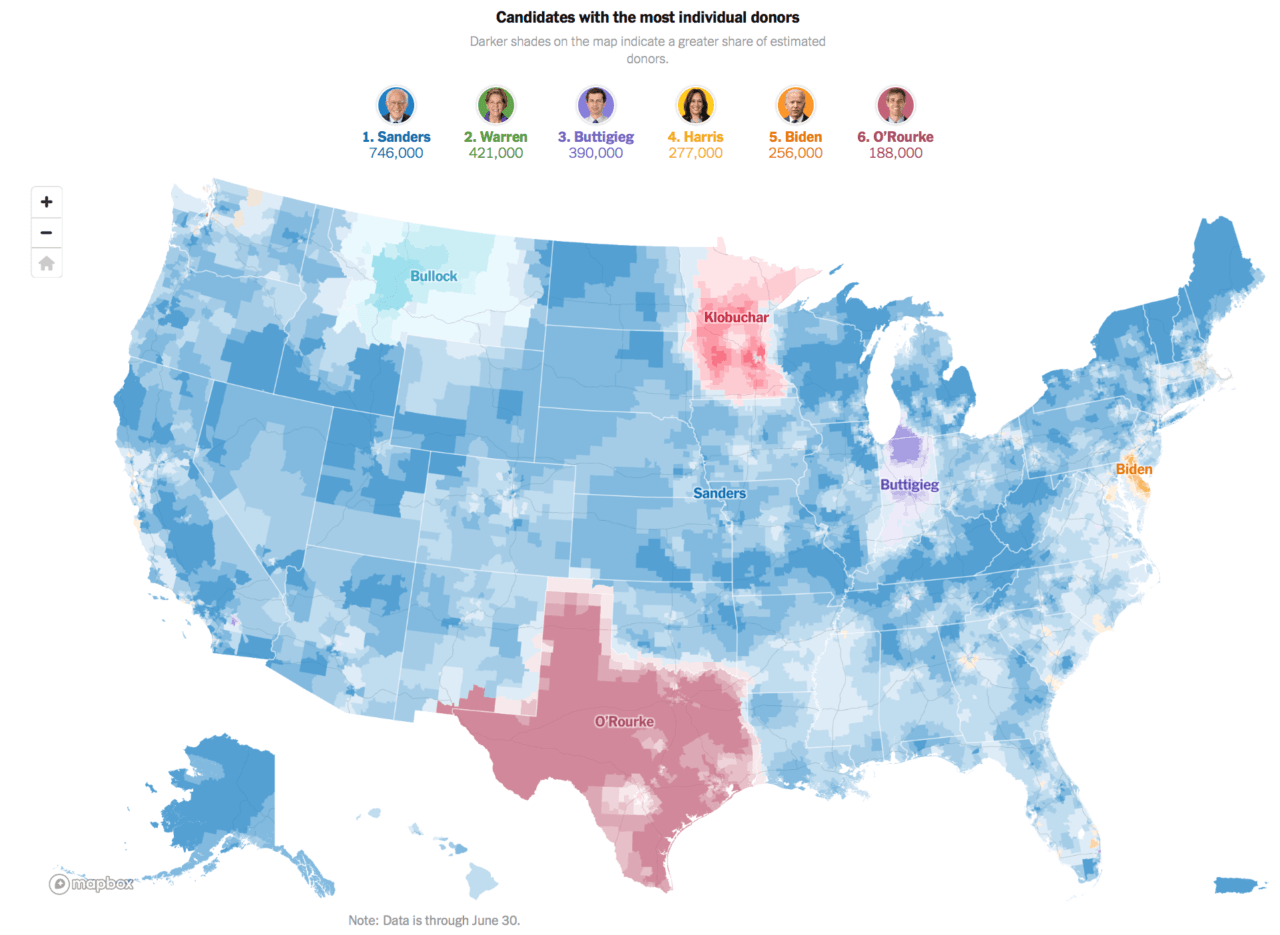 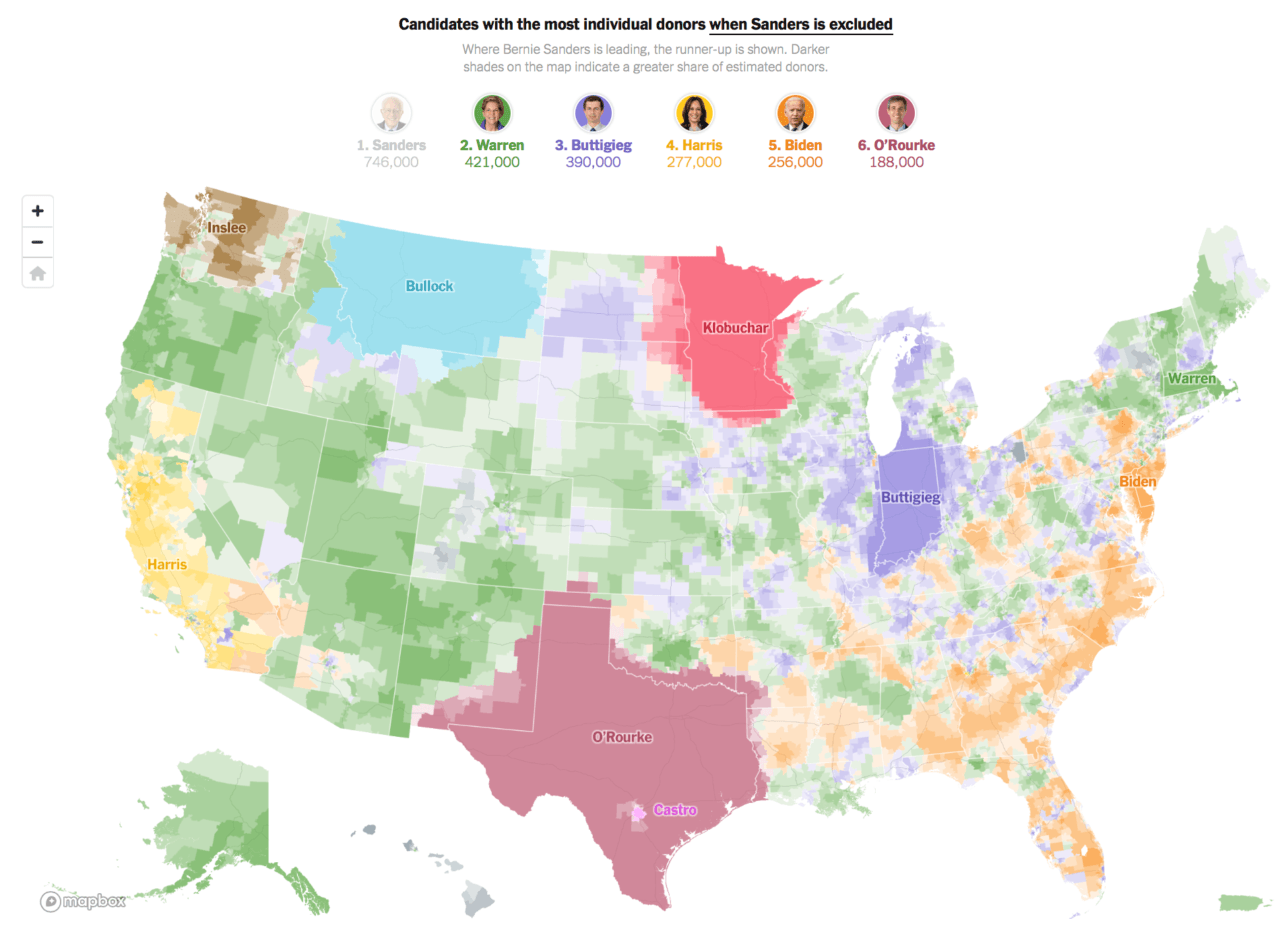 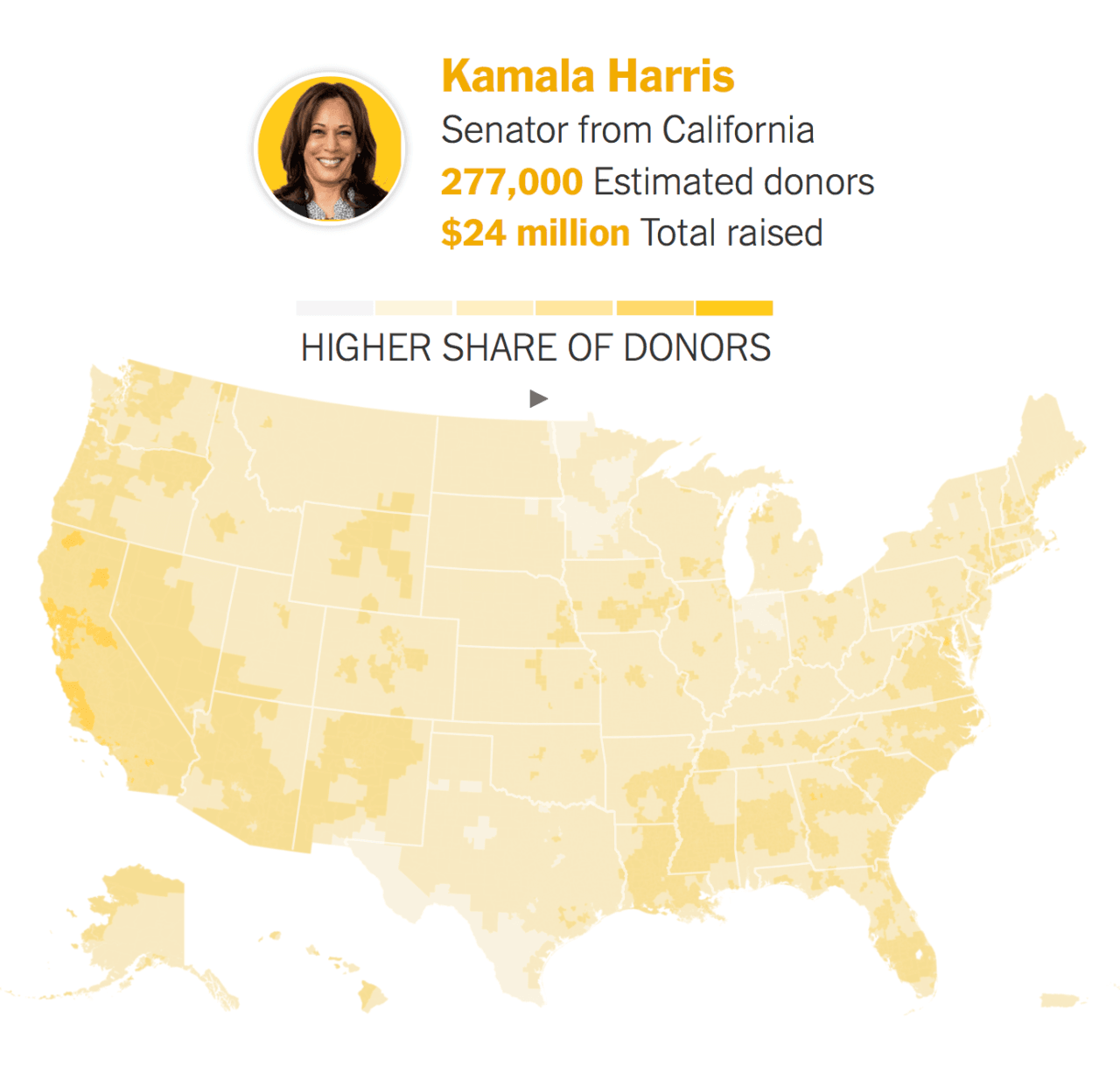 More than 30,000 of the roughly 99,000 donations listed to Harris’s campaign on the Federal Election Commission (FEC) database came from residents in either California, New York, Florida, Washington, D.C., or Virginia.

Harris’s top donors include lawyers from the Paul, Weiss, et al law firm, which has represented Citigroup, as well as American job outsourcers and offshorers such as the Walt Disney corporation; multinational communications services AT&T Inc., Alphabet Inc. which is the parent corporation of Google; as well as Apple Inc.

In May, billionaire Gordon Getty of the Getty Oil dynasty hosted a fundraiser for Harris at his mansion in San Fransisco, California with Gov. Gavin Newsom (D-CA). Campaign records find that the billionaire Getty family has contributed thousands to Harris.

Likewise, though Harris’s campaign has claimed that she does not accept funding from Big Pharma, a number of pharmaceutical executives have gifted the California Senator with campaign cash, The Intercept notes:

Silicon Valley’s tech elites have been major contributors to Harris’s bid as she has campaigned against slapping tariffs on the foreign-made products of tech corporations.