Until the 2018 midterm elections, four of Orange County’s six congressional districts were held by Republicans, including Rep. Dana Rohrabacher (R-CA) and Rep. Mimi Walters (R-CA), and the county had long been considered a GOP fortress in a state that has drifted to the far-left over the last four decades.

A new report by the LA Times, though, reveals that Orange County is now not only dominated by Democrats in terms of its representation — all six congressional seats were won by Democrats last year — but Democrat voters in the county now outnumber Republicans. 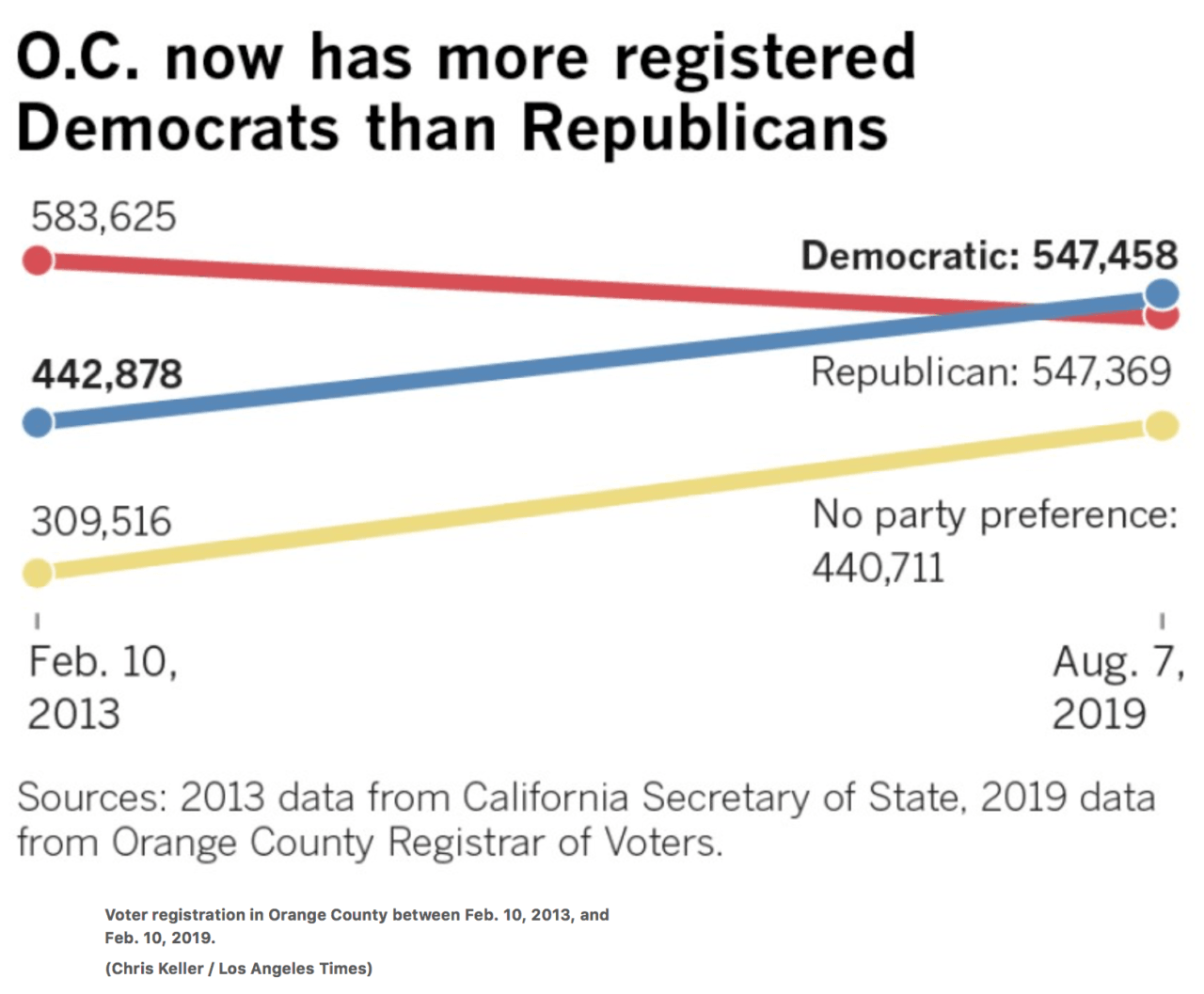 (Screenshot via the Los Angeles Times)

The LA Times credits this shift towards Democrats in Orange County to “changing demographics” wherein legal immigration levels — more than 1.2 million legal immigrants are admitted to the U.S. every year — have ballooned the foreign-born population in the region to more than 30 percent:

But the county has been trending left in recent years because of changing demographics — growing numbers of college-educated voters as well as minorities and immigrants. [Emphasis added]

The New York Times previously noted that a “40-year” flood of immigration to Orange County had transformed the area, leaving behind its roots in conservatism that helped catapult President Richard Nixon and President Ronald Reagan to electoral victory.

In a series of charts, Times reporters Robert Gebeloff and Jasmine C. Lee. reveal that while Orange County has become less and less Republican, the foreign-born population has grown significantly, the share of college graduates has peaked, and the white American population has fallen drastically. 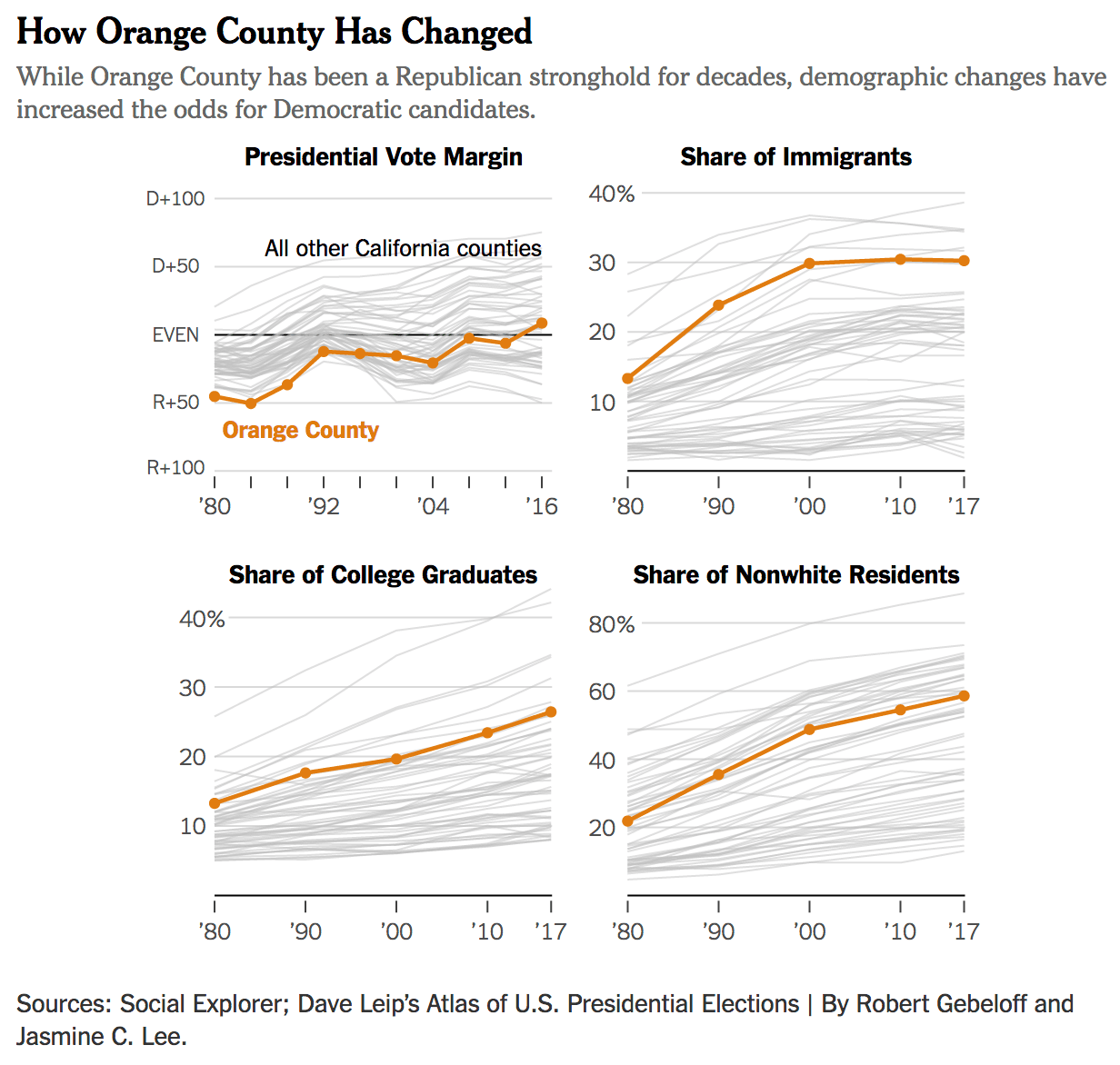 Analysis by The Atlantic senior editor Ronald Brownstein revealed that nearly 90 percent of House congressional districts with a foreign-born population above the national average were won by Democrats. This means that every congressional district with a foreign-born population exceeding roughly 14 percent had a 90 percent chance of being controlled by Democrats and only a ten percent chance of electing a Republican.

Likewise, Axios admits that legal immigration at its current rate will continue shifting the American electorate more towards Democrat control.

Currently, the U.S. is on track to import about 15 million new foreign-born voters in the next two decades should today’s legal immigration levels remain the same. About eight million of those 15 million new foreign-born voters will have arrived in the country through the process known as chain migration. Newly naturalized citizens can bring an unlimited number of foreign relatives to the country.