No, the real scandal about that meme – and somewhat proving its political point – is that the movie it comes from, Kingsman: The Secret Service, is just about the only thing to have emerged from Hollywood in the last five years which doesn’t come across like propaganda for the liberal-left.

In Kingsman: The Secret Service – just like in the real world everyone apart from deluded liberals inhabits – the bad guys are corrupt, power-crazed globalists and psychopathic green activists.

You might think that a movie with such a wholesomely conservative message would never have gotten financed by Hollywood – and you’d be right. It was turned down by all the major studios and financed, as a labour of love, by its ballsy British director Matthew Vaughn who was prepared to risk everything to get it made. It grossed over $500 million worldwide, proving that – contra Hollywood – audiences do have an appetite for product that isn’t oppressively and relentlessly woke.

We conservatives are very good at complaining about the culture’s leftist bias and of course we’re right: Hollywood, TV, the publishing industry, the mainstream media do indeed all swing horribly to the left.

What we’re not so good at is doing anything to counter it.

I totally agree. Which is why I think we should all do our bit to support the Indiegogo crowdfunding campaign for Jack’s comic book project Agent Poso.

Set ten years in the future a global threat has arisen, and the President must turn to those he can trust. An off-the-books team that works directly for him, in the shadows. For the most sensitive missions, he calls upon Agent Poso and TASK FORCE AEGIS

Just like in Kingsman (which started life as a comic by Mark Millar), the bad guys are environmentalists. (And jihadists – another category of villain that the liberal-left culture industry generally prefers to play down, if it can…)

The projected comic reunites many of the team involved in a previous successful crowdfunded project, Trump’s Space Force.

You should support it for at least three reasons: first because the product is going to be good; second because it will annoy the hell out of liberals; third because as Andrew Breitbart said, politics is downstream from culture – so if we don’t take winning the culture wars seriously we’ll probably lose the political wars too… 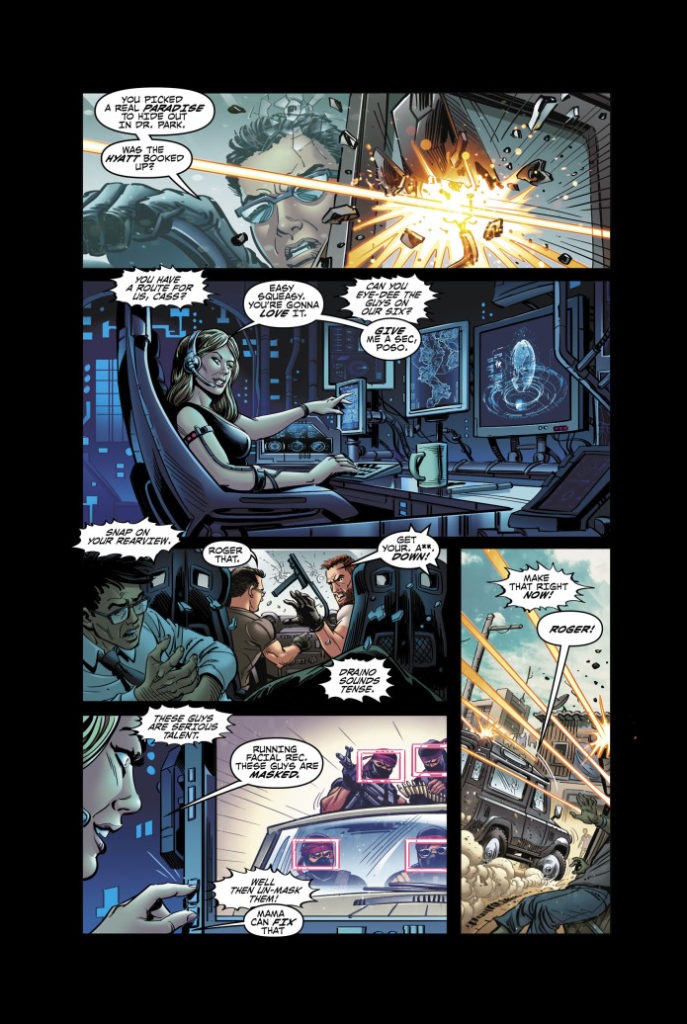