Sen. Mitt Romney (R-UT) has been caught using the pseudonym “Pierre Delecto” to defend his own honor on Twitter.

Everything about this story says so much about Mitt Romney: his pettiness, his insecurity, his lack of character, honesty, and decency, starting with how it all unraveled: Romney doing business with the establishment media — in this case, the far-left Atlantic and activist-reporter, McKay Coppins, who was originally hired at BuzzFeed to destroy Romney’s 2012 presidential campaign.

Back in 2011, Coppins was the affirmative-action hire of all affirmative-action hires. Determined to win Barack Obama a second term, BuzzFeed knew it needed a left-wing Mormon (or a “media-approved Mormon,” as I dubbed him at the time) on the team, someone who could trash Romney without being called a religious bigot. Before the race was over, among other things, Coppins accused Romney of ginning up a “race war” over his welfare reform proposals.

Moreover, Coppins is not terribly bright. That might seem unfair, but how else to describe a man who assured the world Evan McMullin “is on the verge of beating Trump and Clinton in deep-red Utah” as he’s “literally building a new party.” Spoiler Alert: Trump won Utah by 18 points and McMullin is now a punchline.  How else to describe a man who declared in 2014: “Trump very badly wants to be taken seriously as a potential political candidate and not be written off as a man-boy who cried wolf. But, at the same time, he plainly has no interest in actually running for office.” Spoiler Alert: Trump is the President of the United States.

Anyway, like an abused spouse, Romney continues to cuddle up to his media abusers, people who treated him much worse than Trump ever has. It’s a clinical condition known as McCain Syndrome, and there’s no known cure.

And so, because there is a God and He loves us, Romney’s cuddling with his abuser on the pages of the Atlantic has ended in total humiliation after he attempted to brag about his social media savvy (emphasis added):

When I met [Romney] in his office a couple of weeks later, I asked if [Trump’s] Twitter insults bothered him.

“That’s kind of what he does,” Romney said with a shrug, and then got up to retrieve an iPad from his desk. He explained that he uses a secret Twitter account—“What do they call me, a lurker?”—to keep tabs on the political conversation. “I won’t give you the name of it,” he said, but “I’m following 668 people.” Swiping at his tablet, he recited some of the accounts he follows, including journalists, late-night comedians (“What’s his name, the big redhead from Boston?”), and athletes. Trump was not among them. “He tweets so much,” Romney said, comparing the president to one of his nieces who overshares on Instagram. “I love her, but it’s like, Ah, it’s too much.

We now know it is not a “lurker” account.

Oh no… it is so much more than that…

It took a writer at Slate about fourteen seconds to discover that Mitt Romney, a sitting United States Senator, uses the name Pierre Delecto to run all around Twitter defending… Mitt Romney.

And Romney has already been forced to confirm that “Pierre Delecto” is indeed a fella named Willard.

Well, not anymore. Now that he’s become the laughingstock of the Internet, Willard has locked up “Pierre” as a private account.

Thankfully, though, before he ran away and hid like a girl, we were able to discover just how much Mitt Romney loves him some Mitt Romney, and when Mitt Romney doesn’t get his due, Mitt Romney is there to say something about the greatness of Mitt Romney. 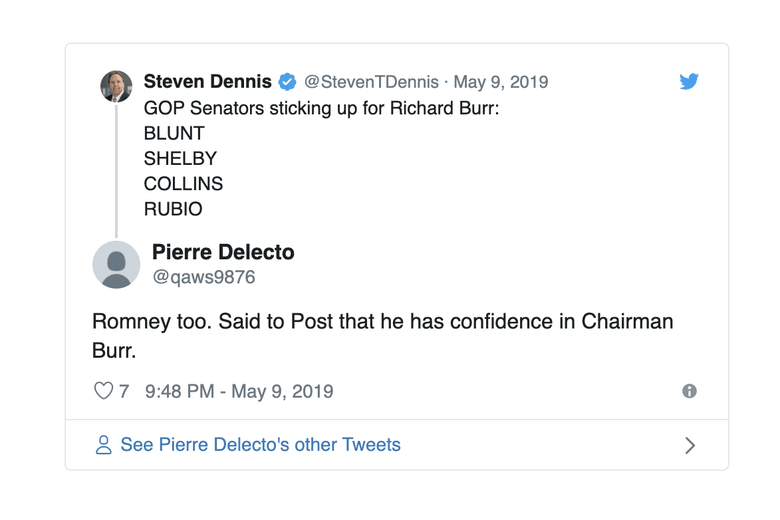 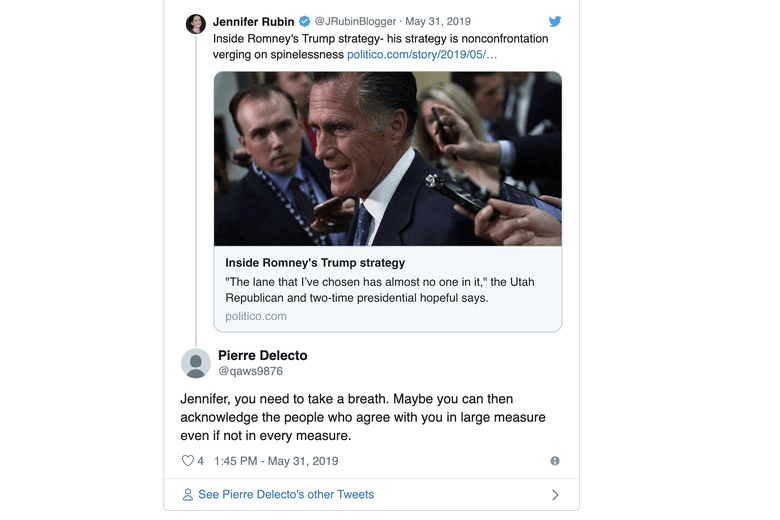 Gosh darn it, Mitt Romney does too have a moral compass. 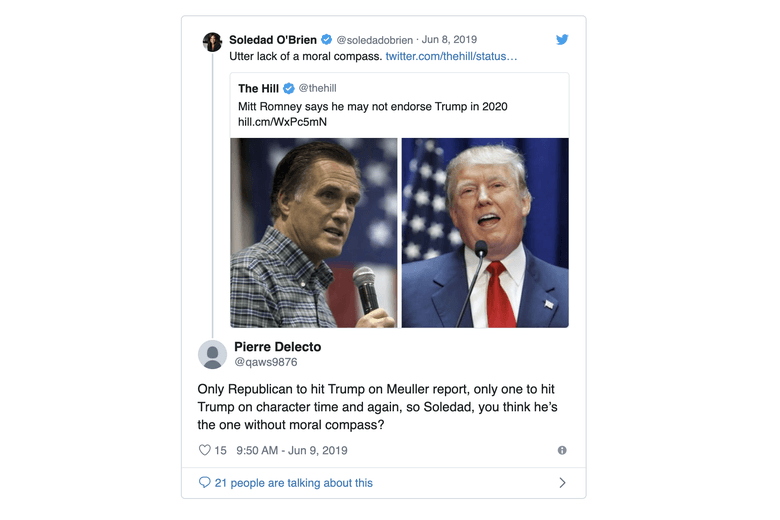 Mitt Romney has principles, so says Mitt Romney, and so say we all… 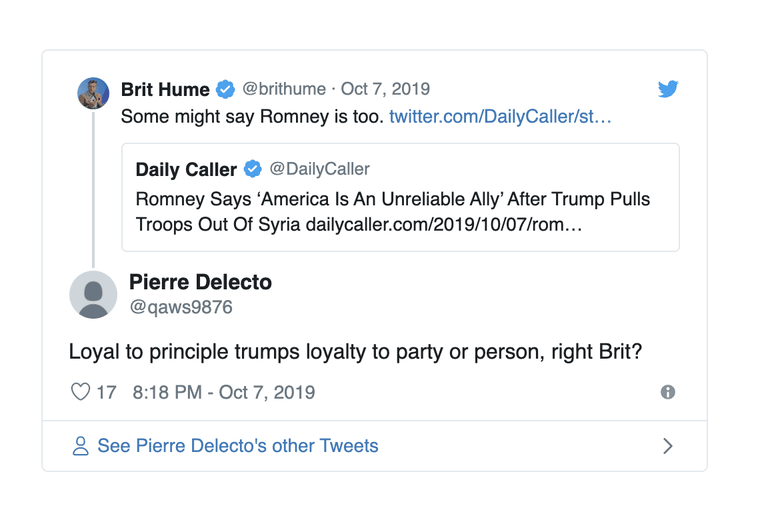 But look at what Romney’s really doing, look at how pathetic this all is…

He’s so insecure and hungry for approval, but so cowardly and craven in not wanting to correct or criticize his abusers in the media directly, that he cowers in their mentions under the cloak of just another anonymous nobody.

Why doesn’t Romney use his verified Twitter account to makes these points, to set the record straight? Why doesn’t he reach out directly to those in the media when he wants something corrected?

I’ll tell you why… because he’s a whimpering, abused little quisling of a man — so intimidated and defeated by the corrupt media that when he’s not kissing abuser ass on the pages of the Atlantic, he can only try and regain some of his pride by hiding in the dark and rebelling in a way that isn’t even as nervy as ringing a doorbell and running.

If that’s not bad enough, Romney is using the “like” button on his Pierre Delecto account to file away those tweets that make Mitt Romney’s heart sing: tweets accusing Trump of swindling kids with cancer, about invoking the 25th Amendment to remove Trump from office, and attacking Newt Gingrich for impeaching Bill Clinton while cheating on his own wife.

But we already knew that.