The majority of U.S. voters say newly arrived immigrants are not assimilating to American culture but are rather keeping their foreign cultures when they arrive, a new poll finds.

Only about three-in-seven voters say immigrants are assimilating to American culture by leaving their foreign cultures behind when they come to the U.S. 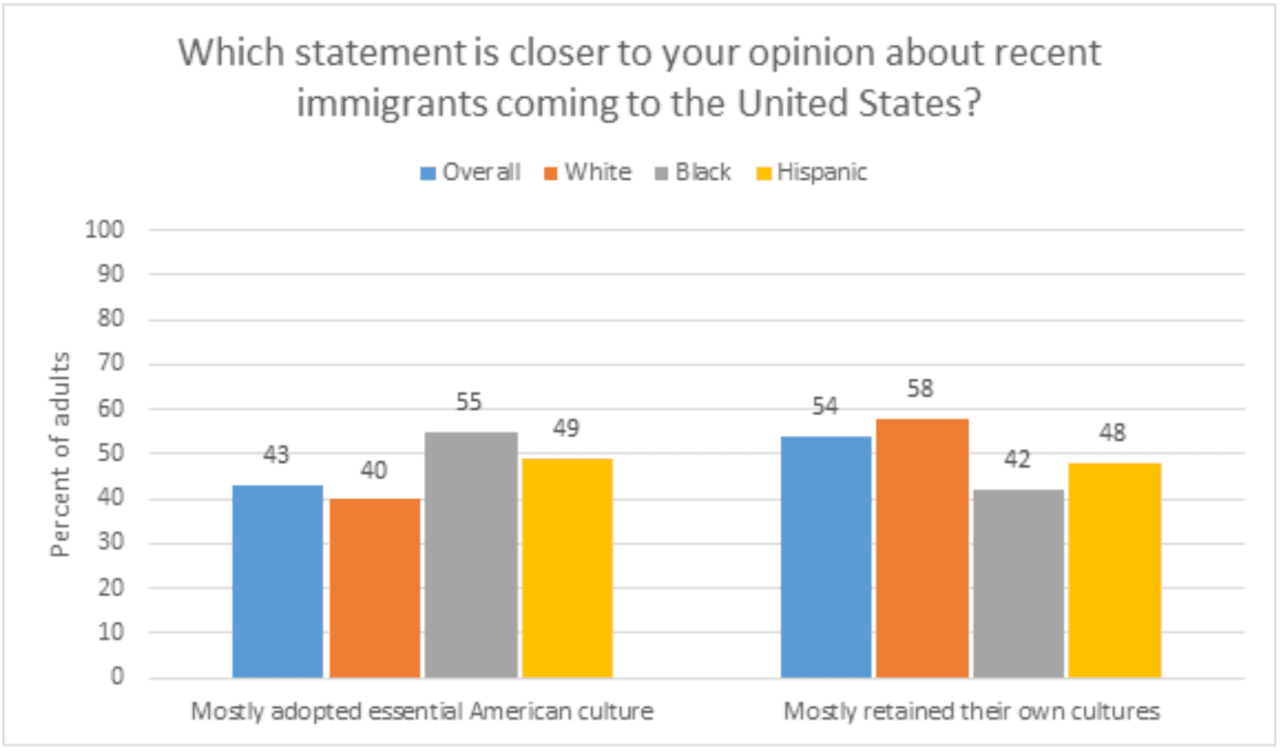 A slim majority of 51 percent of voters say the U.S. should be a nation with a national culture and national identity, rather than adopting a multicultural approach. White voters are the only racial demographic group to say, by a majority, that the U.S. must have a national culture.

Meanwhile, 62 percent of black Americans and 61 percent of Hispanic voters say the U.S. should embrace multiculturalism in lieu of a national culture and national identity. 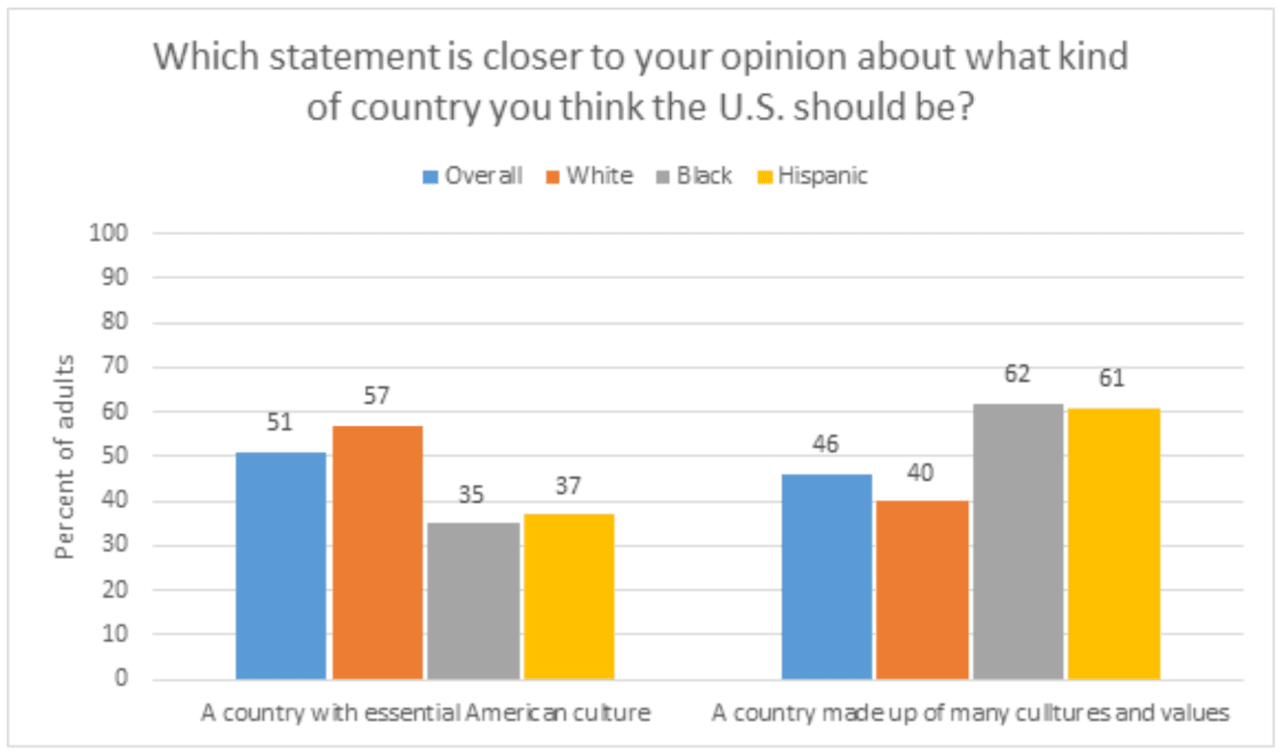 Already, states like California and major U.S. cities have seen seismic demographic changes almost entirely due to illegal and legal immigration which brings more than 1.5 million foreign-born residents to the country every year.

The latest projections from the Census Bureau predict that the already 44.5 million-strong foreign-born population living in the country will rise to a historic 69 million in just four decades should current legal immigration levels remain the same.

This indicates that by 2060, every one-in-six U.S. residents will have been born outside of the country, a result of current legal immigration levels. By contrast, in 1970, one-in-twenty U.S. residents were foreign-born.

The AP-NORC poll was conducted from September 20 to 23 and surveyed nearly 1,300 U.S. adults. The margin of sampling error is plus or minus 3.8 percentage points.