Overall net migration has dropped to the lowest level this decade, according to the latest Census Bureau data.

This is the lowest level of net migration to the U.S. this decade and has been primarily driven by “declining immigration of the foreign-born, increasing foreign-born emigration, and changes in Puerto Rican migration following Hurricane Maria in September 2017,” Census Bureau analysts note. 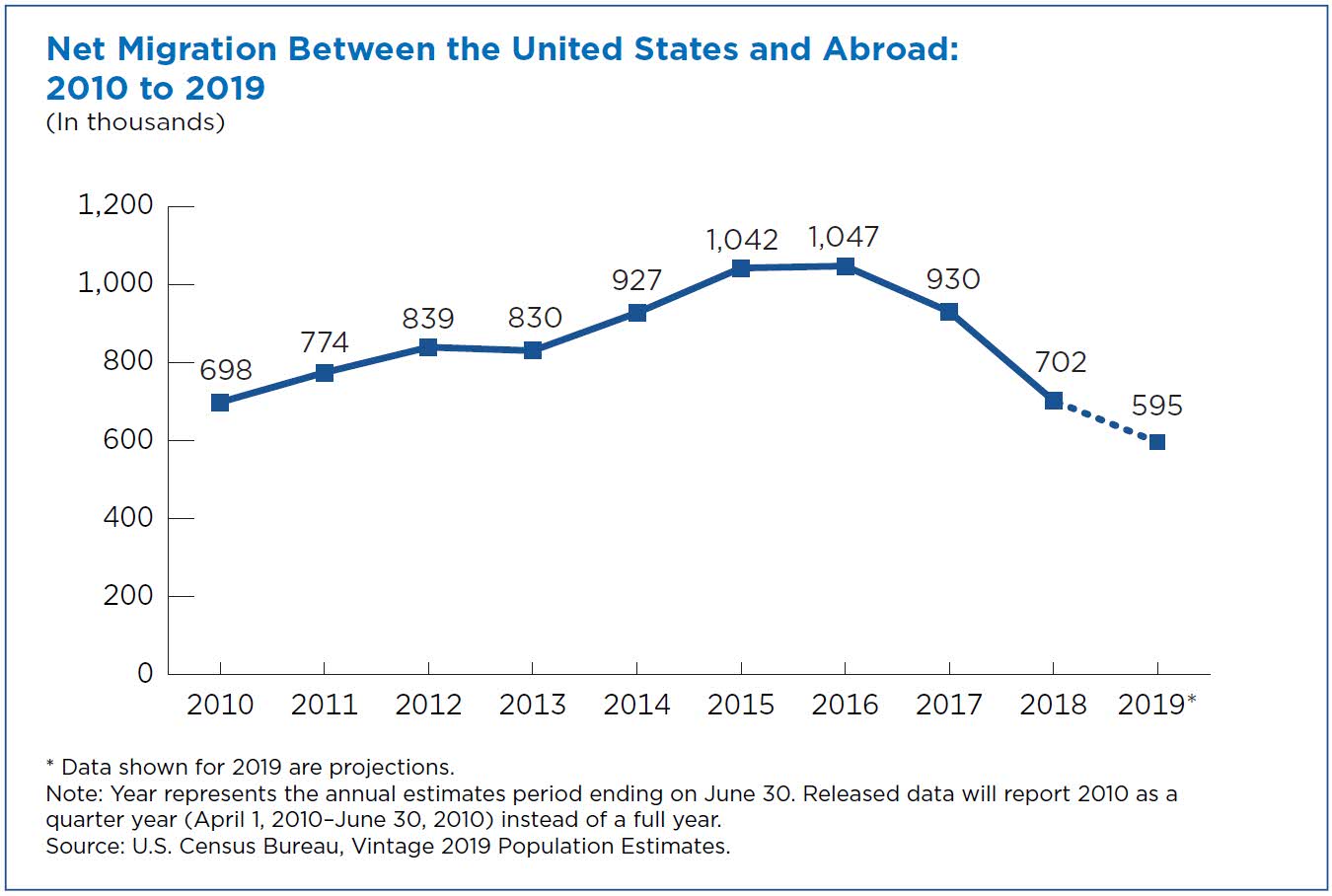 The drop in net migration has been a boon to America’s working and middle class as it has decreased foreign competition against U.S. workers and tightened the labor market which has boosted wages. As Breitbart News recently reported, the tightening of the labor market has helped secure the bottom 25 percent of American wage earners a year-to-year wage hike of 4.5 percent.

For the first year in decades, the U.S. economy has tipped toward American workers rather than employers in terms of the labor market. Today, due to less foreign competition, workers have more chances to seek out the highest-paying job. For decades, it was employers who would bid on workers.

Despite calls for more foreign workers from corporate interests, 2020 Democrats, and the big business lobby to crush those U.S. wage gains, there remain about 11.5 million Americans who are either unemployed, underemployed, or out of the labor market — all of whom want good-paying full-time jobs.