Prime Minister Edouard Philippe struck a determined tone after the initial morning discussions, sticking to the government’s tight timetable for getting its pension proposal through parliament before the summer recess.

The CGT union came out of the talks vowing more strikes and calling for more people to take the streets.

The protracted battle over pension reform, with more than a month of punishing walkouts, is proving to be one of the toughest domestic tests for centrist President Emmanuel Macron since his 2017 election on a platform of promises to modernize the French economy.

Philippe said the pension reform bill will be presented to the Cabinet on Jan. 24 and for parliamentary debate from Feb. 17.

“It´s a good meeting,” he said, adding that further discussions with unions would drill down into the minutiae of the government’s plans.

But union representatives gave a grim readout of Tuesday’s encounter at the Labor Ministry.

“The strikes aren´t about to stop,” said Catherine Perret of the CGT union. She urged people to turn out en masse for rallies called for Thursday.

Among the principal points of contention is the proposal to push back the age at which retirees would be eligible for full pensions, from 62 to 64.

The government also wants to end some of the special pension deals that allow a minority of workers to retire in their fifties.

The government insists the new system will be fairer to all French workers and be financially sustainable. Philippe said before the talks resumed that the reform would create “a better retirement system tomorrow than the one that exists today.”

“To find a compromise, everyone has to budge a little bit,” Philippe said on RTL radio.

Tuesday marked the 34th day of disruptive train strikes and walkouts in the Paris Metro.

Oil refinery workers joined the walkouts. Union leaders vowed that “not a drop” of gasoline would be allowed through strikers’ lines, seeking to pile pressure on the government with the specter of possible shortages at pumps for motorists.

Emmanuel Lepine, representing chemical industry employees at the CGT union, said workers were striking at seven of eight French refineries. He said their walkouts would last through Friday.

Workers are demanding “the withdrawal of this reform that no one wants,” Lepine said on France Info radio.

The government played down the impact of refinery disruptions, saying France has fuel stocks to last beyond three months and that more than 98% of the country’s 11,000 gas stations are completely unaffected. 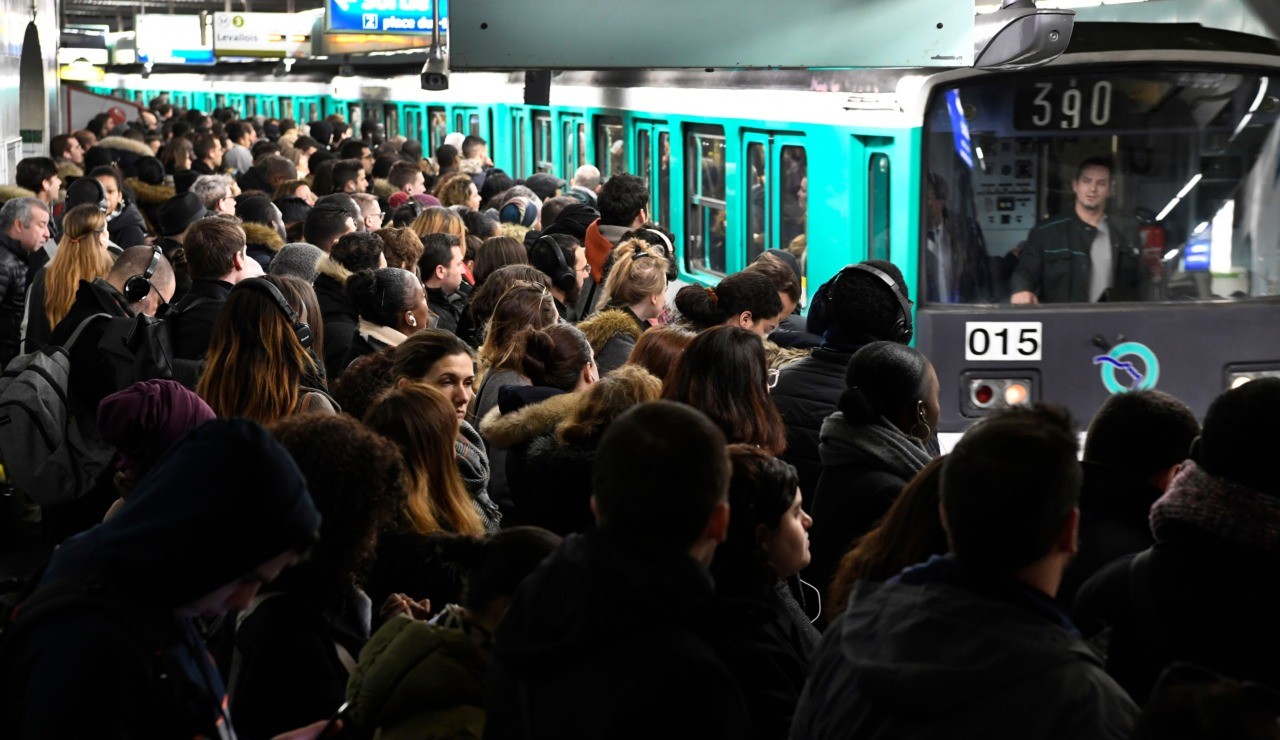 Commuters stand in a platform at Saint-Lazare subway station on the 34th day of a strike of French state rail company SNCF and Paris public transports operator RATP employees over the French government’s plan to overhaul the country’s retirement system, as part of a nation-wide movement, on January 7, 2020, in Paris. (Photo by BERTRAND GUAY / AFP)