A twice-deported illegal alien has been accused of murdering three men in the sanctuary state of California.

According to law enforcement, Garcia already had an active warrant for his arrest for allegedly drunk driving and a warrant for drug crimes before the murders. Though the illegal alien was previously deported from the U.S. twice, he returned to California at an unknown time following his last deportation. 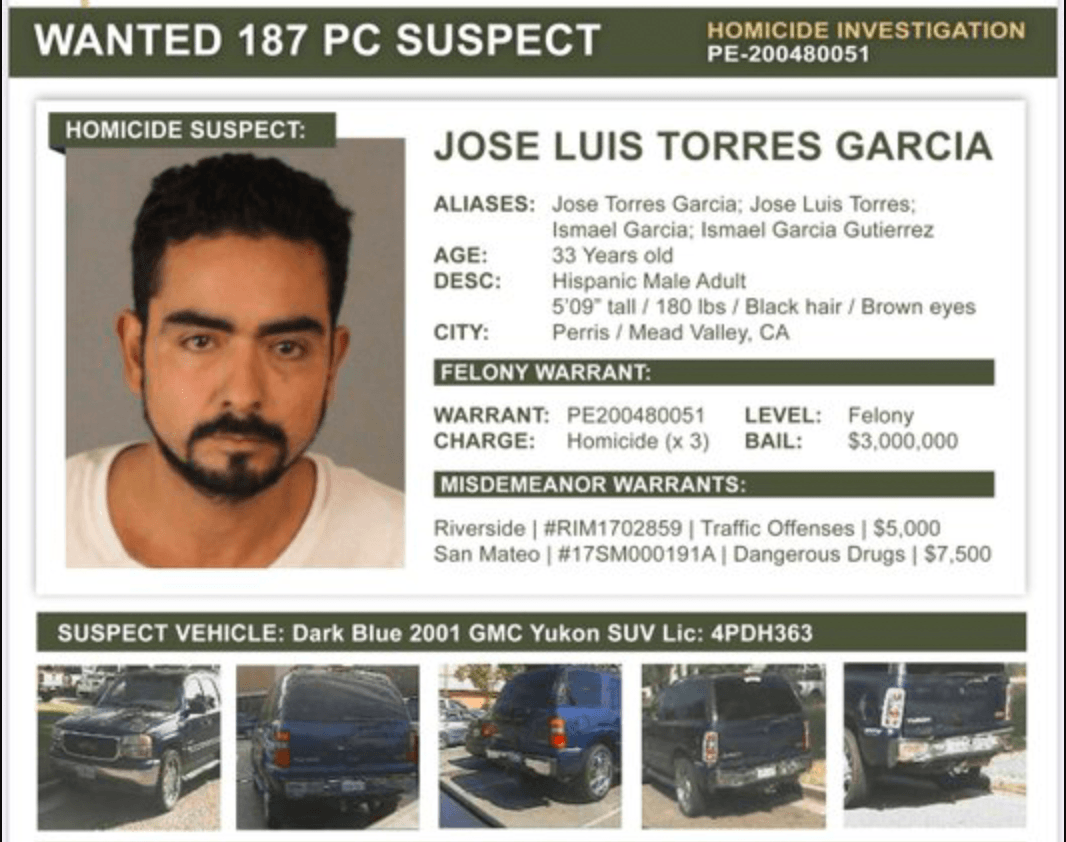 “At this time, we believe this person acted alone in the homicide. He should be considered armed and extremely dangerous,” Riverside County Sheriff Chad Bianco told local media and the public.”Do not make contact with him. Notify law enforcement immediately.”

“Three people killed at the same time — that was a message for something, whether it was for someone else, or for them. It certainly is not the norm,” Bianco said.

Bianco said the illegal alien may have already fled to Mexico but is requesting the public’s help in locating him. Garcia is 5’9″ and weighs approximately 180 pounds. He has brown eyes, black hair, and was last seen driving a 2001 dark blue GMC Yukon. The vehicle has a “4PDH363” California license plate.

When and if the illegal alien is captured, he will be held on a $3 million bond for the murders.